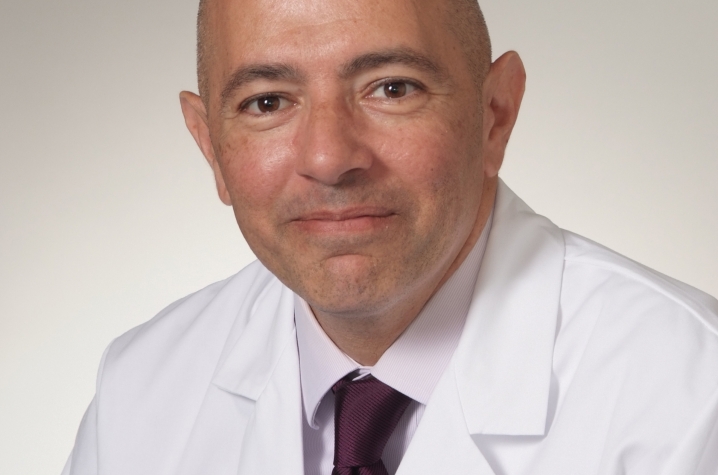 LEXINGTON, Ky. (March 7, 2016) — Idiopathic pulmonary fibrosis (IPF) is a chronic adult lung disease in which normal lung tissue is slowly replaced by scar tissue, affecting seven to 16 of every 100,000 Americans. Though the name is similar, IPF differs from cystic fibrosis, a genetic disease that causes thickening of bodily fluids (particularly in the lungs) and first appears in newborns and children.

It is thought to be caused by the activation of a patient’s own immune system against their lungs, for reasons not fully understood at this point of time, hence the term "idiopathic." Most patients show no signs of the disease until their fifth or sixth decade of life.

What are the symptoms of IPF?

If you experience these symptoms and they persist despite prescribed treatment, seek a physician who specializes in lung diseases. The average delay between onset of symptoms and referral to advanced lung specialists is two years, with delay in referral being a risk factor for death. More than half of IPF patients report a delay of at least one year between the onset of symptoms and diagnosis.

How is IPF diagnosed and treated?

A chest X-ray often suggests the diagnosis (it usually shows abnormal lungs) and a chest CT scan is often diagnostic of the disease. Surgical lung biopsy (taking a small piece of lung tissue) is often not necessary to make the diagnosis.  The average survival from the time of diagnosis is approximately three to four years.

There are newly approved pills that have been shown to slow down the disease when diagnosed in the earliest stages, but there are no medications that have convincingly shown to prolong survival. The progression of the disease will lead to oxygen dependence.

Oxygen dependence usually signals decline (sometimes accelerated) with associated progressive breathlessness and worsening in quality of life, including social functioning due to their physical limitations. At that point, lung transplantation will be the only option to prolong survival in carefully selected patients with this disease.

What is the prognosis for patients with IPF?

In 2005, the waiting list for transplantation was changed due to excessive deaths of IPF patients on the list. It changed from “first come, first served” to a scoring system whereby sicker patients get prioritized at time of listing. This has resulted in a higher number of IPF patients transplanted compared to the era prior to 2005. The average survival after lung transplantation is  approximately 5-6 years. Early referral is key for patients to be listed and to make the wait time on the list.

Dr. Maher Baz is the medical director of the lung transplantation program at UK HealthCare.