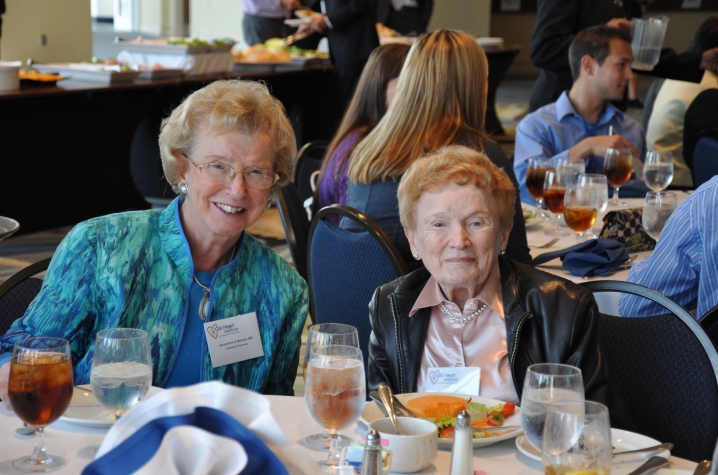 LEXINGTON, Ky. (Nov. 1, 2012) — At the age of 5, Dr. Jacqueline Noonan began dreaming of being a doctor. At the age of seven, she decided she wanted to be a pediatrician.

She never even considered that it might be more difficult because of her gender.

"It never dawned on me that there would be prejudice because I was a woman," Noonan said. "I never presumed that if anything bad or good happened to me, it had anything to do with me being a woman."

Today, Noonan is one of eight female heart specialists at UK HealthCare who have carried on a strong tradition of female cardiologists.

“We are fortunate to have had several female icons in cardiology at UK — Jacqueline Noonan, Nancy Flowers, Cindy Grines among them," said Dr. Susan Smyth, chief of the Division of Cardiovascular Medicine and co-director of the Gill Heart Institute. "These trailblazing women made fundamental contributions to congenital heart disease, electrophysiology, and percutaneous management of heart disease. Their dedication to the field opened many doors for other women.”

In her first class at the University of Vermont Medical School, Noonan was one of four women.

When she came to UK to teach her first class in 1961, she had one female student.

"Even if it was, I wouldn't have paid attention to it," Noonan said. "A lot of it is in the eye of the beholder. If things don't go right, you can always blame it on something. But that's just life. Sometimes it goes your way and sometimes it doesn't.

"You have to have confidence in what you're doing, and you have to know that your life has value — it has as much value as anyone else's. Think positively. Don't blame other people when things don't go right. Look to yourself and see if you did the best job you could do, work hard, and be dedicated."

During her more than 51 years as a cardiologist, Noonan has received numerous accolades, including having a congenital heart disorder named after her — Noonan Syndrome, which is characterized by distinct facial traits, short stature, and congenital heart defects.

Noonan retired in 1999 and became a professor emeritus. However, she still sees patients at regional heart clinics in Eastern Kentucky two times per month, and still works with students on a daily basis. She has had a hand in teaching every group of students who have graduated from the University of Kentucky College of Medicine since it opened in 1961.

"I don't have children of my own, but I have many, many students and patients who are like my children," Noonan said.

Despite leading a tradition of women cardiologists at UK, Noonan stresses that gender should play no role in anyone's dream to become a cardiologist or any kind of doctor. Anyone, despite his or her gender, can work hard and reach their dreams.

"If you have a passion for something, go for it," Noonan said. "If it's a difficult road, you've just got to be willing to work hard. Work hard and you can succeed."