LEXINGTON, Ky. (June 26, 2015) — Regenerative medicine is a relatively new concept in the U.S., although research into the use of stem cells to treat disease is more established in Europe. Since stem cells have the ability to differentiate into any type of cell, they have the potential to foster the repair of damaged tissue. As such, stem cell therapy offers great promise in the development of medical treatments for a wide range of conditions — including heart attacks. [youtube]

"When someone has a heart attack, we shift into maintenance mode by prescribing medicines and other treatments to prevent another heart attack, but we can't reverse the damage that's already done," said Dr. Ahmed Abdel-Latif, assistant professor at the University of Kentucky's Gill Heart Institute. "With all of our advances in cardiovascular medicine, there is currently only one approved way to repair damaged heart tissue after a heart attack: with a heart transplant."

An average of 21 people die every day in the U.S. waiting for an organ transplant, according to the Organ Procurement and Transplantation Network (OPTN) and the Gift of Life Donor Program. Clearly, transplant isn't a very elegant solution due to the limited number of donor hearts available and the lifetime of maintenance required to avoid complications post-transplantation, Latif said. Furthermore, heart transplants often aren't a viable option for the very sick or those with co-morbidities such as pulmonary hypertension. But stem cells —which have the potential to grow into a variety of heart cell types — might repair and regenerate damaged heart tissue, and research at the Gill Heart Institute is looking into that concept.

"There are very few U.S. centers offering regenerative medicine for cardiovascular disease," Latif said. "We are an active lab with a full spectrum of studies exploring translational opportunities for stem cell therapy."

One such study, called ALLSTAR (ALLogenic cardiac Stem cells to Achieve myocardial Regeneration) is looking into the possibility that stem cell therapy can repair damaged heart tissue after a recent heart attack. These patients often suffer long-term consequences of their heart attack, slipping into heart failure and potentially requiring an expensive and risky heart transplant.

Eric Mason is one of the first patients to enroll in the ALLSTAR trial at the Gill.  He was just 35 years old when he had a life-threatening heart attack.

"In order for the heart to function properly, it needs to be supplied with sufficient amounts of oxygen-rich blood," Latif said. "The left coronary artery is tasked with this responsibility as it supplies blood to large areas of the heart. When this artery becomes blocked, it will cause a massive attack that will likely lead to sudden death."

Mason had blockages in all three of his arteries — 80 percent, 90 percent and, in the left coronary artery, 100 percent.  His type of heart attack is nicknamed "the widow maker" because so few patients survive.

"Eric's father died of a heart attack at age 41, and Eric's symptoms were the same as a friend of ours who also had a heart attack," Misty Mason said.  "So when he called to tell me it felt like an elephant was sitting on his chest, I told him to take two baby aspirin and get to the emergency room."

Eric Mason was taken to the cath lab at the Gill Heart Institute from the emergency room in Richmond.  There, Latif inserted three stents — small devices that prop open blocked arteries, restoring blood flow.  But while the stents helped prevent further injury, his heart attack had already caused a dangerous amount of irreversible damage.

Before Eric left the hospital, Latif approached him about joining the ALLSTAR study.

"Eric was an ideal candidate for the study because younger patients with moderate to severe damage to the heart muscle are the ones most likely to benefit from stem cell therapy," Latif said.  "Without treatment, it's likely Eric would spend a lifetime crippled by heart failure and/or require a heart transplant."

Eric was anxious at first about participating in the study but with the encouragement of his uncle, a primary care physician and UK graduate, he quickly realized it was a unique opportunity to help himself and others in the same situation.

"My uncle pointed out that it couldn't hurt, and might help," Eric said. "If it helps others to prevent what happened to me, why wouldn't I take the chance?"

Six months after Eric's heart attack,  Latif snaked a catheter into Eric's heart from a small incision in Eric's wrist.  Positioning the catheter as closely as possible to the area of damaged tissue, Latif released a fluid containing either about 25 million stem cells harvested from the heart tissue of volunteer donors or a placebo.

"An important element of all research is the comparison in results between people who received the treatment and people who did not, so we don't know yet whether Eric actually received stem cells," Latif said.

Now comes a period of watchful waiting and regular testing, including echocardiograms, to assess whether Eric's ejection fraction — a measure of the heart's ability to pump blood - improves long-term, and, if so, whether that improvement is a result of the stem cell therapy.

The active part of the study is one year, but Latif will follow Eric's progress for five years to assess the treatment's effectiveness over time.

"This treatment has enormous potential to improve the lives of thousands of people who suffer heart attacks each year," Latif said.  "When someone donates their heart today, it can saves the life of one other person, but if we are able to harvest stem cells from one donor heart, we might be able to save the lives of dozens of people."

"If the study demonstrates this treatment's effectiveness, it will revolutionize cardiac care."

In the meantime, this former two-time state amateur golf champ and father of two daughters, ages 5 and 2, has returned to his job as manager for a golf club in Booneville, quit smoking, improved his diet and exercise regimens, and counted his blessings.

"I played in my first golf tournament when I was 12 years old, and that's the same year my dad died of his heart attack," Eric said.  "I plan to be around to walk Erica and Rylee down the aisle, and being a part of this research is one way I can make sure that happens." 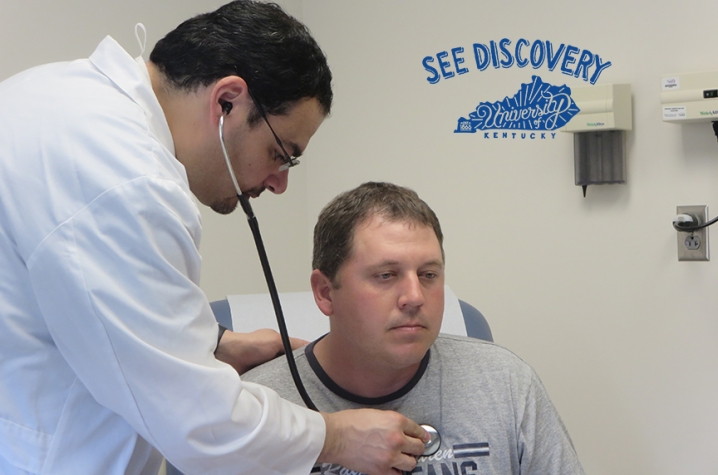 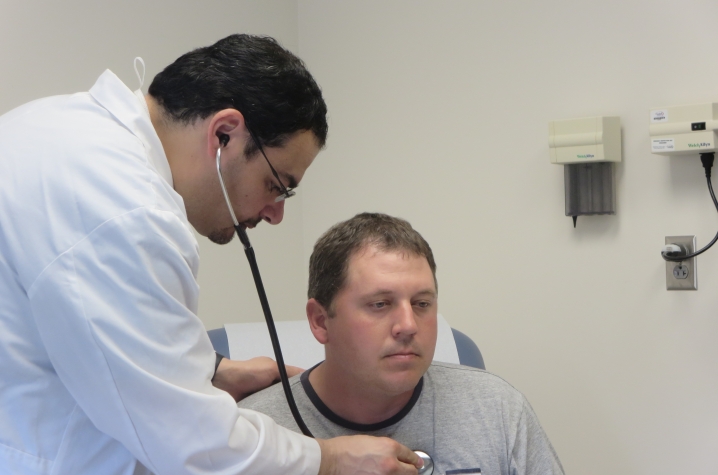 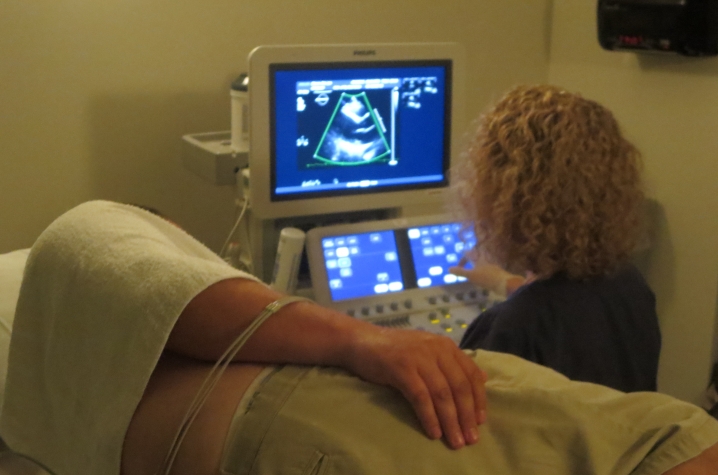 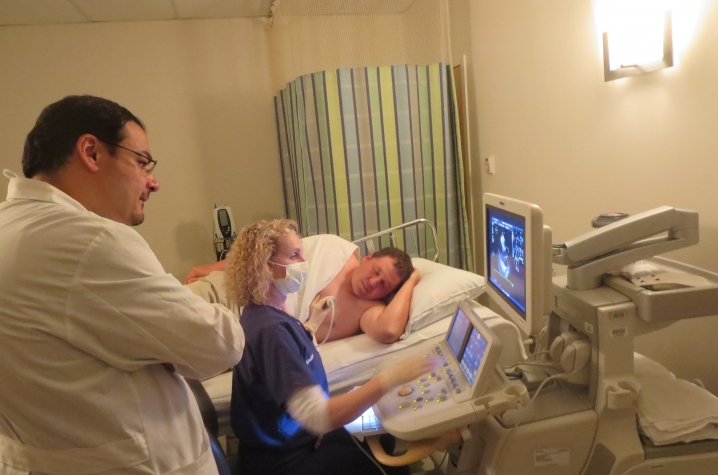