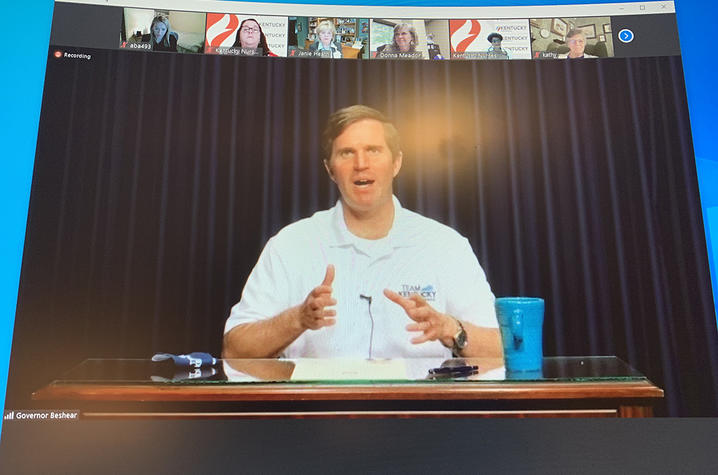 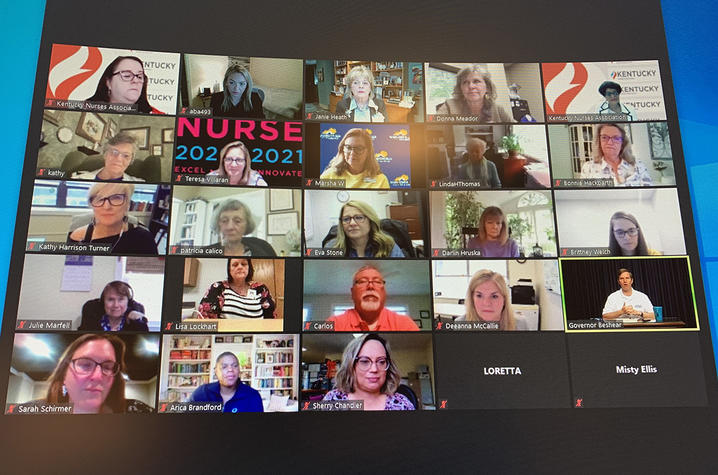 LEXINGTON, Ky. (May 13, 2021) – In an effort to raise awareness about nurses' mental health and help curb the rate of nurse suicide, Governor Andy Beshear has declared May as Nurse Suicide Prevention Month in Kentucky.

University of Kentucky College of Nursing Dean Janie Heath joined Delanor Manson, president of the Kentucky Nurses Association (KNA), Donna Meador, CEO of KNA and other Kentucky nurse leaders who have advocated for increased nurse suicide awareness to announce the important prevention declaration during a virtual signing ceremony with Gov. Beshear on May 5.

"Nurses are known for providing exemplary care and compassion for their patients, but oftentimes they ignore prioritizing their own health and well-being," said Heath, who is also president of the Kentucky Nurses Action Coalition (KNAC). "Bringing awareness to nurse suicide is an important step in our mission to support nurses' mental health and encouraging a culture of self-care in the nursing profession. Thank you to Gov. Beshear for supporting Kentucky nurses and helping shine a light on this tragic crisis."

Studies show that even prior to the pandemic, rates of nurse suicide, depression and job-related stress were higher than in the general population. Female nurses, who make up 85% of the nursing workforce, are especially at risk for suicide. Female nurses are twice as likely as females in the general population to commit suicide and 70% more likely than their female physician counterparts despite facing similar risk factors.

May has also been declared National Nurses Month by the American Nurses Association, an extension of the traditional National Nurses Week (May 6-12) and in addition to extending the Year of Nurse into 2021.

In honor of both month-long declarations, KNA is offering several free events and continuing education opportunities including mental health and suicide prevention training.

If you or someone you know have thoughts of suicide or self-harm, call the National Suicide Prevention Lifeline anytime 24/7 at 1 800-273-TALK and visit the ANA's nurse suicide prevention resource site for more information.