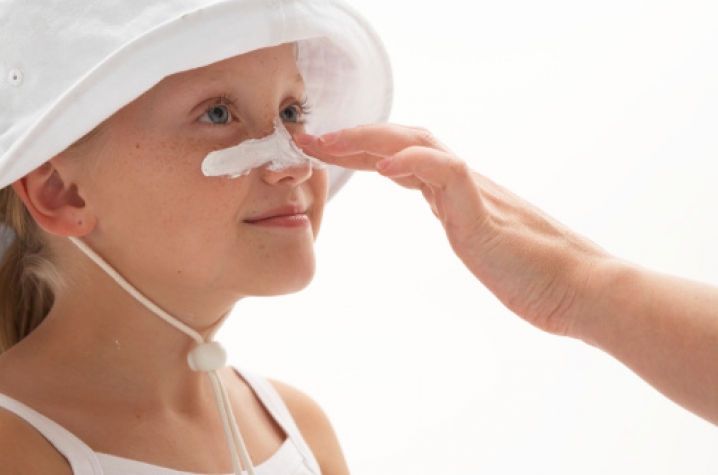 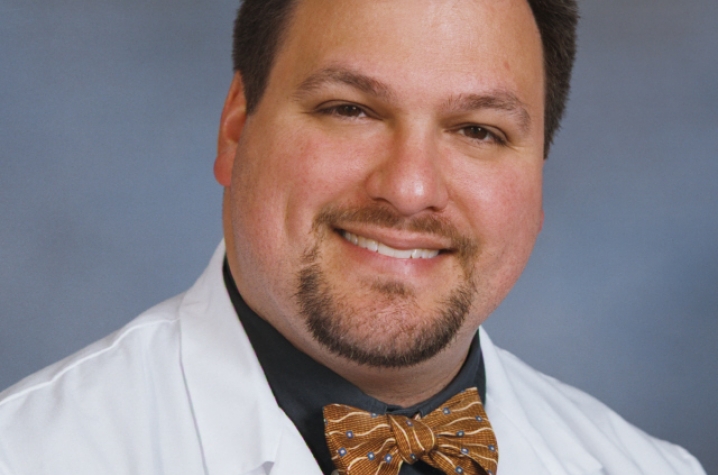 LEXINGTON, Ky. (May 14, 2014) - Painful blisters and glowing red skin after a day outdoors are the short-term consequences of a child's overexposure to the sun.  While sunburn heals with time, the long-term effects to the skin are irreversible. It's often years - even decades - later when the more dire consequences of sunburn can resurface in the form of malignant melanoma.

Because 80 percent of lifetime sun exposure occurs before the age of 20, efforts to prevent melanoma, the deadliest form of skin cancer, must begin early in life. For a variety of reasons, melanoma incidence has increased steadily since the 1930s when only one out of 1,600 Americans were diagnosed with the disease.

Today, melanoma affects one in 60 Americans and is appearing more frequently in teenagers and young adults. In fact, melanoma is the most common cancer of young adults ages 25-29 and is the leading cause of cancer death in women ages 25-30. Because it can spread quickly through the body to places such as the brain and the liver, melanoma accounts for three-quarters of total deaths caused by skin cancer. Ironically, as much as melanoma is a growing public health concern, it is also largely preventable. Ultraviolet (UV) radiation from sunlight and tanning beds plays a major role in melanoma development.

Dr. John D'Orazio, a researcher at the Markey Cancer Center and a pediatric oncologist at Kentucky Children's Hospital, rarely sees skin cancer in children but says the pediatric years are a critical period for preventing melanoma later in life. Melanoma risk correlates especially with sunburns, and since the skin is more delicate in childhood, children are especially susceptible to sunburns.  Having at least five sunburns increases the lifetime risk of melanoma, and blistering sunburns are particularly risky.

According to D'Orazio, skin pigmentation and amount of exposure to UV rays are the predominant risk factors for developing melanoma. People who have dark pigmentation have high amounts of melanin pigment in their skin. Melanin acts like a natural sunblock and protects the skin very effectively against UV damage. Those who have fair skin and a lighter complexion are born with lower amounts of melanin in their skin and are much more vulnerable to UV penetrating deeply and altering skin cells. There is overwhelming evidence to show that skin cancers such as melanoma are caused by UV radiation that penetrates into the skin and causes mutations in skin cells.

Therefore, the more UV rays that penetrate into the skin without the protection of natural or artificial sunblocking agents, the higher the person's risk of developing melanoma. Children with fair complexions are most vulnerable to damaging effects of UV rays. It's important to notice whether a child is prone to sunburning or tanning. Knowing a child's skin profile will help parents determine level of protection that should be enforced during outdoor activities. Parents and caregivers must be vigilant about restricting sun and tanning bed exposure to ensure the long-term skin health of children and teens.

D'Orazio says to use common sense when it comes to sun safety and to avoid sunburns as much as possible. Avoiding or limiting outdoor activities during the time of day the sun is most intense, between 10 a.m. and 4 p.m., is a good strategy.  If sunburn-susceptible children are outdoors during this time, seek a shady spot and wear UV-protected items, such as bathing suits, rash guards, sunglasses and hats to escape the sun. Apply sunscreen with a minimum SPF of 15 designed to block both UVB and UVA rays. Make sure all exposed areas of the body are coated, including the feet and the tops of ears. At a minimum, sunscreen should be applied every 90 minutes and immediately after sweating or swimming. Because their components break down over time, sunscreens should be replaced annually.

Get Teens Out of Tanning Beds

Despite having a strong link to melanoma, the use of tanning beds in adolescents and young adults continues to skyrocket. Sixty-seven percent of teens think they look better with a tan and 2.3 million American teens are estimated to visit tanning beds at least once a year. D'Orazio said research has shown a connection between frequent use of tanning beds and other addictive behaviors.

"The problem with the tanning bed is once you start, it’s hard to stop," D'Orazio said. "Many tanning bed patrons say they look and feel better with a tan… and there’s a good reason for this. When your skin tans, your body makes natural endorphins, which are morphine-like compounds."

One visit to the tanning bed under the age of 30 increases the chance of developing melanoma by 75 percent.  In fact, the UV output of a tanning bed can be 10 times stronger than the sun. Currently there is no way to get a tan without the increased risk of melanoma and other skin cancers. In spite of those risks, in the greater Lexington area, tanning beds outnumber McDonald's restaurants and Starbucks combined.

Regulation of the tanning bed industry, including UV lamp output and restrictions on use by minors, is highly variable among states. Currently in Kentucky, there is no ban in place for indoor tanning by minors.  Children under the age of 14 are allowed to use indoor tanning facilities if accompanied by a parent, and those ages 14-17 can come alone if they have signed parental consent. Sunless tanning products are healthier alternatives to tanning, but users should be aware such products don't provide much UV protection. Parents should strongly consider the risks when a teen expresses an interest in a tanning beds and other tanning products.

Fortunately, skin cancer in children is very rare, and D’Orazio has only seen a handful of children with melanoma.  However, risk starts to rise in late adolescence and increases as people age. Death from this aggressive cancer is all too common in people in the prime of their lives. In his laboratory, D'Orazio is currently investigating ways to replicate the protective melanin mechanism for people who are especially vulnerable to sunburn and reverse the negative effects of UV exposure.

“By understanding what happens in the skin during sun tanning, we hope to develop new drugs to make tanning possible without the risk of cancer.”

For now, however, tanning remains a very risky business, especially for fair-skinned people who get sunburns.  For these people, it is especially important to do regular skin surveys to get an early jump on problems. Early detection of melanoma can save lives. Since most melanomas develop in moles, guidelines focus on mole awareness. Be aware of the ABCDEs of moles to detect problematic or irregular patterns on the skin:

Skin surveys should start sometime in adolescence and be done at regular intervals, depending on melanoma risk.  Since children and teens still associate beauty with tanning, a cultural change will be required for young people to fully embrace sun protection.

With the opening of pools, proms, graduations and warm-weather events, teens are focused on tanning in the spring and early summer seasons. Parents and pediatricians should look for “teachable moments” this time of year, such as discussions about tanning or sunscreen use, to share the dangers of sun exposure with children who are at high risk of sunburn.