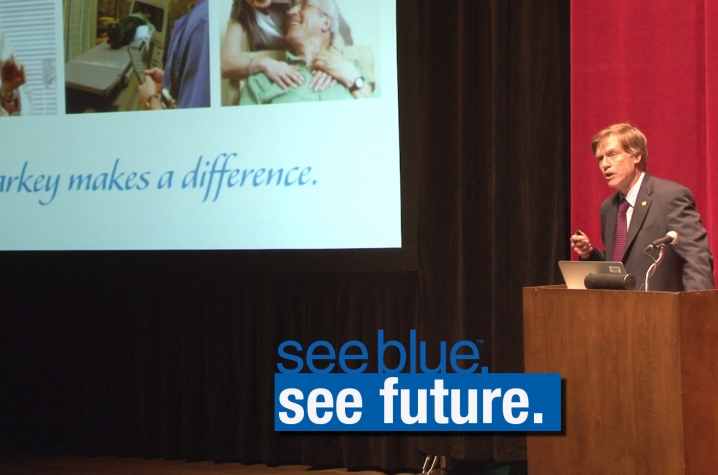 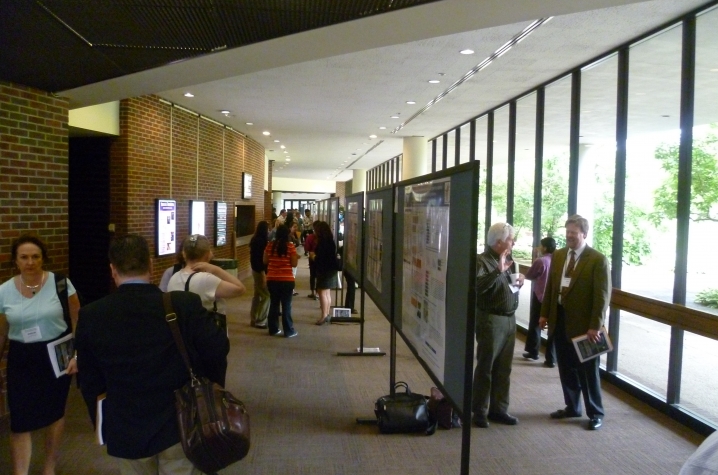 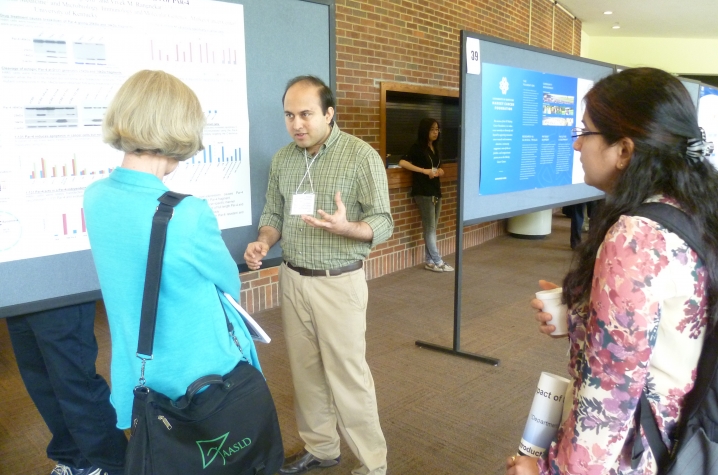 LEXINGTON, Ky. (May 23, 2014) – The future looks bright for cancer research in Kentucky – on May 22, the University of Kentucky Markey Cancer Center held its annual Markey Cancer Center Research Day, highlighting the work of UK students, postdoctoral fellows and faculty from the past year.

As the cancer center has grown, Markey’s research programs have become even more robust, helping propel the center into becoming the state’s first and only National Cancer Institute (NCI) designated cancer center.

“The NCI is pretty much all about research – it’s a huge part of what they’re looking for when they award the designation,” said Markey Cancer Center Director Dr. Mark Evers.

Research Day not only provides an opportunity for investigators to showcase their work, it also helps educate researchers about other ongoing projects at UK that they may not have known about before – and this often leads to new, fruitful collaborations for future research projects. Kathleen O’Connor, Markey’s associate director for cancer education, notes that providing opportunities for researchers to discuss their work with others is key for growth and improvement.

“If we don’t communicate the research that we do, then there’s no point in us doing it,” said O’Connor, who has been tasked with planning Markey Research Day for the past five years. “What we need to do is talk about our research, translate our research, and learn about opportunities to collaborate.”

Evers, who arrived at UK in 2009 with the goal of molding Markey into an NCI-designated cancer center within five years, agrees.

“It gives our students, fellows and faculty an opportunity to present their latest work, and it’s also turned out to be a great venue for collaboration,” Evers said. “Because even though we’re a very collaborative, collegial university, sometimes people working across the street don’t know about each other’s research. This gives them the opportunity to see what else is going on.”

The event finished with an award ceremony. Awards were presented in two different categories - basic science and clinical science - for both graduate and postdoctoral fellows. A Researcher's Choice Award was also presented, based on a popular vote by people who attended Research Day.