LEXINGTON, Ky. (July 26, 2013) — It appears tiny and inconsequential enough, but the "super mouse" — created by researchers at the University of Kentucky Markey Cancer Center some six years ago — has spawned plenty of new research into preventing and/or treating many types of cancer.

Back in 2007, cancer researcher Vivek Rangnekar and his team announced that they discovered a gene — known as Par-4 —that specifically kills cancer cells without killing normal cells. Rangnekar's team used this gene to develop cancer-resistant mice that become known as "super mice" for their ability to stay healthy and tumor-free compared to normal mice.

Since that initial discovery, researchers across the country have built upon Rangnekar's discovery, including a team at the University of Pennsylvania, who recently published findings on how Par-4 downregulation affects breast cancer recurrence.

In a new article for Cancer Cell, UK researchers including Rangnekar as well as Tripti Shrestha-Bhattarai and Nikhil Hebbar discuss a recent study and how its findings may lead to the development of novel treatment strategies for breast cancer.

Breast cancer is the second leading cause of cancer death in women. Even with treatment, one in five patients will relapse from the disease within 10 years, and patients who have triple-negative breast cancer have an especially high risk of both local and distant recurrence. Treatment for these aggressive cancers is difficult because they tend to be resistant to "standard of care" therapies.

The study performed by the UPenn team showed that in women who experienced breast cancer relapse, the Par-4 protein was suppressed. These low levels of Par-4 allowed the cancerous cells to survive and multiply even after a full course of treatment. Conversely, tumor cells that have high levels of Par-4 are eliminated by apoptosis (cell death) following treatment. These new findings may provide insight into deciding which patients are at the highest risk for cancer recurrence.

"What this tells us is that low Par-4 may act as a predictor of breast cancer recurrence," said Rangnekar, associate director for the UK Markey Cancer Center. "This is important, because although this group studied only breast cancer, their observations may be relevant to recurrence in a broad range of cancer types because Par-4 is a general tumor suppressor gene."

Using Par-4 levels as a biomarker prior to treatment — and knowing whether that patient is at an elevated risk of recurrence — would give physicians another tool to use in determining the best course of treatment. Additionally, their findings may provide the basis for the development of novel treatment strategies for breast cancer.

Other 'tumor suppressor' genes exist, says Rangnekar, but what makes Par-4 so special is that it is not mutated as frequently as other known suppressors, and it's "selective" in its actions in that Par-4 will only kill cancer cells and not normal cells. Par-4 can become 'suppressed' or inactivated, leading to tumor re-growth, but Par-4  can be 'activated' again — and one of the next major steps is developing a safe and effective way to activate Par-4 in the cancerous cells.

"If Par-4 is still present in the cells, the strategy should be to try and utilize that Par-4, so as to restore it’s apoptotic function and bring about apoptosis of the cancer cells," Rangnekar said.

Researchers are still years away from being ready to test these theories in clinical trials, but Rangnekar says they have already begun looking at agents, both natural and synthetic, that may help restore the expression of Par-4 in human cells, allowing the cancerous cells to become susceptible to treatment. Each new study on Par-4 brings researchers one step closer to developing a powerful method for both treating and preventing many of the deadliest types of cancers.

The findings in the cancer-resistant mouse have stimulated several collaborative projects on Par-4 at UK. Several UK investigators are now examining the role of Par-4 in diverse types of tumors: recently, Rangnekar and UK cancer biologist and immunologist Subbarao Bondada were jointly funded by the National Institutes of Health to study the role of Par-4 in chronic lymphocytic leukemia; UK pathologist Craig Horbinski’s group is investigating Par-4 in aggressive brain tumors called glioblastomas; and UK chemist David Watt and cancer biologist Chunming Liu are developing small molecules that can activate Par-4 and kill cancer cells.

“Our multi-disciplinary team, working together, uses a multi-faceted strategy in our research,” Rangnekar said. “This allows us to gain a better understanding of the complexities of cancer in order to effectively kill recurrent tumor cells, especially those that have spread from their origin to distant tissue sites.” 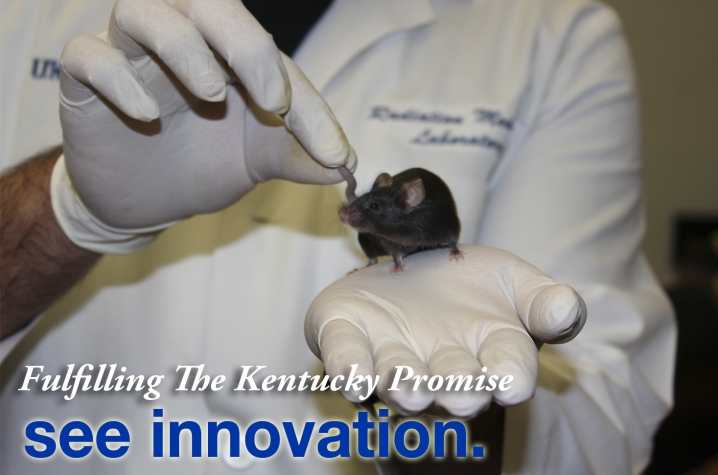 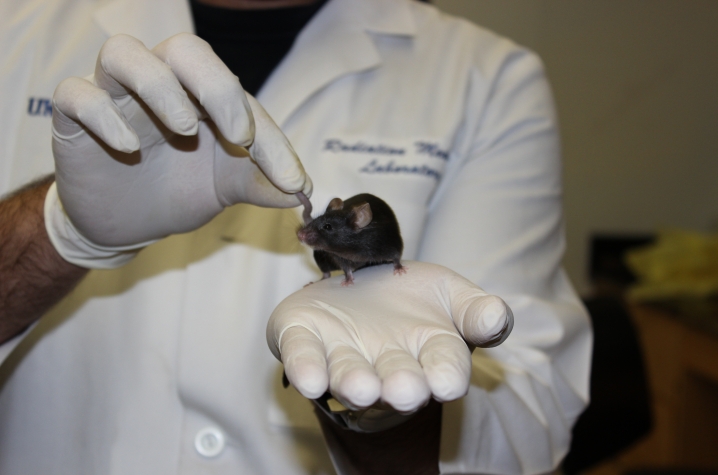 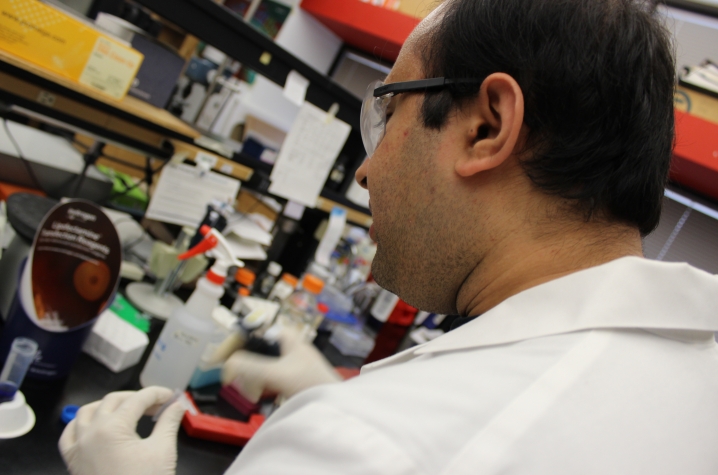 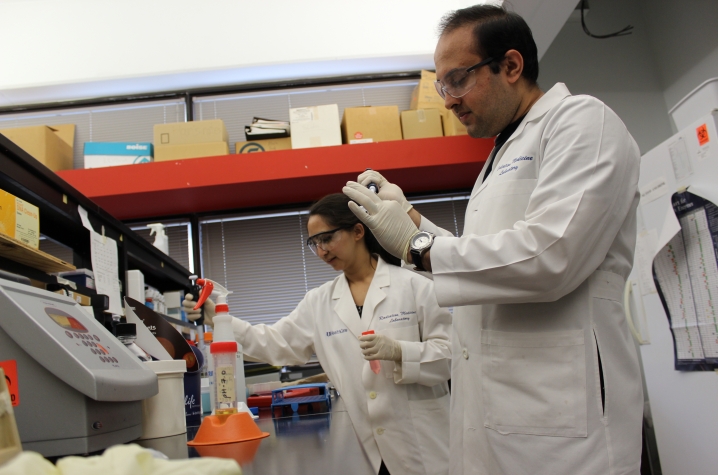