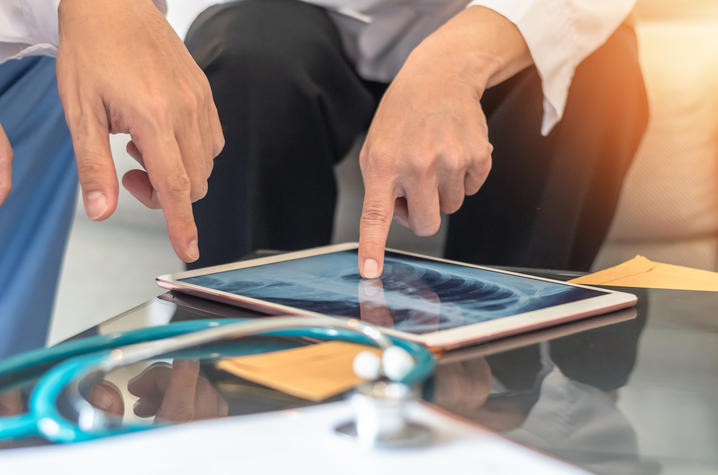 Kentucky leads the nation in both the rate of new cases and deaths because of lung cancer, with the rural and medically underserved Appalachian region carrying the highest cancer burden. The results of the study published in Clinical Lung Cancer will help researchers and health care professionals direct treatment and prevention efforts in the Commonwealth.

The research led by Christine Brainson, Ph.D., an assistant professor in the College of Medicine’s Department of Toxicology and Cancer Biology, and Eric Durbin, Dr.P.H., assistant professor of Biomedical Informatics in the Department of Internal Medicine and director of the Kentucky Cancer Registry, shows that Kentucky has more late-stage diagnoses and worse lung cancer survival rates compared to other states.

“Kentuckians continue to suffer from a horrific burden from lung cancer. Despite gains made in the reduction of cigarette smoking among many of our citizens, we continue to lead the nation in lung cancer incidence and mortality,” said Durbin. “This study reveals statewide and regional disparities in lung cancer subtypes and lethality that empowers Kentucky investigators and healthcare providers to tailor intervention strategies and research initiatives for the greatest benefit to the Commonwealth.”

Data, which were analyzed by lung cancer subtype, also showed that there are significantly higher proportions of small cell and squamous cell carcinomas, which have poorer prognoses and patient outcomes.

In Appalachian Kentucky, females have a 3.5-fold higher incidence rate of small cell lung cancer than the SEER population, and males have a 3.1-fold higher incidence rate of squamous cell carcinoma. The greater disparities seen in Appalachian Kentucky for these subtypes suggest it’s one of the factors for higher lung cancer mortality rates in the region. They are also linked to increased environmental and lifestyle hazards including smoking.

“Our findings indicate that Kentucky lung cancer patients may benefit from expanded efforts in prevention, drug discovery, and health care delivery, especially in the rural and Appalachian regions,” Brainson said. “They also speak to a need for targeted therapies for these groups of patients.”