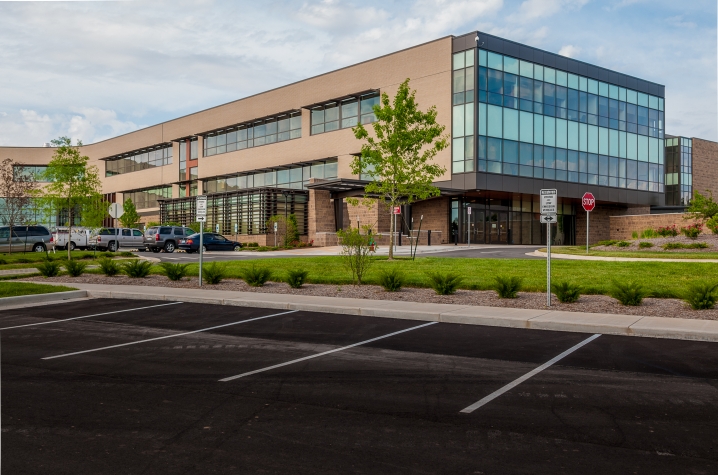 The state-of-the-art facility houses nine patient care units and 239 beds. Six of the nine units opened Tuesday. The Allen Tower, which will house the Acquired Brain Injury Unit and the Long-Term Care Unit, will open in 2014.

The campus also is home to the Central Kentucky Recovery Center, four personal care homes that help individuals transition to the community. The move brought 28 residents to two of the homes, and the remaining two homes will open at a later date.

The state-owned Eastern State Hospital facility is managed by UK HealthCare. The management transition effort began in January, and extensive planning went into ensuring the safe and efficient transition of patients from the old facility to the new.

“Opening a new mental health facility and relocating patients took a tremendous, coordinated effort on the part of many people to ensure the safety and comfort of our patients,” said John W. Phillips, interim chief administrative officer of Eastern State Hospital. “Thanks to the team’s hard work and commitment to patient safety, the plan was followed to the letter, and the move went extremely smoothly.”

The first hospital patients arrived around 9 a.m., and the move concluded by 11:45 a.m. Ten vans transported the patients, accompanied by staff, and their belongings on a staggered schedule throughout the morning. Late last week, movers relocated thousands of boxes of records and other office and hospital items to the new facility to prepare for the opening.

The new facility replaces a hospital that had been in operation since 1824, making it the second oldest psychiatric facility in the country. Eastern State Hospital provides an extensive range of inpatient mental health services, both acute and long-term, to adults living with the 50 counties surrounding and including Fayette County.

The new contact information for Eastern State Hospital is: