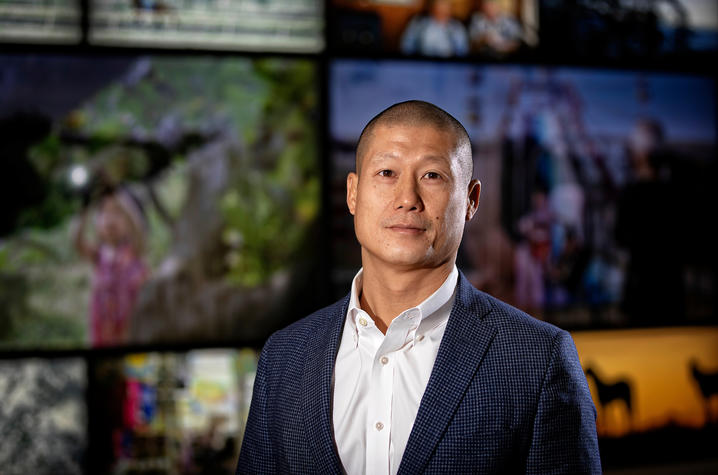 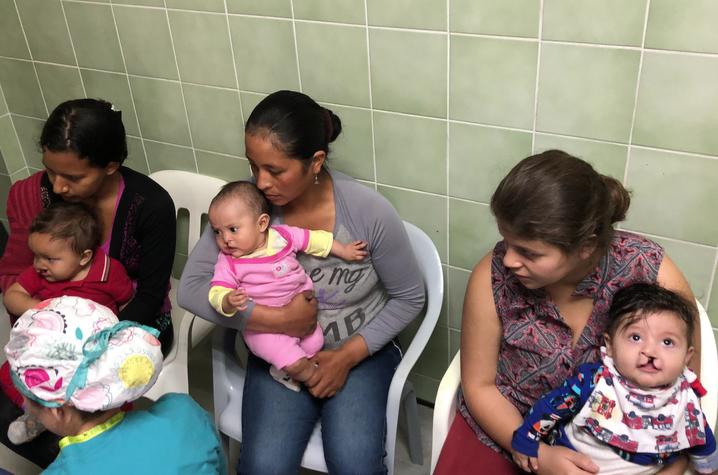 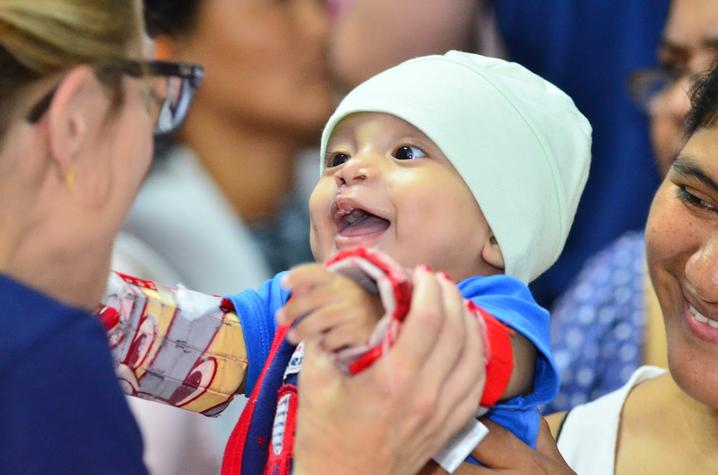 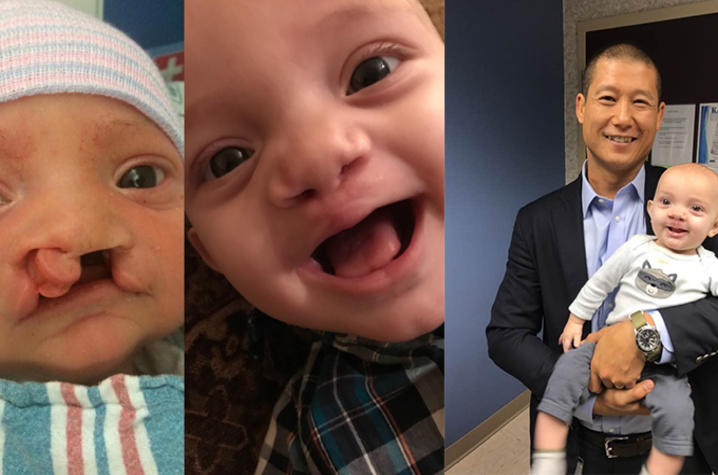 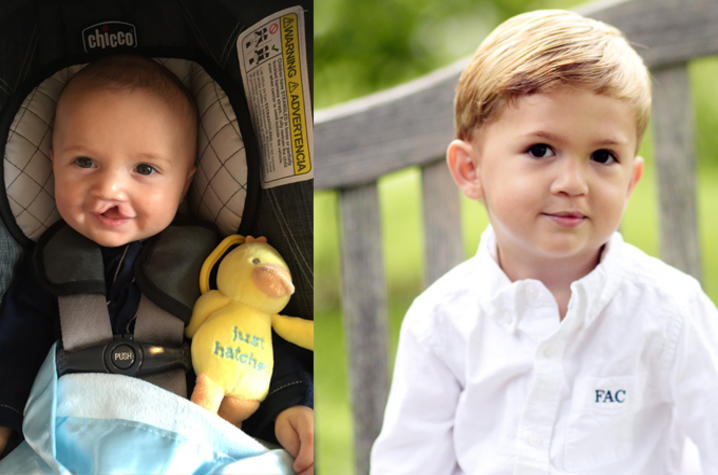 LEXINGTON, Ky. (Nov. 21, 2018) – For plastic surgery resident Dr. Ashley Boustany, spending a week in a hospital in Ecuador working with surgeons and dentist on cleft lips and palates was the best week of her entire residency.

"And after five years of residency," said Boustany with a laugh, "that's really saying something."

Along with pediatric plastic surgeon Dr. James Liau, Boustany traveled to Guayaquil, Ecuador with the Global Smile Foundation, an organization that brings together international teams of specialists to underserved parts of the world to provide comprehensive care for patients born with cleft lips and palates. Over the course of nine days, Dr. Liau and Dr. Boustany worked with teams of surgeons, anesthesiologists, dentists, speech therapists and psychiatrists to correct cleft lips and palates and provide comprehensive cleft care.

"This was my first trip, so in a way I feel like I got more out of it than [the surgeons], from a resident's standpoint," said Boustany. "It was all very supervised, but I got to do a fair amount of the operation. I learned a lot more about the surgery and the patients and comprehensive cleft care. It was a huge opportunity to go do that."

Working in Hospital León Becerra, a children's hospital in the port city of Guayaquil, surgical teams assessed the needs of patients from all over the region and screened them for surgery, dental work or speech therapy. Complications can arise early on, as a child with a cleft lip or palette or both will have a hard time eating or nursing and as a result can be undernourished and underweight.

"A lot of the children are a lot smaller than they would be here," said Boustany. "So even though they are the appropriate age, a lot of them have failure to thrive, which makes the whole thing more complicated. To be a candidate for surgery, they have to be a certain size to make it safe."

The days were long, and the surgeons operated on as many as 15 children in a day. But for Boustany, Liau and the other members of the team, the reactions from parents are worth it. This surgery is life changing for not just the young patients, but for families who struggle to feed and nourish their child. The surgery isn't just for aesthetics; cleft lips and palates can make it difficult to for babies to breathe, eat, drink and speak.

"The parents are used to seeing their child look a certain way, and to see such a drastic change in such a short time, they were very emotional," said Boustany.

While the trip was an educational one for residents such as Dr. Boustany, Dr. Liau cites the invaluable experience that comes with working with doctors from all over the world.

"It's great we have international groups, said Liau. "Every country gets set in the way that they do things, or have a different set of resources or different focus or another way to fix the lip or palette. Some ways work better than others, and that's for us to figure out. But having that variability and having that exposure to different ways of doing the surgery that looks just as good or better, and being open minded about different techniques is a big part of medicine and doing the best for your patients."

One such interaction with a surgeon from Brazil gave Dr. Liau a new method for addressing cleft lips. And before long, he had the opportunity to put it in to practice.

Nolan Burton of Mt. Sterling, Kentucky was born with a bilateral cleft lip and palette. Nolan was diagnosed via a prenatal ultrasound, and his parents, James and Katelin Burton, met with Dr. Liau to talk about treatment options.

"Nolan was on a feeding tube for a couple of months," said Nolan's mother Katelin. "It took us a while to find the right bottle and formula to have him successfully eating and drinking. Food and drink both would leak out everywhere until he had his repair."

Dr. Liau worked with Christina Perez, a pediatric dentist at UK, first tried a nonsurgical method to reshape Nolan's lip called a nasoalveolar molding, or NAM. But because of the angle of Nolan's upper lip, the gap wouldn't close.

"For Nolan's lip surgery, we used a technique that I learned down in Ecuador from a Brazilian surgeon", said Liau. "We resected a bit of bone in order to get the lip to line up.. That's not a common procedure here, but if I had never not gone on that trip and been open minded, I wouldn't have known to do that. Nolan is a cute kid, but we wouldn't have gotten that result if I hadn't learned that technique from this Brazilian surgeon."

Evan and Anna Ciannello were gutted when Anna's 20-week ultrasound revealed that their son Frankie had an incomplete unilateral cleft lip and palate. After weeks of research, they met with Dr. Liau who assured them that Frankie's condition was well within his wheelhouse.

Like Nolan, Frankie had trouble nursing, and relied on a special bottle for feeding. As Frankie moved into soft foods, feedings became a terrifying ordeal.

"Frankie had a pretty significant cleft palate so there were times when we were absolutely terrified as he sounded like he was choking or his food or milk would come out of his nose," said Frankie's mother Anna. "Dr. Liau warned us about this and kept reminding us over and over as scary as it may seem at the time, Frankie would be ok and would not choke to death. We had to take our time and be patient and not panic if the applesauce came out of Frankie's nose. I think it bothered us more than it bothered Frankie."

Frankie's first surgery happened at six months, and he had his second at eleven months. Dr. Liau connected the Ciannellos to an online community of other parents of children with cleft lips and palates, as well as referred them to a network of dentists, orthodontists and speech therapists. Frankie will need another significant surgery as his adult teeth come in, a bone graft from his hip to fix a gap in his gum line. But for now, he is approaching three years old and learning new words every day. And Frankie's parents are so grateful to Dr. Liau and his team that they set up Frankie's Fund and raised over $40,000 for Global Smile Foundation to support Dr. Liau's future trips to Ecuador.

"Dr. Liau is absolutely amazing at what he does," said Katelin Burton. "I knew when I handed my son over to him he was in great hands. Dr. Liau has been very responsive when it comes to questions and concerns before and after procedures. You can tell this is something he is passionate about. And we are forever grateful."

"It's one thing to have a doctor travel abroad to fix the cleft lip and palate, but to have an experienced and tremendously talented surgeon like Dr. Liau do this is just amazing and nothing short of a miracle. We are so fortunate to have him in central Kentucky."

"Children are so resilient and persevere so well in the face of adversity," said Dr. Liau. "It is always humbling to take care of them. When I’m overseas, barriers may be even more difficult for families to get cleft care, but it never ceases to amaze me what parents and families will do to for their child. Despite the language and cultural differences, in the end the dynamic is the same as here at home. For me, being able to help the cleft kids and their families throughout their childhood and early adulthood is a privilege and honor, no matter where in the world. Being part of parents and families doing whatever they can for their child, their optimism, and being successful in helping them gives me the energy and drive to do what I do."