This project has significantly reduced the number of opioid prescriptions written, while pain scores have not worsened.

LEXINGTON, Ky. (June 26, 2019) – As a busy practicing trauma surgeon, Dr. Phillip Chang saw his fair share of patients who were dealing with significant pain. As per the standards then, these patients would receive opioids for pain management. Most recovered and were weaned off the medication as planned.

But roughly five years ago, Chang observed an unsettling trend.

“We started noticing these patients who were coming back for more and more opioid prescription refills,” he said. “And we noticed that these patients should have completed their clinical care. They should have been fine, and weaned off whatever pain medicine they needed.”

One patient in particular caught Chang’s attention, a young man with multiple traumas who seemed to have a successful recovery. But when he showed up in clinic two weeks in a row reporting pain – long after his recovery was complete – Chang pulled the man’s information from KASPER, Kentucky’s controlled substance prescription monitoring system.

Chang describes that moment as a “switch,” noting that earlier in his career as a trauma surgeon, he’d considered addiction the problem of psychiatrists and addiction specialists.

“Now I know better,” he said. “All health care providers have played a role in this. And since we’re partially responsible for this opioid crisis, we should take steps and action to stop it.”

In 2013, Chang approached his fellow trauma surgeons and, with the help of UK HealthCare pharmacists, established some new guidelines: no opioid prescriptions unless all non-opioid options have been maxed out. The team began a pilot study, ultimately noticing that they had successfully decreased the amount of opioids going home with patients at discharge.

Recent research shows that the longer a patient receives opioids and the higher the dose, the higher the risk of developing an opioid addiction. Though Chang and the team weren’t yet sure if their pilot study would translate to a decrease in patients becoming addicted to opioids, the results were promising.

“That gave us a lot of hope,” Chang said.

That hope led to a much larger and more impactful initiative. In 2016, UK HealthCare launched a multidisciplinary opioid stewardship committee (OSC) to give prescribers the tools, knowledge, skills and attitudes to prescribe opioids safely. Led by Chang, now UK HealthCare chief medical officer, and UK HealthCare pharmacist Douglas Oyler, Pharm.D., the project sought to “close the gap” between the current usage of opioids for pain management and what the best evidence-based research recommends.

“There are a lot of efforts at the University of Kentucky addressing substance use disorder treatment,” Oyler said. “But the gap that we identified specifically was there wasn’t much in the realm of prevention.”

More than 70,000 Americans died from a drug overdose in 2017, and Eastern Kentucky and Appalachia in particular have been devastated by the opioid crisis. Minimizing exposure to opioids is critical to reducing opioid-related mortality – and as Oyler points out, many people who become addicted to heroin started down that path due to prescription opioid use. A doctor’s prescription can become a “gateway” for the disease.

In 2018, UK HealthCare launched an official Office of Opioid Safety, with Oyler serving as its director. Taking their pilot study in trauma and expanding it across the UK HealthCare system, the team focused heavily on physician and patient education around the new guidelines for minimal opioid prescribing. The goal was to impact as many patients as possible.

Of particular note, four surgical disciplines so far now perform what Chang dubs “opioid-free surgery,” where the only potential opioids patients might receive come from an anesthesiologist in the preoperative stage. Otherwise, patients are given specific protocols using over-the-counter medications to handle any pain.

Detractors of these new methods may complain that the group has pushed too far, with the concern that patients might not be able to receive drugs strong enough to eliminate their pain. But Chang notes that total pain elimination is not the goal – keeping patients safe, while also reasonably comfortable, is.

“Pain is very subjective,” he said. “We are educating patients that a tolerable amount of pain is what we aim for. We don’t want anybody miserable, and we want to try everything we can while realizing that prolonged exposure to opioids can lead to addiction.”

However, Oyler says the team has been pleasantly surprised at how the changes have been embraced.

“We anticipated a lot of push-back going in… but we really didn’t get that,” he said. “We have a lot of providers now that will openly come to us to say, ‘We want to do this better; help us do this better.’ There’s been a lot of buy-in from providers across the spectrum.”

Chang agrees. “For us to make an impact, we needed a culture change,” he said. “And we’re totally seeing it.”

So far, these new protocols around opioid prescriptions at UK HealthCare are working. Since the committee was formed, more than 1,300 fewer prescriptions were written at hospital discharge, and high-risk opioid use has decreased by 57 percent. Oyler notes they also reduced the number of “opioid naïve” patient prescriptions – patients who come into the hospital without an opioid prescription but leave with one – by two-thirds.

Importantly, aggregate pain scores from patients have not worsened.

“What that roughly translates to is about a quarter of a million pills annually that we’re not using,” Oyler said. “And all of this was done at the same that we saw our average pain scores stay the same, or actually get a little bit better. So we’re able to use substantially less high-risk medications without compromising, or perhaps even improving, pain control.”

Projects like this one hold a high priority across UK HealthCare and are especially important to hospital leadership. UK Executive Vice President for Health Affairs Dr. Mark F. Newman joined UK HealthCare in the fall of 2017 and continues to emphasize the need for UK to take a leadership role in tackling the issue, noting its devastating effect on the Commonwealth.

"As an academic medical center and as part of the state's flagship university, we believe it as our responsibility to find the answers to our greatest healthcare-related problems in Kentucky and beyond," he said. "I commend Dr. Chang and Dr. Oyler on the work they have done in successfully developing and implementing this program that is vitally important to every patient who enters our doors."

Just last week, UK HealthCare received national accolades for this work. America's Essential Hospitals, which represents 300 hospitals committed to caring for the vulnerable and keeping communities healthy, awarded UK HealthCare a 2019 Gage Award for its work on safer opioid use within an academic health system. The Gage Awards, named after association founder Larry Gage, honor and share successful and creative member hospital programs that improve patient care and meet community needs. Oyler and Chang attended the national meeting in Miami and accepted the award on behalf of UK HealthCare.

But as both point out, the real award will be in future outcomes ­– and the culture change they hope to spread to physicians across the state through upcoming programs and grants.

“The overdose death rates, while continuing to increase, are increasing at a slower rate, so that’s good,” Oyler said. “So there’s some progress being made… There’s a lot being done, but it’s not enough yet.”

“Yes, our project will take a long time to bear fruit,” Chang said. “I have to remain constantly optimistic and doggedly persistent that this is going to work, and we are going to help the next generation.” 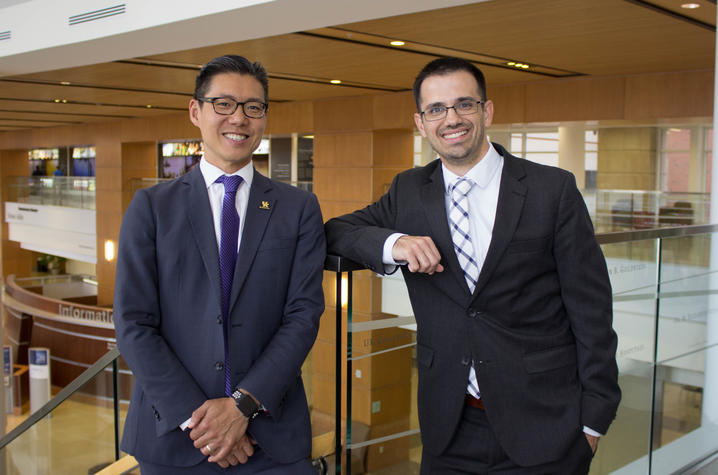 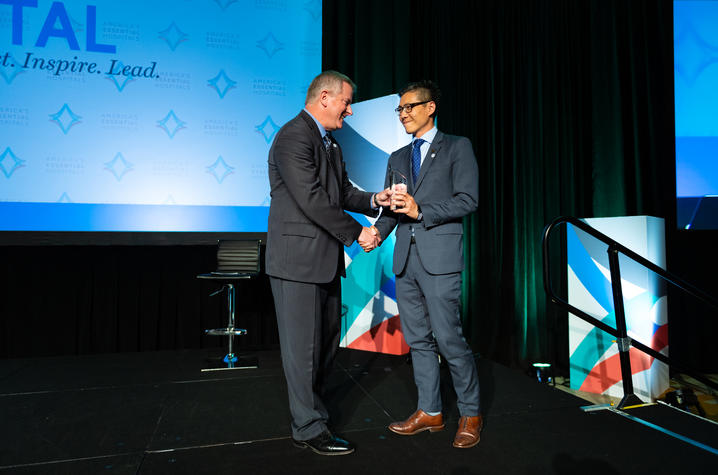 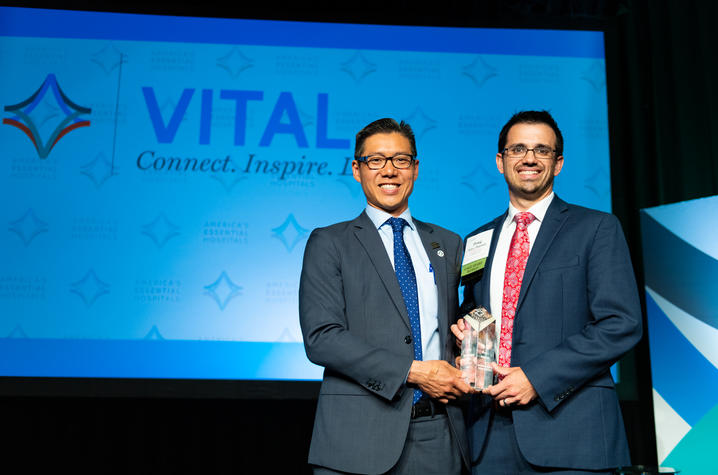