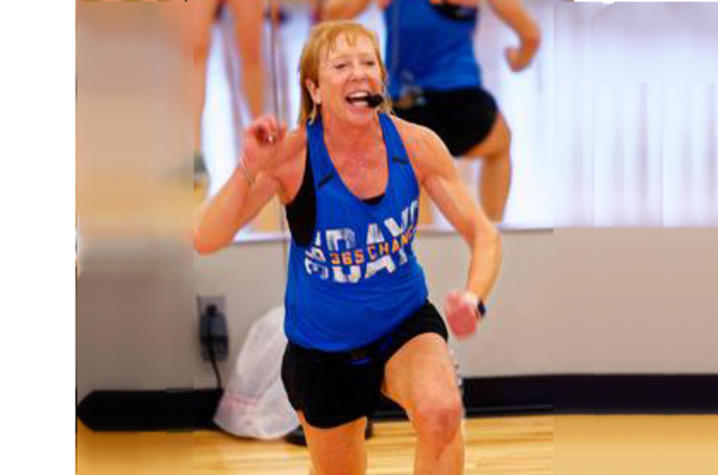 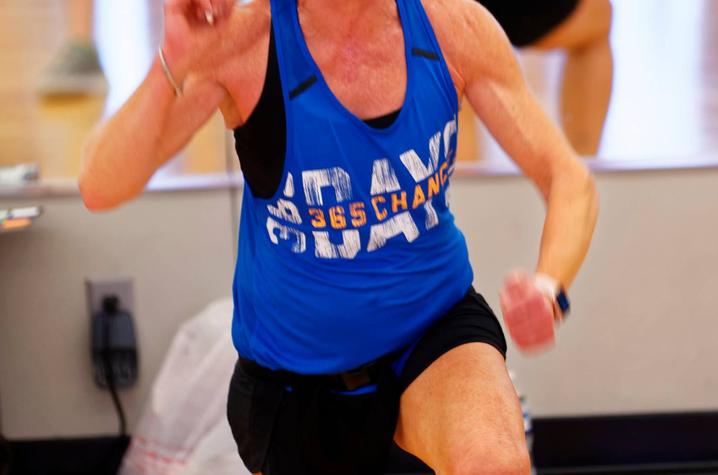 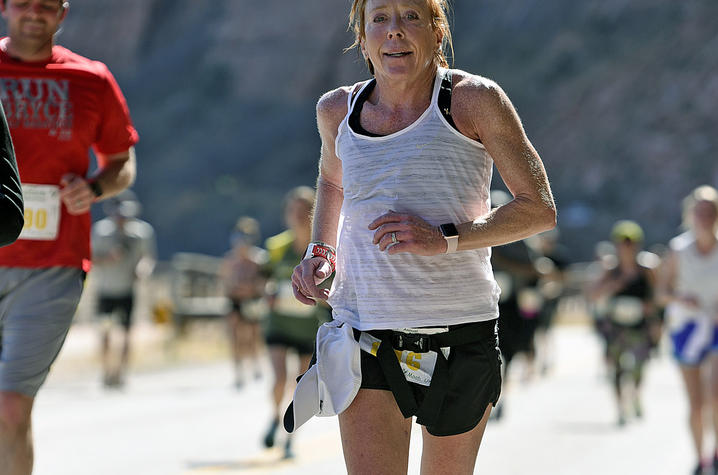 LEXINGTON, Ky. (April 20, 2017) – Lisa Hall knew something was wrong with her knee during a fitness class that she was teaching in May 2012. After seeing an orthopaedic surgeon close to her home in Knoxville, Tennessee, Hall was diagnosed with a tear in her meniscus, the soft disc of cartilage that cushions the knee. She underwent a surgical procedure to treat the injury and alleviate her pain in the hope that she would be able to continue teaching fitness classes and running, with a goal of qualifying for the Boston Marathon.

Unfortunately, Hall’s surgery was unsuccessful and she developed bone-on-bone arthritis. In August 2012, she consulted with a second surgeon, seeking possible treatment options that could reduce her discomfort and allow her to continue her active lifestyle, but she was given the bad news. She was told she should give up running.

Hall refused to give up her dream of running the Boston Marathon and a physician at Vanderbilt University referred her to Dr. Christian Lattermann at the University of Kentucky Department of Orthopaedics and Sports Medicine. Lattermann, a specialist in the treatment of injuries and other conditions that cause pain and degeneration of knee and shoulder joints, recommended a surgical procedure known as an osteotomy, in which a wedge of bone is removed from the tibia (shin bone) or femur (thigh bone) to realign the leg and shift weight from away from the area of the knee damaged by arthritis. In Hall’s case, the wedge was then filled with a bone graft and reinforced with a metal plate to support her knee.

Never one to shy away from pushing herself physically, Hall completed physical therapy and was given the green light to use an indoor bike or elliptical to continue her recovery. Unfortunately, Hall increased her activity levels to the point where knee pain returned, but not enough to stop her from biking or participating in fitness classes again. By May 2013, however, she “felt a pop” while performing a squat exercise and was forced to rest her knee with no weight-bearing for five additional weeks after Lattermann surgically replaced the original plate supporting her knee.

Despite the setback, Hall returned to teaching group fitness classes after adhering strictly to Lattermann’s second rehabilitation instructions and by December 2013, she was running on a special treadmill that reduces the impact of running on the knee joint. In March of 2014, Hall competed in her first half marathon since her first surgery; since surgery she’s completed two full marathons and several halves. In 2015, Lattermann removed the metal plate in her knee, and Hall continues to train. She just missed her goal of qualifying for the 2017 Boston Marathon this past year by only two minutes.

“He (Lattermann) gave me my life back and now I won’t let anyone else touch my knee.” The support she received from Lattermann and the health care professionals at UK Sports Medicine is what keeps Hall traveling from Knoxville to Lexington every six months for follow-up visits.

“I really didn’t want a knee replacement but no other doctor offered me anything else,” Hall said. “Dr. Lattermann offered me hope, I know that God led me to Dr. Lattermann and worked through him to allow me to run and teach again.” While Hall knows that not every surgical option is best suited for every patient and a variety of factors impact a surgeon’s ability to perform a surgery she’d advise patients like her to advocate for themselves. She said “keep searching, don’t give up – there are answers.”

Lattermann’s advice for athletes hoping to maintain their level of activity is “discuss your situation and goals to an orthopaedic surgeon who has expertise in both joint replacement and sports medicine.” He also emphasizes the importance of understanding the potential limitations of different treatment options, “It is also important to understand that while one solution may allow high level of function, it may not allow complete pain-free activity.”  The best choice for each patient lies within their personal fitness and activity goals moving forward.

For Hall, running wasn’t something she wanted to do, it was something she needed to do. Because she kept looking for answers and asking for more opinions she found the person who would be supportive and help her accomplish her goals.