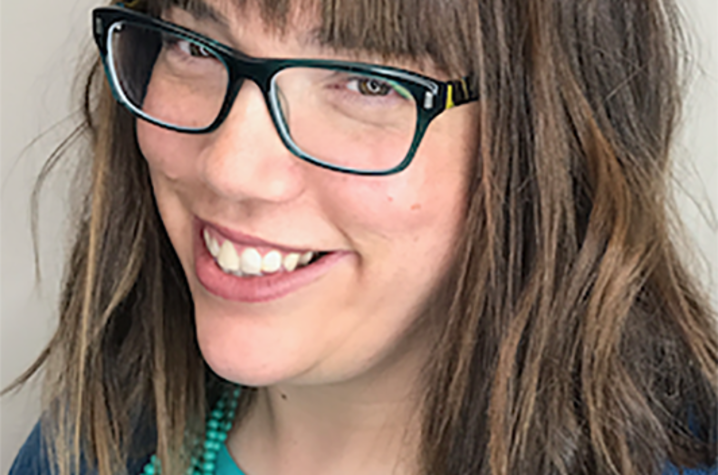 LEXINGTON, Ky. (July 13, 2018) — The University of Kentucky College of Public Health has named Heather M. Bush as chair of the Department of Biostatistics, effective immediately.

“Dr. Bush has already proven herself an able leader, serving as interim department chair since August 2017,” said Donna Arnett, dean of the College. “I look forward to working with her in this role, and anticipate that her tenure will be marked by continued excellence in the Department of Biostatistics.”

Named a University Research Professor for 2018-19, Bush focuses her scholarly work on vulnerable populations, as she examines issues of women’s health, the impacts of sexual violence on health and the prevention of sexual violence. As an investigator, she works to promote the engagement of populations typically underrepresented in research. She also prioritizes collaboration, describing herself as “a team scientist with an overall goal of transforming approaches to scientific inquiry by engaging as an active partner in research teams dedicated to making a difference in the health of populations.” Bush is currently a principal investigator (PI) on two studies of bystander intervention. Funded by the Centers for Disease Control and Prevention, both studies involve multiple co-PIs from varying disciplines working to understand and deploy bystander-based strategies for violence prevention.

Regarding the necessity of collaboration in research, Bush notes that “biostatisticians are problem solvers.”

“Working in team science, we have much to contribute to increasing the health of populations. That’s why I consider myself fortunate that my career really began with the paradigm shift to recognize and promote team science. The problems we work with are difficult and complex; we can be so much more successful when working together, capitalizing on diverse sets of backgrounds and perspectives. My favorite part of being a biostatistician is engaging within these research teams, understanding the challenges, and working toward a solution,” said Bush.

“Data plays an essential role in tackling some of the toughest public health problems – problems that are multi-faceted and complex. With more data available, it can feel like there are even more problems to solve. Biostatisticians have a unique role to play in the solution, but often we are not actively engaged in research partnerships. We need to have a seat at the team science table; integrated research partnerships are the future of our department,” said Bush.