Video by UK Public Relations and Marketing. To view a transcript, click here.

LEXINGTON, Ky. (Oct. 27, 2011) − University of Kentucky fourth-year College of Medicine student Mary Burchett grew up wanting to be a horse jockey. When she surpassed six feet in height at 11 years old, everyone told her becoming a basketball player might be a better idea.

However, Burchett found out she had Marfan syndrome, a genetic condition of the connective tissue that affects the heart and limits many physical activities, including sports, when she was five.

"I had a concave chest, or a pectus excavatum, and the medical procedure to fix it depended on my diagnosis," said Burchett, the only member of her family who has the disorder. "I went all over the state, but everyone said that I looked too normal for Marfan syndrome."

Burchett's father, a family medical physician in Winchester, would not give up on a diagnosis and getting the medical care his daughter needed. So the family traveled to a Marfan syndrome clinic at Johns Hopkins in Baltimore.

"I feel so lucky that my dad and mom were so persistent to find the right answers and the resources to get me to Johns Hopkins," Burchett said. "They wouldn't give up. Their determination probably saved my life."

As the youngest of four who loves competitive sports, being diagnosed with Marfan syndrome was far from easy for the active and precocious Winchester native. "Every time I'd go and see my doctors at Johns Hopkins, I'd have another idea for a sport that I could play," she recalled. "They would always tell me that although I physically could do something, that didn’t mean I should."

One of the most serious symptoms of Marfan syndrome involves the cardiovascular system. Most people with Marfan syndrome possess an enlarged aorta and carry the constant risk of rupture, which is exacerbated by rigorous exercise.

Because of Burchett's competitive nature, she was playing softball at Lexington Catholic High School in seventh grade.  However, her doctors warned her that this could seriously impact her health in the future. This led Burchett to instead put her energies into awareness about her disorder, speaking to more than 120 medical professionals in Kentucky during her junior year of high school for a Girl Scout project.

"It made me feel good to talk to people in areas like Eastern Kentucky who had trouble with a diagnosis or who were frustrated," Burchett said. "And since third grade, I've wanted to be like my doctor at Johns Hopkins. Helping people with Marfan syndrome just felt right."

High school and college experiences in the classroom and the lab only supported Burchett's fondness for medicine. "I loved genetics in high school," she said. "And my summer work on connective tissue disorders at the National Institutes of Health was an amazing experience."

Choosing UK for medical school was easy for Burchett, now a young woman that exudes the confidence and energy of a born physician, researcher and educator.

Clinical research has been as important to Burchett as patient care during her time at UK, and the university made it easy by offering research fellowship opportunities to its medical students.

Burchett worked on a Marfan syndrome-based research project that was recently accepted for publication with Dr. Steven Estus, identifying alternative splicing in fibrillin, which is the protein created by the FBN1 gene that causes her disorder.

During holiday breaks, Burchett would meet in Estus' lab to work. She'd run gels when she could. "I remember the first gel that I processed; Dr. Estus said that this would be the first image on our publication. And it was."

In fibrillin splicing, Burchett was looking at how isoforms were expressed in different organs and at different ages, which had never been done before. "We confirmed the existence of one isoform that had been reported online and found another one," she said.

These are significant findings. "These alternatively-spliced sites could be future therapeutic targets to regulate fibrillin and modify the phenotype," Burchett said. "It's a basic step, but an important one. I hope to build on fibrillin processing in future research."

Through her work with Dr. Estus, Burchett made a connection with Alan Daugherty, senior associate dean for research at the UK College of Medicine's and Gill Foundation Chair in Preventive Cardiology. "It was really serendipity how we met," said Daugherty, who is renowned for his work with aortic aneurisms. "And at the same time I met Mary, UK's Marfan syndrome research was expanding."

Daugherty invited Burchett to attend the International Marfan Syndrome Conference in Warrenton, Va., last year, which was a dream come true for the enthusiastic student and researcher. "It was unbelievable," she said. "Here I was listening to the world's experts on Marfan syndrome. I was able to listen to all of these scientists whose publications I had read. It was the Hollywood of Marfan's syndrome researchers.

"I felt like the new kid at school at the Marfan syndrome conference," Daugherty said. "Mary just knew everyone…from researchers to those involved on the advocacy side."

All of the positive developments in UK funding and faculty support have only served to bolster Burchett's commitment to serve her fellow Kentuckians in the future.

"I would love to practice medicine in Kentucky," Burchett said. "My goal is to provide patient care, to continue my research and to increase awareness through the experiences of my childhood. And I wouldn't have been able to unite all of these interests without the University of Kentucky." 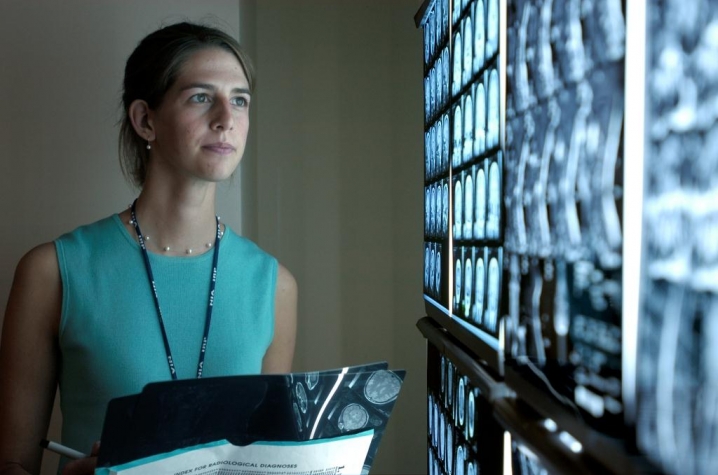 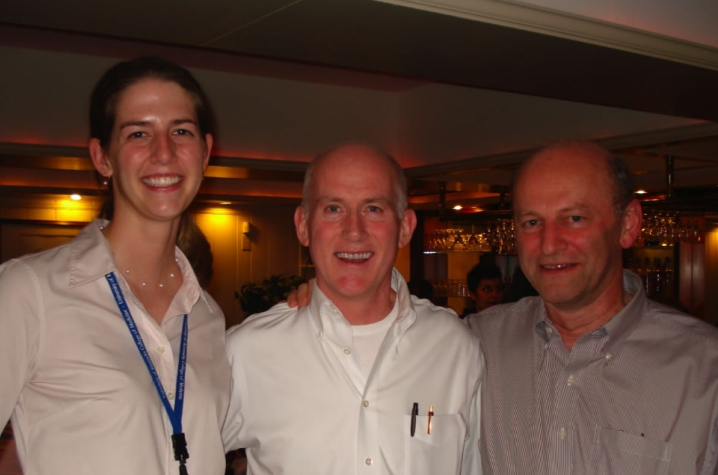 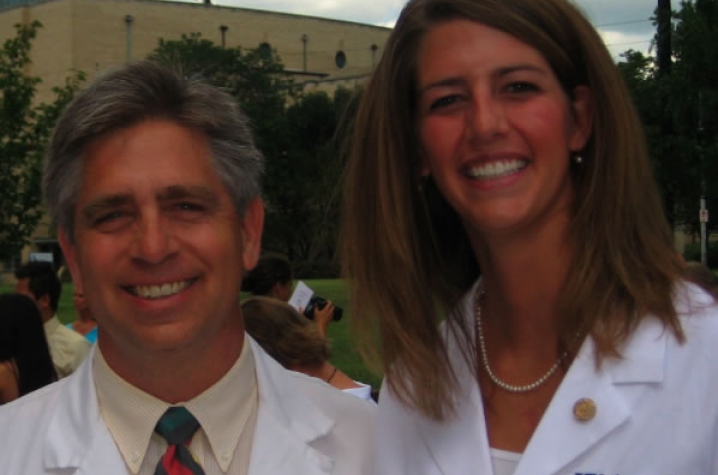