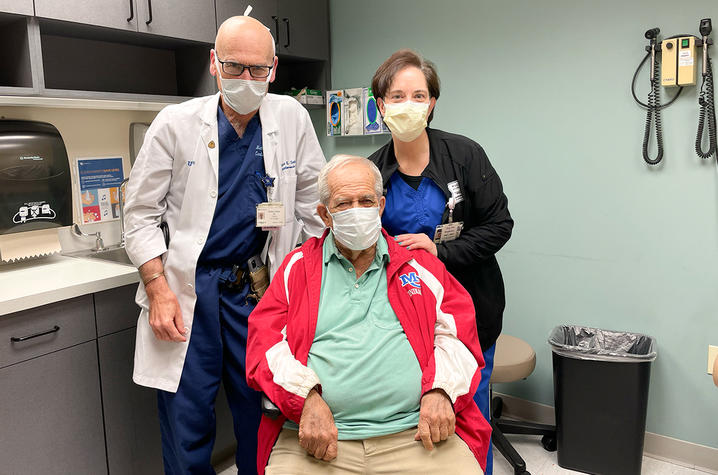 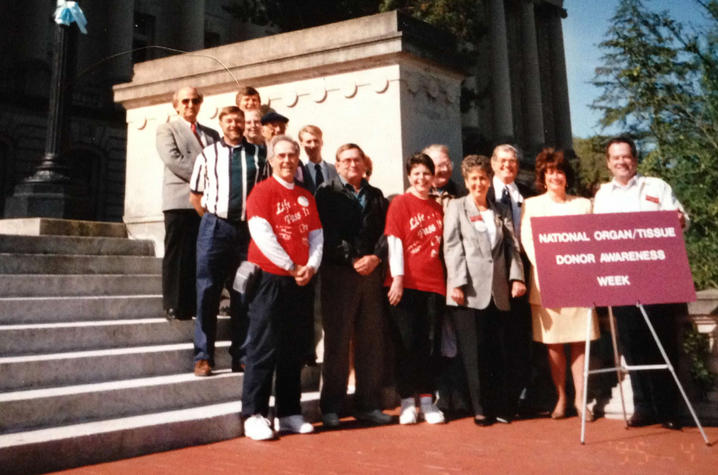 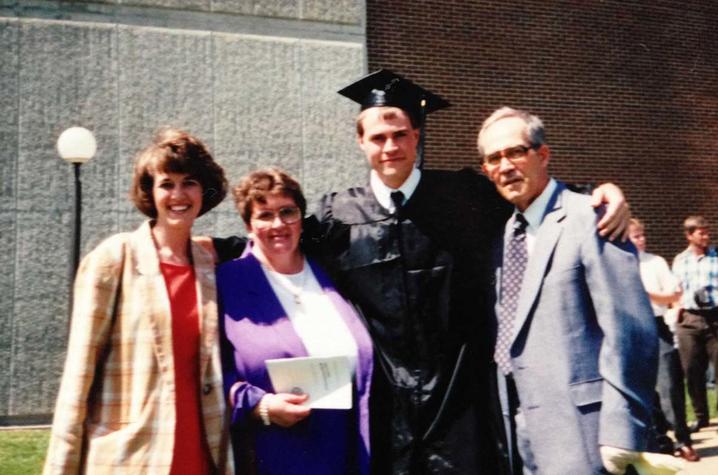 In March of 1993, 53-year-old Sharpsburg resident Eddie Grimes was suffering from cardiomyopathy – a disease of the heart muscles that prevents proper blood flow. Eddie’s life was turned upside down the moment he discovered that his condition had developed into congestive heart failure.

At the time, he was a factory worker and a proud father of two living with his loving wife, Alma. They were watching their older daughter kickstart her career in Cincinnati, and had just sent their younger son off to college. With his kids growing up, he was looking forward to his next phase of life.

Initially, he began treatment at a local community hospital for his coronary artery disease. But when his heart condition escalated, he required critical care and was sent to an intensive care unit at University of Kentucky Albert B. Chandler Hospital.

Grimes and his family spent the next three months working together to fight for his life. He could barely walk, eat or drink – and he began to hallucinate because blood was not being circulated to his brain. Eddie was told that he needed a heart transplant to survive – and at one point, they estimated that he only had six days to live if a donor heart didn’t become available.

Grimes was lucky enough to receive the heart transplant he needed at the UK Chandler Hospital on March 8, 1993. And amazingly, 29 years later, that same heart is keeping him strong.

The moment he woke up after the surgery, Eddie said he felt like a new man.

“I could immediately tell a big difference,” he said. “I could eat! I was eating anything they’d bring me. Before that, I wasn’t eating or drinking at all. It was amazing, I felt like I was even ready to get up and start riding my bike again.”

People who undergo an organ transplant of any kind receive immunosuppressants to help reduce the chance that their body will reject their new organ. For the first year, Eddie had to wear a mask everywhere he went to prevent illness while his body accepted the new heart, but after that, he felt he truly was free to live his life again.

“Just to be able to breathe and eat and go up for a walk,” Eddie said. “I walked three or four miles every day for years until my back and legs got in bad shape. I mean it is just remarkable what it did for me, what I could do.”

Twenty-nine years is a long amount of time for a transplanted heart to last. In fact, only about 25% of heart transplant patients survive longer than 20 years. His surgeon, Michael E. Sekela, M.D., now surgical director of heart transplant at the UK HealthCare, feels that treating Eddie for this long has truly benefited him in terms of patient care.

“I have only had a couple of heart transplant patients with me this long,” Dr. Sekela said. “And I have had the incredible honor to care for Mr. Grimes and see him every six months for all these years. It has changed the way that I think about patient care, for the better.”

This transplant gave Eddie the opportunity to continue working, living, and loving his wife, friends and family.

“It has been a true gift of new life,” Eddie said. “The things I’ve seen and friends I’ve made – I thank the Lord for everything he’s done for me.”

But one of the greatest blessings of all for Eddie was how he had the chance to see his son grow into the man he is today.

“I’ve seen him graduate from college and get married,” he said. “And I’ve got grandkids now. There’s just so much I have enjoyed that I wouldn’t have. And that’s a good life.”

Eddie says he feels so lucky to have continued doing the things he loves for so long. He goes to church and enjoys traveling to Gatlinburg with his friends. He and Alma loved getting to watch their grandkids excel in their school sporting events, graduate from high school and grow into young adults.

Glenn Grimes was filled with emotion when reflecting on how lucky he has been to have his father in his life all these years.

“We lived at the hospital for about three months when I was in college, right before he got the transplant,” Glenn said. “But we’ve been blessed, I’m so glad he’s still here.”

And Eddie is here today all thanks to one person who chose to become an organ donor. While their life had been lost, they granted one of the greatest gifts to someone in need.

“If I could talk to the donor family, I would say thank you very much,” Eddie said. “The Lord has blessed me with the gift that you all have given me. It is a blessing that this person chose to sign the donor card to give me another chance at life. I’ve just been blessed.”

One organ donor can save up to eight lives. If you are considering becoming an organ donor and are unsure, Eddie Grimes has one thing to say.

“That person’s heart is still living inside of me all these years later – that part of him is still alive. Maybe a part of you would be able to live again.”

April is National Donate Life Month. In Kentucky, more than a thousand people are on the waitlist for an organ transplant.

To join the registry, visit registerme.org or sign up when you renew your driver’s license.  The donor registry enables family members to know that you chose to save and enhance lives through donation. Kentucky’s “First Person Consent” laws mean that the wishes of an individual on the registry will be carried out as requested.