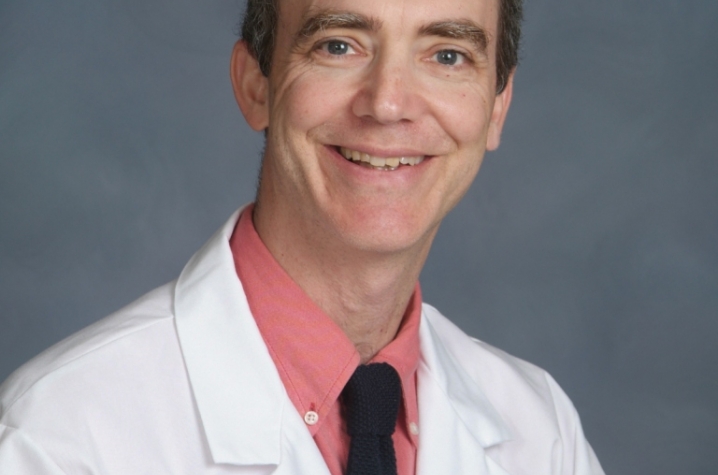 LEXINGTON, Ky. (Oct. 28, 2014) — As a forensic pathologist who has testified in national criminal cases, Dr. Greg Davis' second worst professional nightmare is being part of a process that frees a guilty person.

The University of Kentucky professor's worst nightmare is implicating a person who is not guilty. His sense of justice drove him toward a career in forensic medicine, and has led to his involvement in the criminal cases of 17 women in El Salvador who were convicted of killing their babies.

Davis recently submitted a report to the El Salvadoran Supreme Court and the National Assembly providing evidence to disprove the validity of a test that has convicted 17 women of infanticide. The imprisoned women, known as "Las 17," have received attention from El Salvadoran media and websites including Jezebel, and support from groups including Amnesty International. Davis' report was part of a petition to the government to release these women, who claim they suffered a miscarriage or gave birth to a stillborn baby.

In a country with strong conservative values, the El Salvadorian justice system convicted the women based on the hydrostatic test, or "float test." Through the float test, samples of the infant's liver and lung are placed over liquid, and if the lung floats and the liver sinks, officials conclude that the baby took a first breath of air and was murdered after birth. Davis classified the float test as a "medieval pseudo-test" that scientists deemed unreliable more than 100 years ago.

Davis presented many reasons why officials should rule out the float test as sound scientific evidence in the cases of Las 17. Davis examined four cases, citing evidence from similar U.S. cases from 2009, 2004 and 1985. When a woman is in labor and a deceased baby is moving through the birth canal, air can be introduced into the baby's lungs before birth. Davis has seen babies in the intensive care unit whose lungs received exposure to air after birth and whose lungs still sank at autopsy.

"I can say there's no evidence," Davis said, referring to the use of the float test as a reliable indication of live birth. "I'm not there as a consultant to say there's not foul play, but as a believer of evidence-based medicine, I'm saying you have to be scientific about this."

Davis was asked to conduct an independent review of the women's cases by Jocelyn Viterna, a sociologist a Harvard University who is working with a feminist group in El Salvador to gain pardons for the 17 women. Davis previously presented evidence in a 2009 case of a woman in Alabama who was on trial for murdering her baby after birth. In this case, the prosecutors threw out evidence by the medical examiner in part because Davis disproved the use of the float test.

Davis hopes the El Salvadoran government will acknowledge modern science and review the cases of these women. Davis said his expertise in forensic medicine gives him the ability to confirm or refute a circumstance related to a crime. This ability can often provide clarity needed to determine if a person is guilty or innocent.

"Part of the idealism that brought me into medicine is to give people a peace of mind," Davis said. "It's a huge gift that a health care professional can give."