LEXINGTON (Sept. 26, 2018) – By the time Danika Stevens was two years old, she was no stranger to medical procedures.

The Irvine, Ky. resident had already had multiple surgeries on her kidneys and bladder as a patient at Cincinnati Children's Hospital. But it wasn't until a routine appointment with her pediatrician that her parents found out there was a problem with Danika's heart.

The Stevens came to Kentucky Children's Hospital (KCH) for an echocardiogram, where Danika was diagnosed with an atrial septal defect (ASD). Before birth, all babies are born with an opening between the upper chambers of the heart that allows blood to detour away from the lungs. In the weeks after birth, the hole closes. If the hole does not close, as it was in Danika's case, intervention is required to prevent potentially severe heart issues as she got older.

"Usually, kids do pretty well and have no symptoms, but as they grow, their hearts get larger and larger, and in adulthood they can have pretty severe problems, from heart failure to arrhythmia or pulmonary hypertension," said Dr. Douglas Schneider, division chief of pediatric cardiology at Kentucky Children's Hospital and medical director of the Joint Pediatric Heart Care Program, a partnership between KCH and Cincinnati Children's Hospital. "Some kids [with ASD] have a harder time handling colds, or they don't grow or gain weight as vigorously. So we like to get these defects closed when they're children."

While Danika's defect was diagnosed when she was two, Schneider suggested they wait until she was a little older to have the procedure. Sometimes the hole will close on its own, but if it doesn't, waiting until the patient grows a little makes the procedure easier as doctors can fit a larger device. The hole in Danika's heart was large - so large that Schneider was concerned that a more invasive, open heart procedure would be necessary to patch it. But fortunately Danica’s defect could be closed by the catheterization technique.

"As a parent, you know you will need to make decisions that affect your children, and you know logically that having a cardiac procedure is the best option," said Danika's mother, Victoria. "But there is still part of you that just wishes it would all go away and worries that you are making a bad decision. Having confidence in your nurse and doctor and being able to talk to them when you are feeling doubt is a blessing."

"There's been an amazing amount of progress in the last few decades in treating congenital heart problems," Schneider said. Previously, doctors would have to stop the heart to repair it, but with cardiac catheterization, a process by which a long tube called a catheter is inserted and maneuvered through the blood vessels to the heart, Schneider and his team were able to insert the patch by going through a vein in Danika's leg. The risk of complication is reduced by this less invasive procedure, and the recovery time is significantly shorter. Danika spent only one night in the hospital.

After the procedure, Danika's parents cautioned her not to exert herself too much.

"I'm grateful we waited until she was old enough to understand how important it was to not jump around too much because jumping has always been her favorite thing to do," Victoria said.

But Danika was determined to put her newly-patched heart through its paces. Five months after her  procedure, Danika's parents signed her up for the Mountain Mushroom Festival 5K in their hometown. After years of watching her older brother Darvik run the race, Danika wanted to do run it too. During the race, her brother ran ahead while her father fell behind, leaving Danika to run most of the race by herself. Not only did she finish, she had the second best time for her age group, something she never could have accomplished before her heart procedure. Even though she was exhausted and her feet hurt, Danika still had the energy to walk alongside her family in the festival parade and hand out candy to the kids in the crowd.

"One of the amazing things about this type of procedure is the quick recovery time," Schneider said. "While it does take a couple of months for the device to 'heal in,' with the catheter procedure they are up and around feeling well soon after the procedure.  Kids are pretty resilient; Danika bounced back quickly."

Medically, Danika is in the clear. Aside from a annual checkups for the next few years, she has no restrictions or deficiencies.

"Some kids you think are asymptomatic, once you close that defect, they really take off," Schneider said. "Families have said, we thought they were fine, but they've become so much more active, they have better appetites, and their growth has taken off."

When reflecting on her time at KCH, Danika remembers playing with the nurses and staff, eating pancakes for breakfast, and picking out a toy from Jarrett's Joy Cart. She had so much fun at the hospital, she told her brother Darvik that he should go.

"Pediatric doctors, nurses, support staff, volunteers, and technicians are a special kind of people who not only understand children and their parents with a deep empathy for how difficult surgery is for everyone involved," Victoria said. "They work as an incredible team to make the experience as smooth and tolerable as possible, and sometimes even so fun the kids don't want to come home." 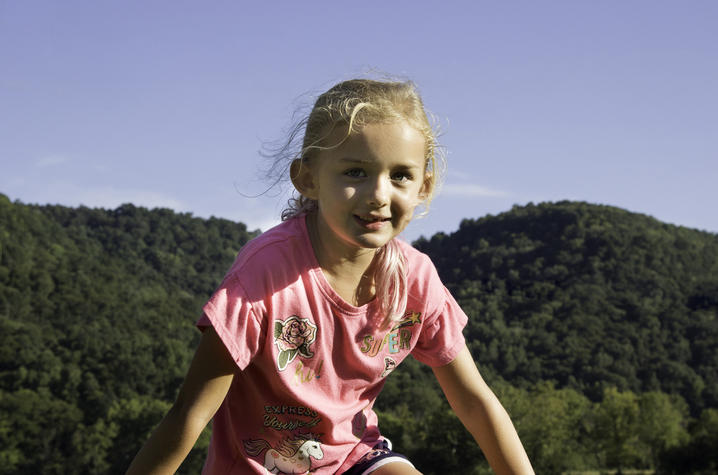 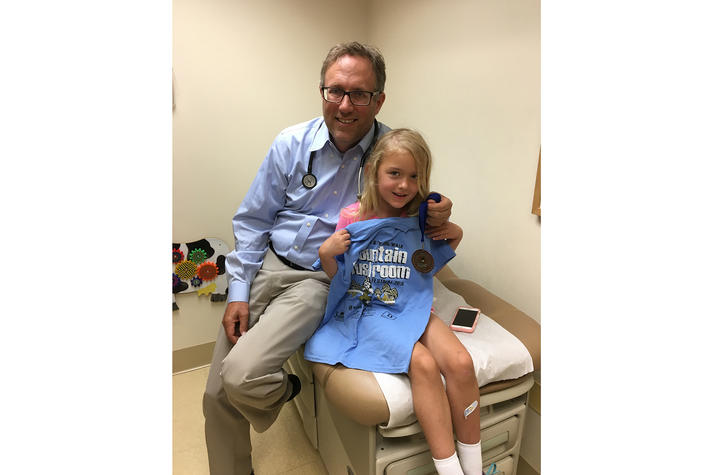