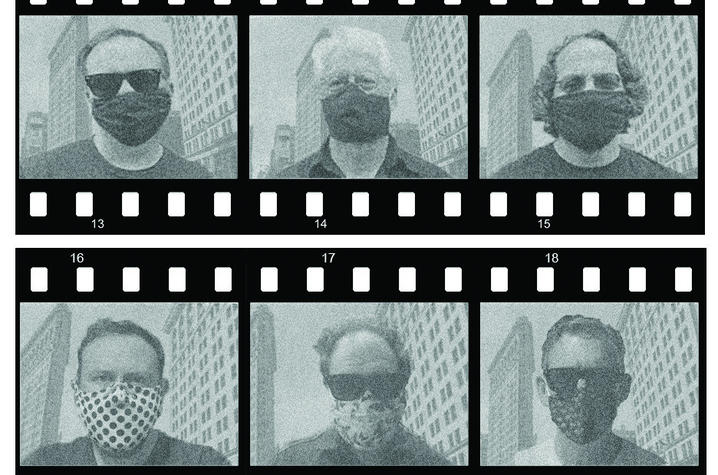 Three faculty members from UK, EKU and Transy teamed up through their Archipelago project to release pandemic music to benefit Central Music Academy. The second of two releases is now available.

LEXINGTON, Ky. (Dec. 9, 2020) — A second release of digital music created during the pandemic by three professors at University of Kentucky, Transylvania University and Eastern Kentucky University has been released. Proceeds from the second installment, “Songs from Quarantine: Volume 2,” will also benefit Central Music Academy.

Late last spring, UK School of Music’s Kevin Holm Hudson teamed up with two other local musicians and academics to develop a pair of original instrumental albums reflecting the challenges of life in the pandemic. The project is the work of Archipelago, whose members are Holm-Hudson, Transylvania University’s Scott Whiddon and Eastern Kentucky University’s Jim Gleason. The trio’s first album, “Songs from Quarantine: Volume 1” was released in November.

The trio’s 17 original compositions were recorded and assembled remotely from May to September. The albums draw influence from artists ranging from Brian Eno to Mogwai to krautrock artists such as Can and Neu!.

This project began as texts among three occasional musical colleagues trying to make sense of the pandemic and wanting to help promote the work of an important local nonprofit. Central Music Academy’s teachers have given over 40,000 free lessons to more than 1,000 Lexington students since 2004.

Holm-Hudson is particularly fond of this new release. “In my opinion this is even better than Volume 1. But listening to volumes 1 and 2, in consecutive track order, is the ultimate concept album experience.”

Holm-Hudson performs both as a solo artist and with the Twiggenburys and is a recent artist-in-residence at the Kentucky Music Hall of Fame. A music theory professor in the UK College of Fine Arts, he is author of “Music Theory Remixed” (Oxford UP), a widely adopted college text.

Whiddon performs with Letters of Acceptance, the Binders, Sister Ray and other projects, along with solo work (including an upcoming series of new singles). For six years, he served as music director for the Harry Dean Stanton Festival.

Gleason has released four solo albums, plays guitar for the Johnson Brothers (among others), and also served as engineer and producer for the “Songs from Quarantine” recordings.