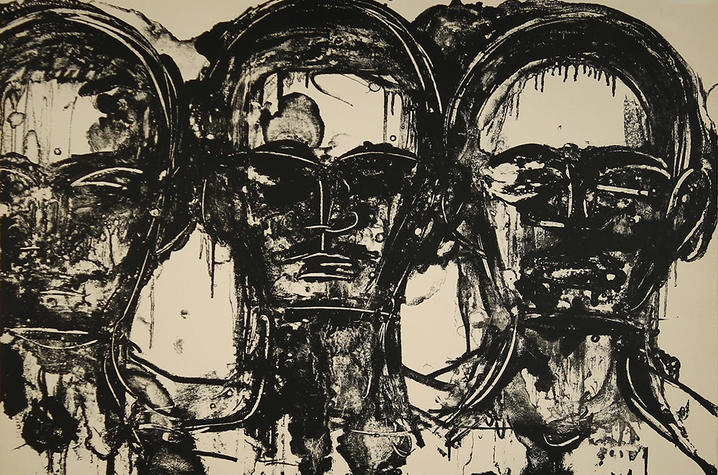 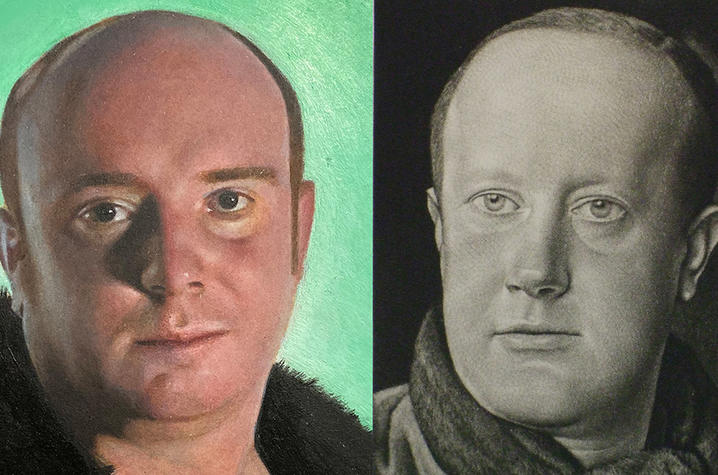 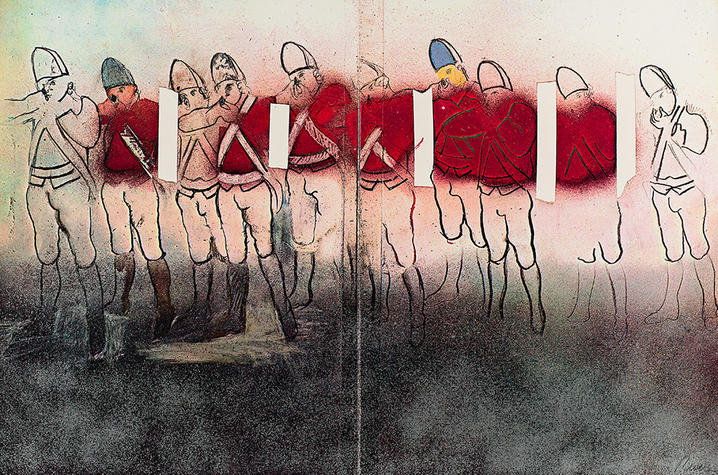 LEXINGTON, Ky. (Nov. 10, 2020) — University of Kentucky Art Museum will expand its offerings on display for the public with three more free exhibitions opening today drawn from its own collection. Patrons are invited to explore Larry Rivers reexamination of the Boston Massacre and a literal face-off of work between artists Patrick Smith and Victor Hammer. In addition, the museum will continue its campaign celebrating the contributions of donors with a show highlighting graphic art donated to the institution by Richard Freeman and others.

“Celebration of Donors: Richard B. Freeman and the Patrons of Graphics”

Richard B. Freeman was a passionate educator, art collector, curator and donor whose generosity resulted in more than 230 gifts of art to the UK Art Museum, many in the form of prints and drawings dating from the 1960s and 1970s. This exhibition offers a sampling of the international group of artists whose work was donated by Freeman himself, by friends in his honor or by the Patrons of Graphics, a collecting group he formed.

Educated at Yale and Harvard, Freeman worked in a number of prestigious museums including the Nelson-Atkins Museum of Art in Kansas City, Missouri; the Fogg Museum at Harvard; and the Cincinnati Art Museum in Ohio. He went on to pursue an academic career, coming to UK in 1957 and serving in the art department (now the UK School of Art and Visual Studies) until 1974.

Freeman appreciated and donated 17th- and 19th-century art to the museum, but he was most excited about the flowering of printmaking and other graphic arts after World War II. In 1958, he began organizing an annual "Graphics" exhibition featuring contemporary artists who were experimenting with a wide range of techniques and approaches. He traveled across the United States and Europe seeking out new and experimental work and some of the “Graphics” shows traveled around the country.

Regular visitors to the museum may recognize Freeman’s name from the Richard B. Freeman Gallery on the second floor of the museum. This space was named in his honor and is used as classroom space and for examining works on paper.

Patrick Smith is a Lexington-based painter known for his realistic works on paper based on photographs he takes of various friends. These detailed works are informed by the artist's deep interest in the history of representational art, and his process of collaborating with his sitters on their poses, costume, makeup and lighting. The resulting images are powerfully intimate, as heads and torsos that are often tattooed or pierced embody states of confrontation, vulnerability and reverie. Smith has also consistently depicted himself, playing with assumptions about gender and exploring qualities of fragility and theatricality.

Smith's paintings in this exhibition are presented in combination with several prints by the Austrian artist Victor Hammer (1882–1967) who came of age during the Vienna Secession — a period dominated by artists like Gustav Klimt and Egon Schiele. Hammer's works in different media are part of the museum's collection. His mezzotint portraits depict his friends, including affluent individuals and diplomats, who — like the artist himself — were living in the complex and dangerous context of Europe in the 1930s.

Both artists, while coming from distinct historical periods and points of view, share a painstaking attention to detail and a commitment to labor-intensive processes that give their depictions of unique human beings a profound humanity and intensity.

In collaboration with UK Art Museum, a solo exhibition of recent works by Patrick Smith will also be on view at Institute 193 from Nov. 11-Dec. 19.

In 1970 — 200 years after a street fight between Massachusetts colonists and British Redcoats escalated into a riot that left five Americans dead on King Street in Boston — artist Larry Rivers revisited this pivotal event. In his portfolio of 13 mixed media prints, Rivers drew on historic imagery from Paul Revere’s 1770 engraving “The Bloody Massacre” to comment on the social, cultural and political tumult gripping America in 1970. This includes protests over the Vietnam War, the Civil Rights Movement and the death of African Americans at the hands of those in power.

Rivers’ “Boston Massacre” series is 50 years old but remains strikingly relevant, particularly as it deals with struggles between colonial powers and the people they subjugate, and between the establishment and protestors seeking profound change. Lines of British Redcoats reference Revere’s historic engraving, but the artist substitutes news images of wounded and dead Vietnamese people for American casualties. He uses newspaper photographs of the civil rights leader James Meredith writhing in pain on the ground after being repeatedly shot while leading a peaceful walk in support of voting rights in 1966. He directly links this to an imagined portrait of Crispus Attucks, a young dockworker believed to be of African and Native American ancestry, who was the first person killed in the Boston Massacre.

One of the most startling prints, “Ready-Aim,” features a white man pointing a shotgun directly at us, the viewers. The man seems to be standing guard over a series of European architectural monuments, symbols of the Old World. It calls to mind recent images of protestors and American monuments in Washington D.C., and elsewhere in the country.

These three exhibitions will be on display through April 3, 2021.

To keep patrons and staff safe and healthy during the COVID-19 pandemic, UK Art Museum has several protocols in place. All visitors must pre-register for a timed appointment to view exhibitions. Reservations can be made here.

In addition, all visitors must abide by the following guidelines when visiting any exhibitions or activities at UK Art Museum:

UK Art Museum staff will also wear masks, undergo temperature checks prior to entry, use hand sanitizer and practice social distancing. Please check the UK Art Museum website before you visit for the most up-to-date information.

The UK Art Museum’s current hours are 10 a.m. to 5 p.m. Tuesday through Friday and noon to 5 p.m. Saturday. The museum will be closed Sundays and Mondays.

The mission of the UK Art Museum, part of the UK College of Fine Arts, is to promote the understanding and appreciation of art to enhance the quality of life for people of Kentucky through collecting, exhibiting, preserving and interpreting outstanding works of visual art from all cultures. Home to a collection of more than 4,800 objects including American and European paintings, drawings, photographs, prints and sculpture, the Art Museum presents both special exhibitions and shows of work from its permanent collection.

The UK Art Museum is located in the Singletary Center for the Arts at Rose Street and Euclid Avenue. Admission is free, but donations are encouraged.