Learn more about Grady Bowman and the "Grand Night" choreography above.

LEXINGTON, Ky. (June 5, 2019) — For the last 26 years, audiences have packed Singletary Center for the Arts to see the spectacle that is University of Kentucky Opera Theatre's "It's a Grand Night for Singing!" And while UK's critically acclaimed vocalists are the event's main draw, the show wouldn’t be the beloved arts tradition it is without the costume, lights and choreography that transport audiences to Broadway.

Choreographing two hours of popular songs from stage and screen for a cast of 90 singers is no small feat. For the last two years, UK Opera Theatre has entrusted this monumental job to New York City-based Grady McLeod Bowman.

Described by Dance Magazine as “exceptionally versatile” and “on the rise,” Bowman has worked on China's "World's Got Talent" TV show and the finale of "The Cher Show" on Broadway. His other credits include "Big Apple Circus" (Lincoln Center/tour), "The Very Hungry Caterpillar Show" (off-Broadway), and regional productions of "A Night with Janis Joplin," "Joseph and the Technicolor Dreamcoat" and "My Fair Lady." He has also been the associate director and choreographer to Tony Award-winners Julie Andrews and Chris Gattelli.

Broadway audiences may have seen Bowman perform in "Billy Elliot," the 2008 revival of "South Pacific," "Honeymoon in Vegas," "Wonderland" and "The Pirate Queen." He has also toured with "Fosse" and the Pilobolus Dance Theatre and appeared in film in "Forrest Gump" and "The Last Five Years."

Bowman first heard of UK's production of "Grand Night" when Executive Producer Everett McCorvey and Director Peggy Stamps interviewed the choreographer in late 2017/early 2018 based on the recommendation of Gattelli.

"I didn't know what to expect coming in for my first year, and it was a little trial by fire — trying to figure it all out and execute it at the same time," Bowman said. "It was very challenging, as anything new is, but I had an absolute blast and fell in love with everyone involved. I had no doubt in my mind that I wanted to return the next year."

Bowman, who describes the experience of creating "Grand Night" and its diverse selection of dance from contemporary to old Broadway as exhilarating, says working with the cast is what makes the show so rewarding. "I think the best thing for me is making a connection with the cast and hopefully challenging them in ways where they might be able to discover new things and unlock something that they maybe didn't realize they were capable of before."

The cast treasures the experience working with Bowman as well. "My favorite part is working with Grady Bowman … He is just so much fun to work with and puts out a great product," vocal performance junior Houston Tyrrell said.

Recent arts administration graduate Nicolas Acosta agreed, "Every year it just feels like we are stepping up. And every time we get to give an amazing vocal show, but give a phenomenal movement as well. It's the whole package."

This is a reserved seating performance in the Singletary Center Concert Hall. Tickets are $45-55 for general admission, $40-50 for seniors, and $15 for students with a valid student ID. To purchase tickets, contact the Singletary Center ticket office online at www.scfatickets.com, by phone at 859-257-4929, or in person at the venue.

Valet parking will be available in the Singletary Center circle on Rose Street. 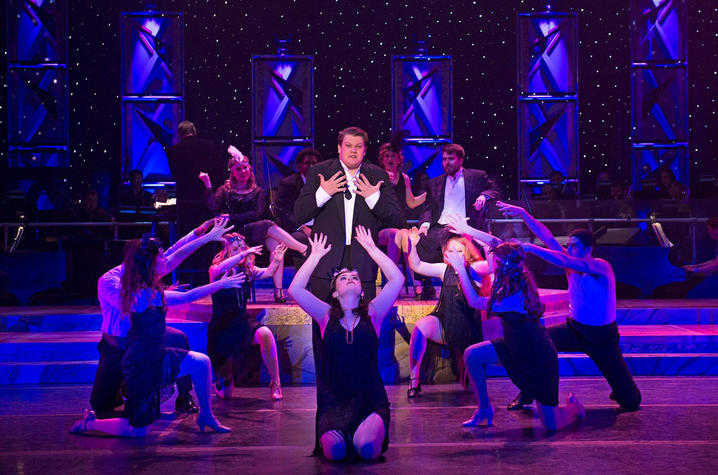 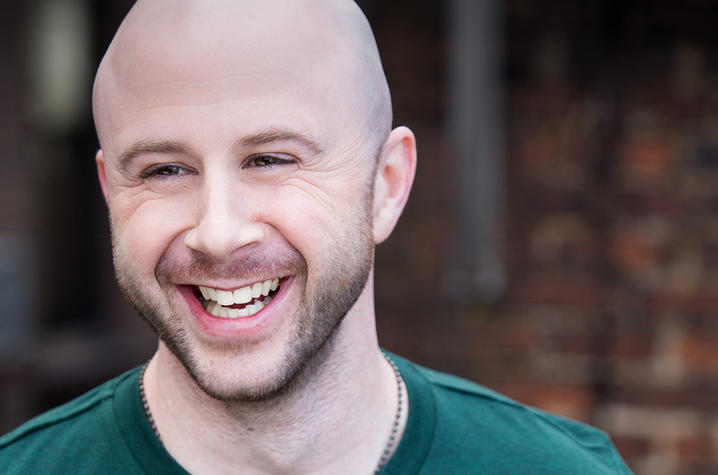 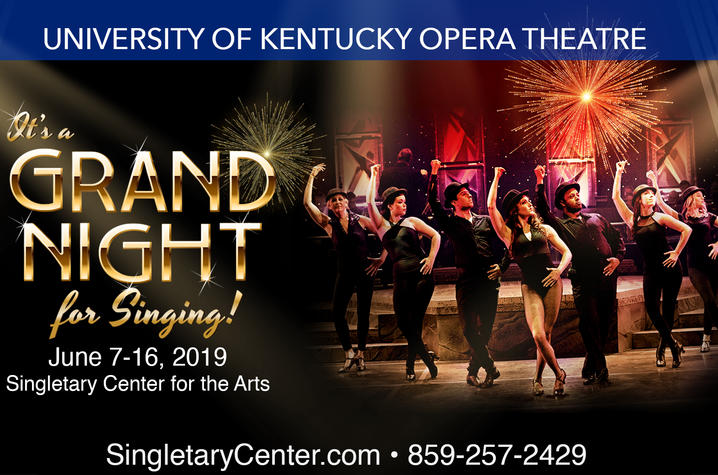