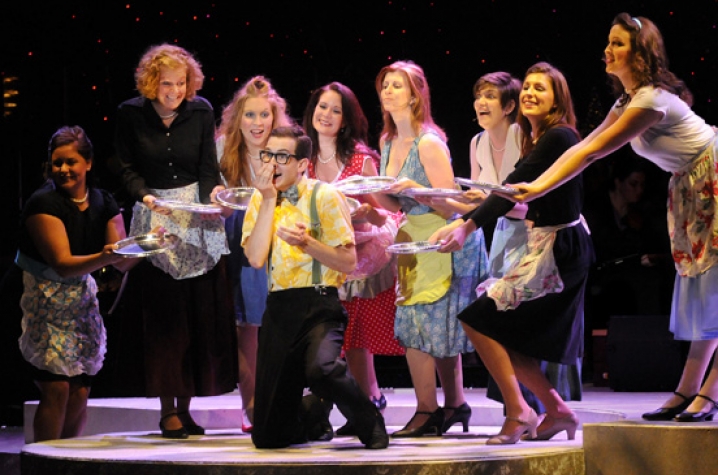 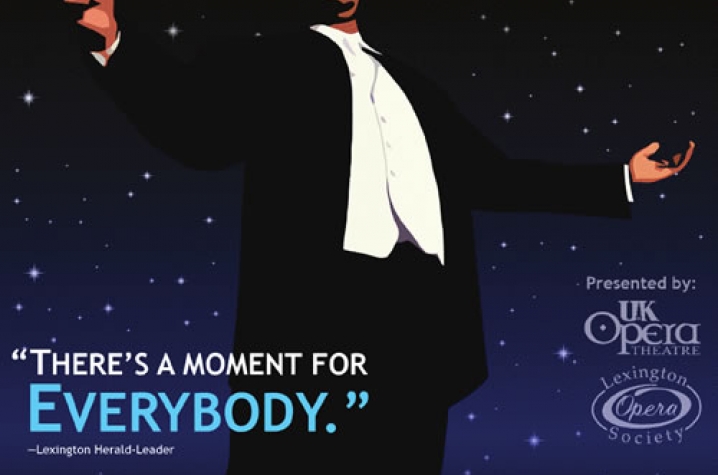 LEXINGTON, Ky. (June 11, 2010) − You don't have to be an adult to enjoy "It’s a Grand Night for Singing!," the University of Kentucky Opera Theatre's popular annual musical revue now in its 18th year. The musical program known for showstopping performances in the Bluegrass will begin a two weekend run today.

Considered one of the summer's biggest arts events, "Grand Night" has become known for its performances of beloved Hollywood, Broadway and Top 40 tunes. This year's production of "Grand Night" returns to the stage at 7:30 p.m., June 11, 12, 18 and 19, and 2 p.m., June 13 and 20. All performances will be presented at the Singletary Center for the Arts.

"Grand Night" has served as the unofficial start to central Kentucky's summer arts season since its inception. Each year's musical revue highlights classic songs. This year's show will feature some of the best university and homegrown Bluegrass talents performing hits from such Broadway shows as "Cats," "Spring Awakening," "Jersey Boys" and "Shrek" and popular Top 40 songs from artists like Billy Joel, Elton John and Barry Manilow.

Everett McCorvey, director of UK Opera Theatre program, returns as the show’s producer and Peggy Stamps, an award-winning choreographer for professional and community theater groups, is director of this year's cast of more than 100 performers. Lyndy Franklin Smith, whose recent credits include "A Chorus Line" on Broadway, is serving as choreographer.

The Grand Night Orchestra, under the direction of Robert Baldwin, will accompany the singers. Baldwin, music director of the Salt Lake Symphony and an accomplished violist, has held conducting positions with UK, Lexington Philharmonic, New American Symphony, Northern Arizona University and Flagstaff Symphony orchestras. Baldwin has conducted concerts across the U.S. and Europe, including an appearance at the 2006 Mozart Orchestra Festival.

To listen to McCorvey talk about "Grand Night" and see clips of performances from 2009, visit UK's YouTube channel at www.youtube.com/watch?v=ZCiA1MVVAVo.

Ticket prices for "It's a Grand Night for Singing" range from $10 to $34 for reserved seating. A processing fee will be applied upon completion of the transaction. To purchase tickets, contact the Singletary Center ticket office at (859) 257-4929 or visit online at www.singletarytickets.com.