Trailer for "The Way Forth."

UPDATE: The March 13 event featuring Rachel Grimes and Catharine Axley (detailed below) has been canceled.

LEXINGTON, Ky. (March 11, 2020) — Kentucky composer Rachel Grimes will present a lecture/recital on “The Way Forth,” a folk opera that follows generations of the state’s history as told by women. The free public event, featuring Grimes and filmmaker Catharine Axley, filmmaker in residence in University of Kentucky College of Arts and Sciences' Department of English, will begin 3:30 p.m. Friday, March 13, at the John Jacob Niles Gallery in the Lucille C. Little Fine Arts Library.

Inspired by a treasure-trove of family documents, photos and letters, Grimes created “The Way Forth” to chronicle the Commonwealth’s history as witnessed by the state’s women from 1775 to today.

“I began in 2016 to research some of the more vexing questions that came to the surface about these people, places, and events,” Grimes said. “Further examination formed a framework for trying to reconcile Kentucky’s history and how it relates to the westward expansion and settlement of the United States and ultimately how an era of domination, denial, and pain is reflected in the complex culture of today.”

“The Way Forth” originally premiered in Louisville, Kentucky, with a full orchestra in 2019. A feature-length film is set to be released in 2020.

Friday’s event will feature Grimes lecturing about and performing themes from her folk opera. Additionally, the presentation will highlight excerpts from the accompanying documentary. Axley will join Grimes in a conversation about their process.

This music and film experience is jointly sponsored by the Appalachian Studies Association, FOCUS musicology colloquium, and the John Jacob Niles Center for American Music, a collaborative research and performance center maintained by the UK College of Fine Arts, UK School of Music and UK Libraries. 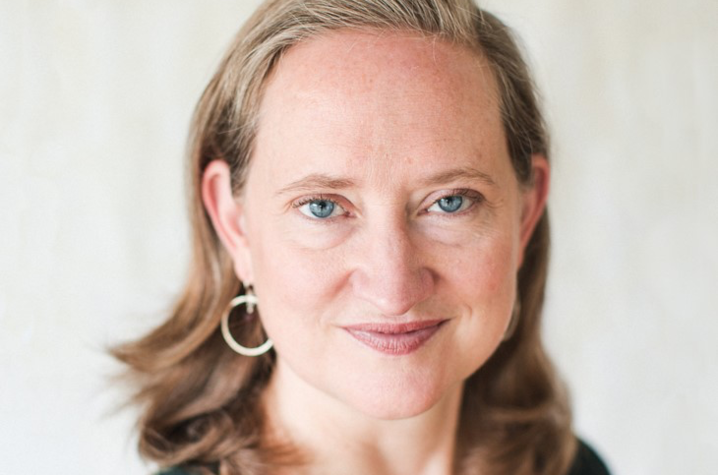 Rachel Grimes' folk opera "The Way Forth" premiered in Louisville in 2019.