The U.S. Soldiers' Chorus performs "My Country, 'Tis of Thee."

See a PBS promo for the 30th National Memorial Day Concert above.

LEXINGTON, Ky. (May 24, 2019) — This Memorial Day, as Americans pause to remember those we lost, several University of Kentucky School of Music alumni will serve the country's armed forces on stage honoring the fallen as members of bands and choruses across four of the nation's military branches.

With at least 15 alumni performing for the U.S. Army, Air Force, Coast Guard and Navy, the largest group of UK alumni among them literally lend their voices to the country. UK is the alma mater of five members of the Army's U.S. Soldiers' Chorus, making up what is believed to be the largest concentration of vocalists from one university or conservatory in a U.S. military chorus.

Founded in 1957, the Soldiers' Chorus is the vocal complement of the United States Army Field Band of Washington, D.C. The 29-member mixed choral ensemble travels the nation and abroad performing as both a separate component and in joint concerts with the Concert Band, which includes UK alumnus and percussionist Sgt. Maj. William Elliott.

"I reached out to him after I saw the advertisement in Classical Singer while I was living as a freelance opera singer in NYC. He was super excited about this career and inspired me to audition," said Strange, who earned both her bachelor's degree in 2000 and her master's degree in 2003 from UK.

To be part of a military music group and represent a branch of the military and the country, each instrumentalist and vocalist must go through an audition process. At any time, 20-40 musicians can be competing for a vacancy in these groups.

To say it can be a rigorous process is an understatement. Strange, soprano section leader of the Soldiers' Chorus explained she first submitted a recording of various required pieces and then had to report to her local Army recruiter. She then proceeded to MEPS (Military Entrance Processing Station). Once Strange passed the physical tests and the ASVAB (Armed Services Vocational Aptitude Battery), she traveled to a live audition round where she had to sing several kinds of selections including solos, sectional singing and singing in small groups. After that, the candidates were asked to sing music they had never seen.

"We call that 'sight-singing' and it can be quite intimidating," Strange said. "And finally, we include an interview to better know the candidate. In all, it was certainly a tough — but exciting — day."

Members of military choruses and bands travel and perform all over America sharing the story of their branch with citizens and celebrating veterans. They often add their talents to community events such as centennial celebrations, festivals, and city or state commemorations. And when they are not on stage, they are called on to produce and promote their work in-house through social media, print, recordings and more.

Strange, who has now traveled to every continental state several times and Puerto Rico, has sung the national anthem for the Baltimore Orioles three times, soloed with several orchestras and sang for two presidential funerals, including the service for President George H.W. Bush at the National Cathedral Dec. 5.

Last year Strange also sang "God Bless America” at the 143th Preakness and watched Justify win the second race on his way to a Triple Crown. "As a Kentucky native, let me say it was very emotional to be a part of that historic racing series."

This spring the Soldiers' Chorus presented more than 30 performances in March and April alone. Strange, who was recruited by UK Opera Theatre Director Everett McCorvey to UK from Campbellsville High School, credits her training at UK for preparing her to take on such a busy performance calendar.

"I feel extremely fortunate to have had the amazing education and experiences there. I truly could not do my job without the myriad of skill sets I received as a vocal student. You have to work so hard and never give up," Strange said. "I was also fortunate to sing the national anthem three times at Rupp Arena — and that will certainly prepare anyone to sing under pressure!"

Next up, audiences nationwide can see Strange and her fellow Wildcats sing live as PBS stations air the 30th National Memorial Day Concert from the west lawn of the U.S. Capitol — a concert that includes one of her favorite songs to perform. "We all love the 'Armed Forces Salute' and watching veterans and their families stand for their service song," she said.

And while Strange treasures her performance and travel experiences, it is her fellow vocalists that she loves most about the Soldiers' Chorus.

"I truly enjoy working with a diverse group of talented musicians. We rely on each other daily for continued professionalism and comradery to accomplish our mission," she said. 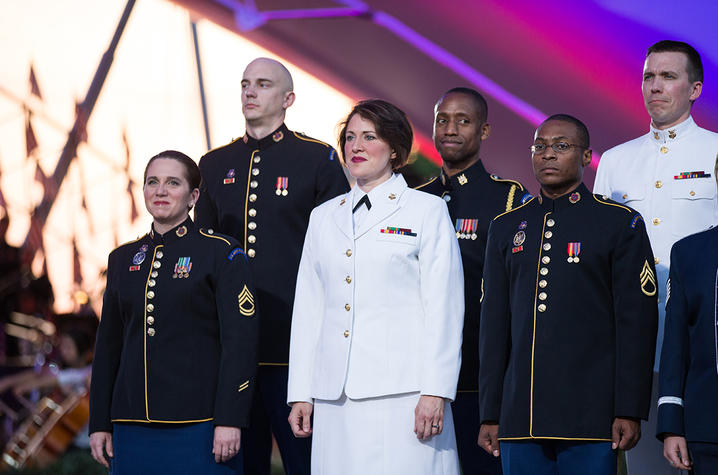 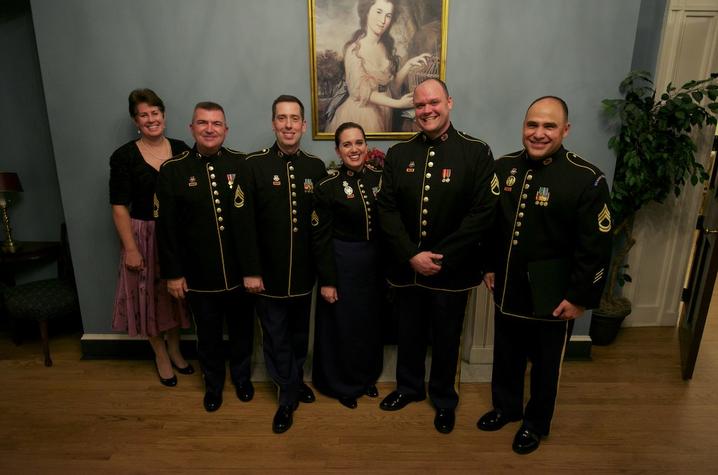 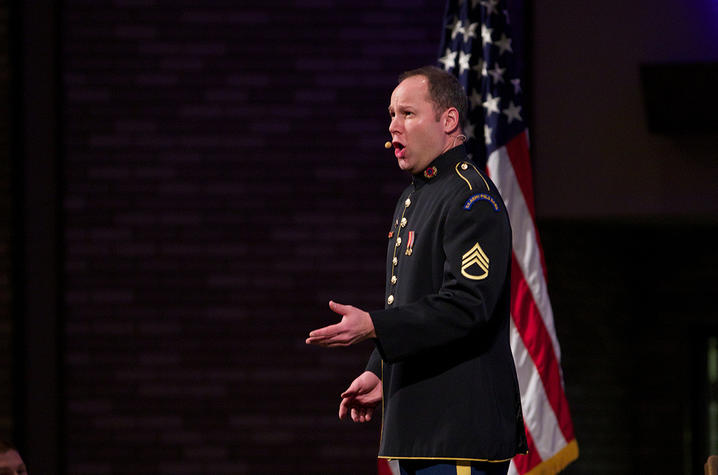 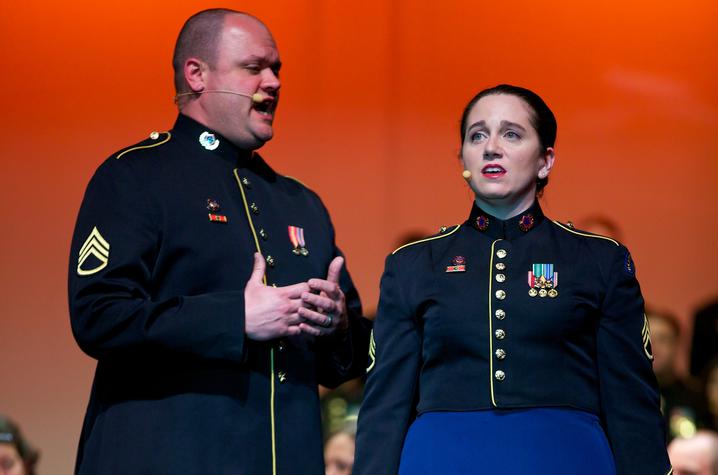 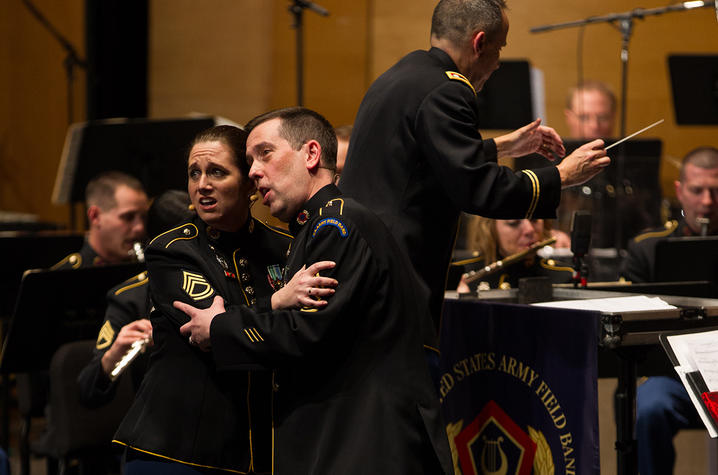 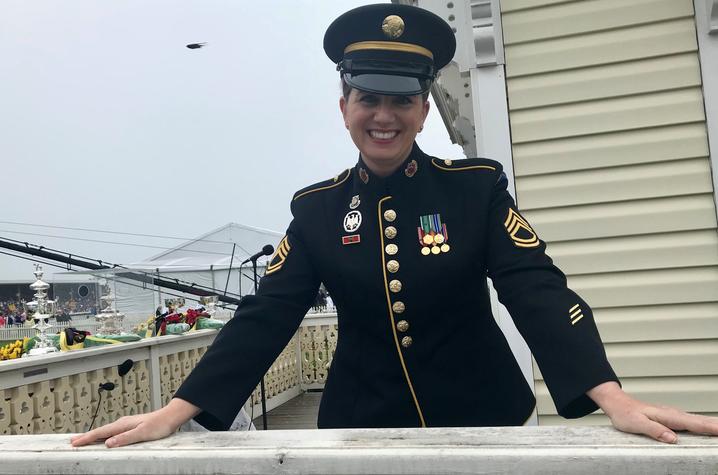