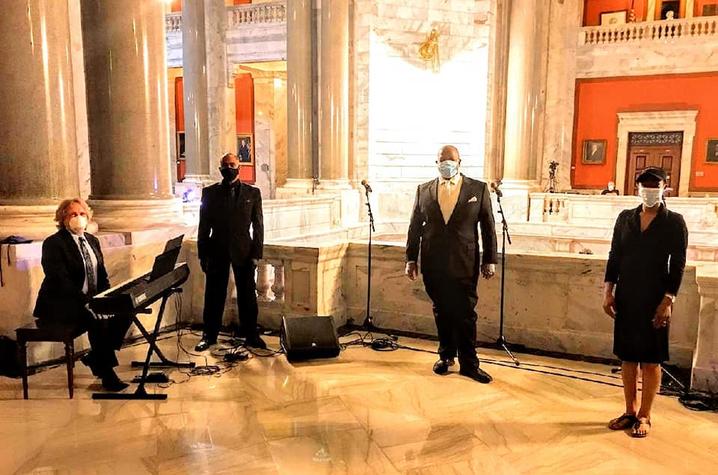 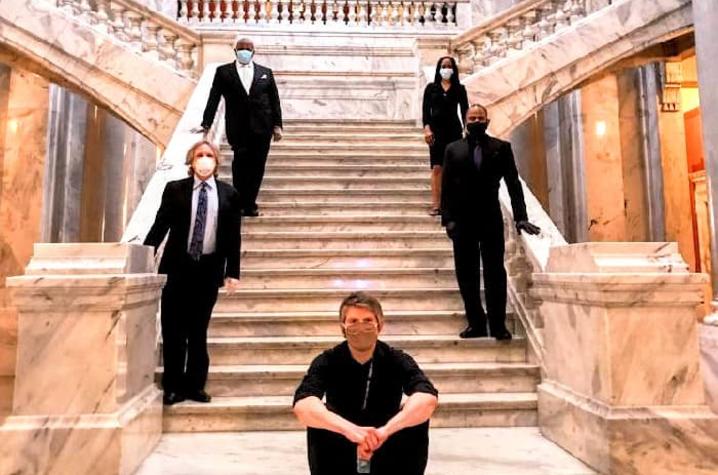 LEXINGTON, Ky. (May 29, 2020) — A memorial for former First Lady of Kentucky Phyllis George was broadcast Monday, May 25, for viewers across the Commonwealth by KET (Kentucky Educational Television). The livestreamed ceremony, held in the state’s Capitol, gave citizens across Kentucky an opportunity to remember the life and many accomplishments of George during a time when only a limited number could attend due to safety restrictions in place because of the COVID-19 pandemic.

The memorial held in the Capitol Rotunda commemorated the life and work of the beloved businesswoman, actress, Miss America, TV host, news anchor, pioneering sportscaster and first lady. Known for her championing of Kentucky’s artists on a national stage, it was not surprising the ceremony included several musical performances by noted vocalists with connections to the state.

Among the musicians featured in “A Capitol Farewell: Phyllis Ann George” were four of UK Opera Theatre’s faculty and alumni. UK Opera Theatre Director Everett McCorvey, alumnus and Director of the Lyric Theatre and Cultural Arts Center Whit Whitaker and alumna Dione Johnson Napier opened the ceremony with the state song. Other songs performed included “Amazing Grace” and “Ain’t No Mountain High Enough.” The UK vocalists were accompanied by Tedrin Blair Lindsay on the piano. In addition to the performers with UK ties, Broadway veteran and Kentucky native Laura Bell Bundy performed two songs virtually from her home in California. Lindsay closed out the program playing “Raindrops Keep Fallin’ on My Head,” which George played when competing in Miss America.

To watch the memorial in its entirety, visit KET online at: www.ket.org/program/phyllis-george-memorial/.