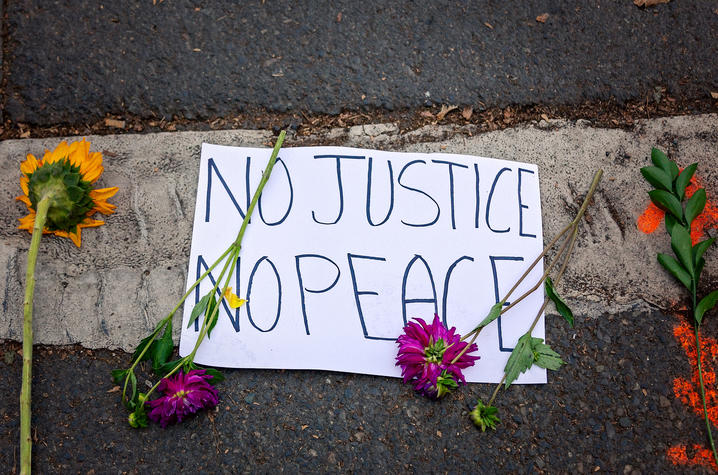 These individuals reflect the most recent unjust killings of African Americans. These repeated acts of injustice have a profound impact on the mental health and well-being of our students, staff, faculty and alumni, particularly African Americans. I struggle with making sense of something that is far beyond my comprehension and wonder when these injustices will end. The harsh brutality toward African Americans in this country is nothing new and is rooted in this country’s dark history. Slavery, convict labor, mass incarceration, socioeconomic disenfranchisement, and racialized discrimination, harassment, violence and brutality have been the reality of African American life in this country. These vestiges of slavery have existed for far too long, and they must stop!

As a country, we have reached a tipping point, and we can no longer minimize these harsh truths. The ability to minimize, normalize, or rationalize these long-standing realities can no longer exist. African Americans, along with persons of other racial/ethnic identities, are standing in solidarity against African American brutality, and they are demanding action. Peaceful marches with outcries of “No justice, no peace” are happening throughout the country. Such sentiments are also held by persons who are not at these demonstrations. These nationwide demonstrations of injustice are communicating, both implicitly and explicitly, that:

In the words of Fannie Lou Hamer, “I’m sick and tired of being sick and tired.” Inaction is no longer acceptable, and action is required and demanded. The heartbreak and outcries of anguish and rage have been happening for far too long, and now the entire world is watching these days of reckoning unfolding. James Baldwin said it best “Not everything faced can be changed, but nothing can be changed until it is faced.” Thus, we must understand the ways in which this country’s history of slavery continues to manifest itself today. I contend that the repeated inhuman treatment of African Americans is rooted in the brutal treatment of blacks during slavery — when we were nothing more than chattel. While this painful reality exists, these national protests are conveying such treatment is no longer acceptable, nor will it be tolerated.

There is an opportunity to chart a new path forward, starting now. The solutions to these long-standing injustices require the very difficult work by us all, and it must occur with all deliberate speed. African Americans should not be required to dismantle a system of oppression that they took no part in creating. The responsibility truly rests with persons in positions of power and privilege who helped to create or sustain these systems. To bring about a fair and just society for African Americans, as well as any minoritized community, requires a level of sensitivity, empathy, transparency and action like we have never witnessed before. Not only should we rid this country of unjust police brutality, we must also identify and eradicate injustices and inequities wherever they show up. A critical examination of policies, procedures, and practices that reward or privilege the privileged and disadvantage African Americans and other minoritized identities is of utmost importance. We must include African Americans and persons of diverse identities at the decision-making table, which helps to mitigate group think. Diverse perspectives matter and are required to eradicate injustices that commonly exist throughout institutions and within the society in which we live.

The work that lies ahead will not be easy, but it is required. If we truly want this country to be great, it means that no one is left out or left behind. It means that persons with black and brown skin are treated with value, respect, and dignity. It means that we will no longer tolerate any form of inequity that benefits the privileged and excludes others. It means we care about the treatment of people who don’t look like us or have had different life experiences. It means that when we see and hear injustices in any form, we will not only speak out but take actions against it. To do anything less means that we too are contributing to the problem.

“In the end, we will remember not the words of our enemies, but the silence of our friends.” (Martin Luther King)