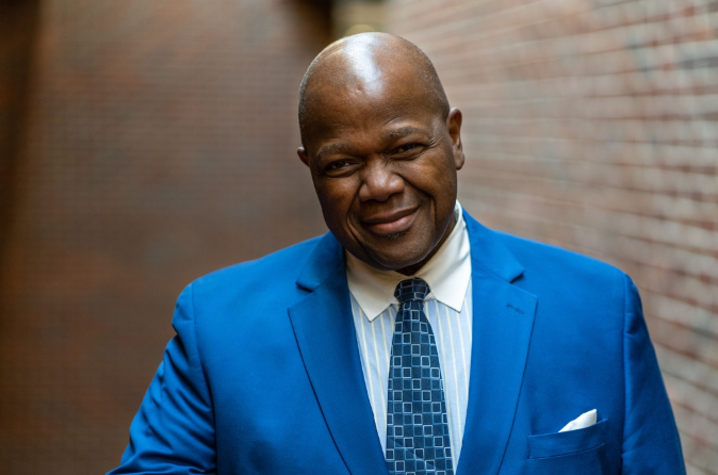 Earlier this week, I was able to speak with Dr. Everett McCorvey who has been at the University of Kentucky for 29 years. Dr. McCorvey was  the first African American to graduate with a doctoral degree in music from the University of Alabama. He is deeply passionate about ensuring all our students have the opportunity to succeed.

Where are you from, and how did you get here?

I was educated in the public schools growing up in Montgomery, Alabama. Actually, President Capilouto and I went to the same high school, just at different times.

When I moved to New York after completing my master’s, my last performance was at the Metropolitan Opera. I had the opportunity to meet my wife there when we were both singing in the debut production of Porgy and Bess. We married after the second season of the show, and after that, we returned to Alabama so I could earn my doctorate. Afterward, I accepted a Director of Fine Arts position at Knoxville College. A year later, I accepted a very attractive offer at the University of Kentucky.

My job at the University of Kentucky was as an assistant professor of voice. What interested me about the position was that the director of the UK School of Music at the time, Harry Clark, said, “I would like to build an internationally acclaimed voice area.” That was right down my alley and what I was interested in – being able to effect change and have an influence nationally and internationally on the vocal career platform. So, when I came here, my job was to teach voice and begin to build the program. After six or seven years, I was asked to head the opera theatre program, which I took over in 1997, and we have been working to build that program as well.

As you know, a lot of times it is difficult to fundraise for different programs in the arts, but the city of Lexington has been amazing. We started off with no money and without an endowment. But now, after 20 years, we are up to $8 million in endowments just for running the opera program. The result has been that our opera program is now mentioned by The Richard Tucker Foundation as one of the top opera programs in the country. We are very excited about that, and our program has about 125 students who come from all over the world. I have been very pleased with our work, and the work of our amazing colleagues in the School of Music and the College of Fine Arts.  We are quite a team.

I am also in my sixth year as the artistic director of the National Chorale of New York City – a professional choir in New York. Our concerts take place at Lincoln Center in New York City. I’m very excited about all of that, and it’s just been a great relationship here at UK because they have allowed me to spread my wings and they have supported my endeavors.

What does DEI mean to you?

I tell people all the time that a student may come to school to major in vocal performance, but what I’m actually teaching them to do is how to become a contributing member of society and how to use their talents and skills to be able to be successful. I take that as my job here, and I take the work on the DEI Leadership Team as an opportunity to help remove those barriers that prevent our students from being successful.

What would be an indicator to you that we are successful?

One of the indicators that we will have been successful will be the diverse number of people we are able to graduate. Our goal is to get people in school, educate them and then graduate them. One of the indicators will be our ability to educate and graduate a diverse number of students so that the percentage and number of students who come into the university is a similar percentage who graduate. That’s a big part of our job – graduating students and getting them back into society – because those graduates become some of our strongest recruiters, but only if they have had a great experience here, if they felt there were no barriers and if they were fully able to realize their dreams.

I say to people all the time: our big competitors in music education are other well-known arts institutions and conservatories. But I know for a fact that our students who come to UK get a similar, if not better-quality education, and that is because of the supportive environment that we have created in our program. Those institutions may have a few years head start on us because they’ve had more money or have been out there longer, but I will put our students and our faculty up against any program in the country, and that’s because that’s the level of excellence we require of our faculty and students who come into this program. They all know that our motto, our goal, is to be the best training program in the country for young artists, and we instill that in them, we expect that level of excellence. So, our goal as teachers is to remove those barriers so students can be successful at the highest levels of their dreams.

You mentioned that DEI is ingrained in all you do. Someday, when other students and faculty look back on your career, what would you hope they say about you?

I want them to be able to say that I opened doors for them; that I gave them opportunities they probably wouldn’t have gotten anywhere else. If you look at the demographic ratio of people of color in our program, you will notice we are very diverse. That has to be intentional. We go out and recruit and find people of color, people of all ethnic groups and races, so that we can bring them into the program and give them the opportunity to succeed.