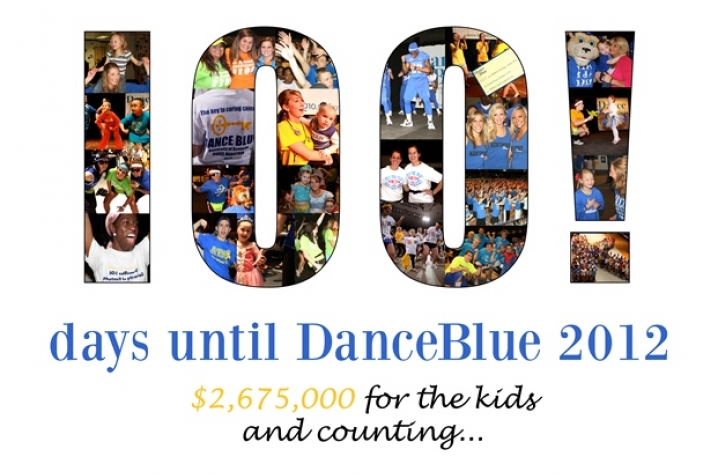 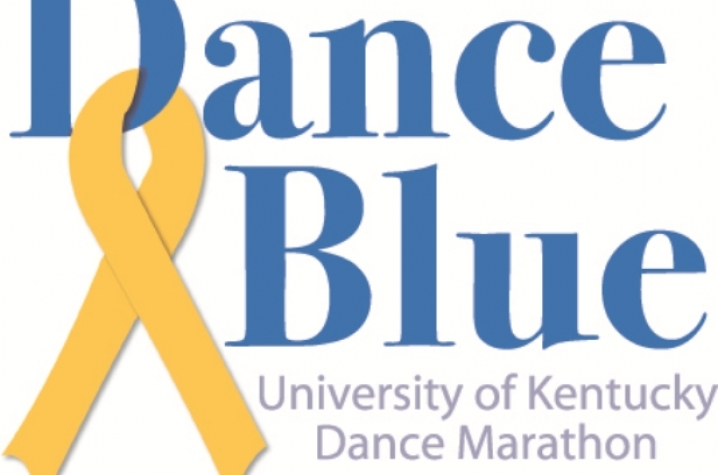 LEXINGTON, Ky. (Nov. 22, 2011) – DanceBlue 2012 is just 100 days away, kicking off its seventh year at 8 p.m. March 2 in Memorial Coliseum. This year looks to be the largest event yet, and each person involved with DanceBlue has a special reason that they decided to dance for the kids.

"In this time of Thanksgiving, we are mindful of the lives of children we have lost, who, in the midst of this terrible affliction, brought joy and inspiration to everyone around them," Will Blackford, DanceBlue's operations chair, said. "We are grateful for the lives saved, the kids still fighting and the opportunity that we have been granted to make a new future – one without cancer."

“I am grateful for the opportunity to make a difference in the lives of the children at the clinic,” Clay Stanley, 2012 DanceBlue overall chair, said. "I am thankful for a campus community that, for one weekend, can put all differences aside and rally together for one cause. There’s something about DanceBlue that touches the heart of every Wildcat and for that, I am thankful.”

DanceBlue is a 24-hour, no-sitting, no-sleeping dance marathon at the University of Kentucky to raise money for the Golden Matrix Fund. The Golden Matrix Fund benefits cancer research, children with cancer and their families at the UK Pediatric Oncology Clinic.

DanceBlue was originated in 2004 when a forum was led by Jennifer Mynear about the possibility of starting a dance marathon at UK. Mynear’s son, Jarrett died at the age of 13 after an 11-year long battle with cancer. Leadership groups around UK's campus were inspired to recruit organizers for this new cancer campaign, and they were met with tremendous support. Organizers found a welcome home for this new event at the UK Center for Community Outreach.

The first DanceBlue marathon took place in February 2006 with more than 30 student organizations and 180 dancers. The marathon raised $123,323.16 for the UK Pediatric Oncology Clinic. That year, DanceBlue broke all fundraising records for a first-year dance marathon event. It became the most successful student-run philanthropy event in UK’s history and has continued to grow over the years. Since the first marathon in 2006, DanceBlue has raised more than $2.6 million for the UK Pediatric Oncology Clinic.

“When I started in 1982 we had two physicians, one nurse coordinator, one research nurse and one lab technician," Waldmann-Ward said. "Now we have six physicians, six nurse coordinators, two research nurses, three social workers and of course the clinic staff of six registered nurses. We are also fortunate to have our own pharmacist and pharmacy tech. We have our own clerk that does all the scheduling of patients, for the numerous scans, appointments with other specialties, and keeping up with all the insurance policies. DanceBlue has been an important part of our growth."

Funds from DanceBlue also go toward the Late Effects Clinic which allows physicians to do long term screening of patients. Some families travel to the clinic for treatment on a regular basis for over three years, the average length of treatment for some leukemia protocols. Unfortunately, even after such extensive treatment, there can be lifelong side effects that stay with patients. Being able to follow up with patients in the Late Effects Clinic years after their treatment helps them to lead normal lives.

DanceBlue provides more than just financial support to the clinic. DanceBlue directly funds two social workers who are dedicated to pediatric oncology social work and who connect families with various resources. Prior to DanceBlue there were no dedicated pediatric oncology social workers. In addition to these two social workers, students on the DanceBlue committee provide hands on involvement year round. Committee members regularly visit the clinic to play with the children, organize toy areas, assist children in checking in, plan fun events throughout the year and help with emotional support.

Give to DanceBlue here and connect with DanceBlue on Facebook at www.facebook.com/danceblue and on Twitter at twitter.com/UKDanceBlue. As part of the 100 day countdown today, DanceBlue's Twitter feed will be posting reasons why people are thankful for DanceBlue. To share your reason, simply use the hashtag #DB12 in your tweet. Members of the DanceBlue team will also be on WKYT 27 NewsFirst Midmorning show today at 10 a.m.

DanceBlue is a program housed in the UK Center for Community Outreach (CCO). The CCO seeks to serve, connect and unite the University of Kentucky with the surrounding community in collaborative efforts to promote life-long community service. For more information about the CCO, visit getinvolved.uky.edu/cco. Connect with the CCO on Facebook here and on Twitter at twitter.com/ukcco.