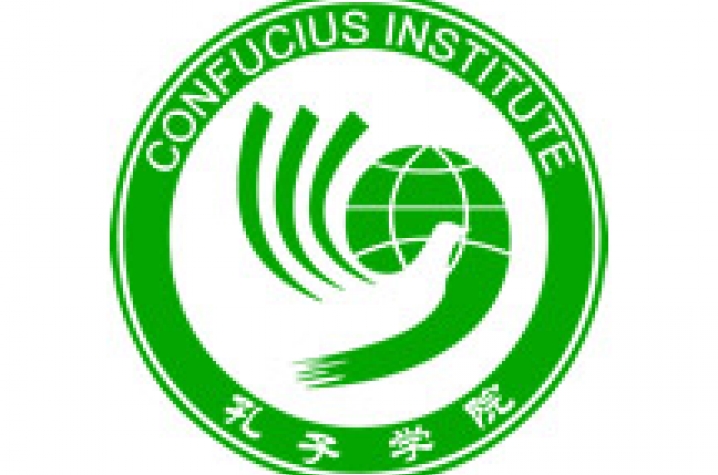 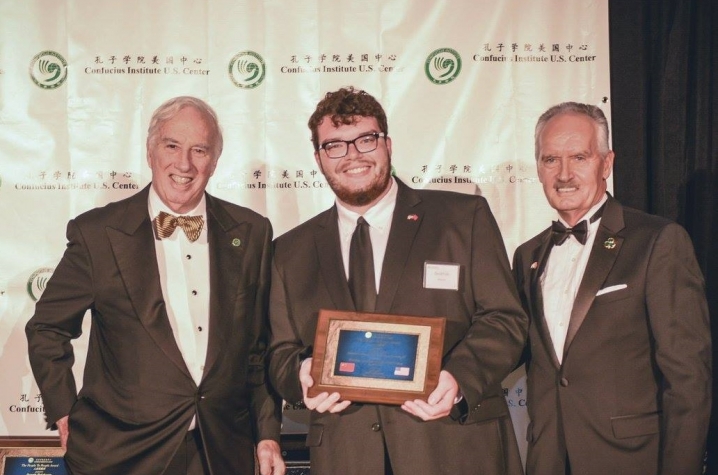 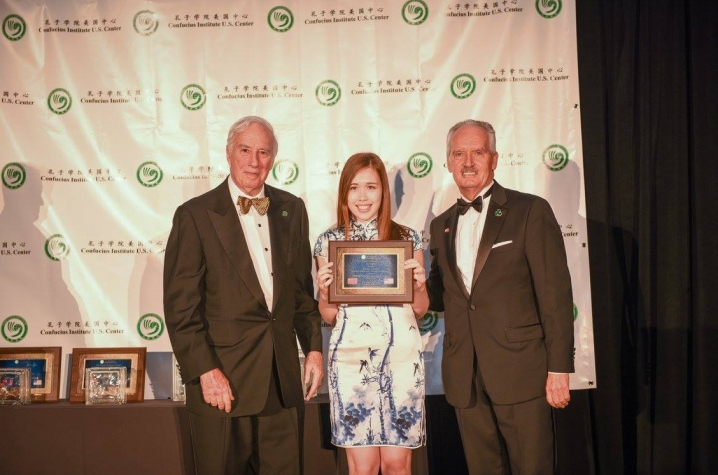 David Cole and Rachel Lietzow, both members of the UK Honors Program and Chellgren Fellows, were acknowledged among eight individuals from across the nation with a People to People Exchange Award for creating cross-cultural connections and initiatives between China and the United States.

"Never have I found myself surrounded by people who I couldn't verbally understand, but I wholeheartedly felt a connection toward," said Cole, honoree and UK senior majoring in English. A native of Monticello, Kentucky, Cole participated in the UK Confucius Institute 2016 Young Leader’s Trip to China, as part of his Gaines Fellowship.

“David is a particularly special case, as his first plane trip ever was the one we took to Shanghai,” said Philip Harling, interim dean of the Lewis Honors College and executive director of the Gaines Center for the Humanities. “He’s grown immensely as a result of his recent travels, and it’s been such a pleasure to see him blossom and extend his already formidable talents.”

Though Lietzow, a native of Union, Kentucky, is more familiar with the Chinese language and culture, she also felt blessed by her experiences with the institute and was honored to receive the award.

“The Confucius Institute has sent me to wonderful places, where I have returned with unimaginable experiences and memories,” said Lietzow, honoree and UK sophomore majoring in foreign language international economics with a focus in Chinese. “That night was truly an eye-opener: I realized that I am not alone on my Chinese journey. Along the way, I hope to make my own impact in bridging the Chinese and American people and culture.”

"Cultural understanding is key for a successful partnership," said C.D. Mote Jr., president of the U.S. National Academy of Engineering and former president of the University of Maryland, who gave a keynote speech at the gala.

The Confucius Institute U.S. Center is a nonprofit organization dedicated to providing high-quality Chinese language education and introducing Chinese culture for enhancing people to people interaction between China and the U.S.

A gateway for Chinese language, culture and art to the people of Kentucky, the UK Confucius Institute provides leadership, support and coordination for Chinese language and programs in K-12 schools as well as on UK's campus; assists and facilitates establishing and maintaining faculty and student exchanges between UK colleges and Chinese universities; conducts Chinese language and cultural exchange; and promotes education about China on campus, across the Bluegrass region, and throughout the Commonwealth. To keep up with UK Confucius Institute and future events, join the institute's litserv and follow them on Facebook, Twitter and Snapchat (UKConfucius).