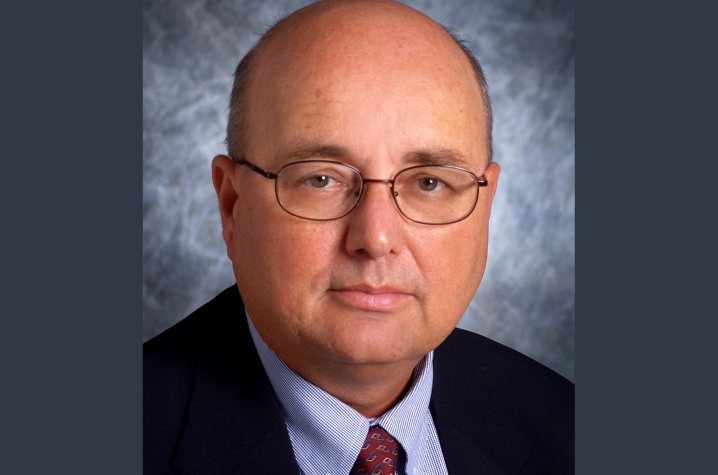 LEXINGTON, Ky. (June 28, 2010) − Terry Birdwhistell has been selected as the next dean of the University of Kentucky Libraries pending approval by the UK Board of Trustees. The current associate dean for Special Collections and Digital Programs and co-director of the Wendell H. Ford Public Policy Research Center, Birdwhistell has been credited with building programs and centers, obtaining significant archival collections, as well as actively engaging in scholarly research, publications and media productions during his 35 years of service in the UK Libraries administration.

Calling his appointment "a tremendous honor," Birdwhistell said he looks forward to working with Provost Kumble Subbaswamy and the UK Libraries’ faculty and staff to continue building the UK Libraries into one of the nation’s finest public research libraries."

Birdwhistell, who has been serving as interim dean since January, holds a bachelor's degree in American studies from Georgetown College, master's degrees in history and library and information science from UK, and a doctorate in educational policy studies and evaluation from UK.

A noted oral historian, Birdwhistell assumed the position of director of UK's Oral History Program in 1974 and is credited with building the Louie B. Nunn Center for Oral History into one of the nation's top programs during his 31 years of service guiding the program.

In the 1980s, Birdwhistell began taking on several other leadership positions in UK Libraries including serving as University Archivist from 1985 to 2001. He has also served as executive secretary of the UK Libraries National Advisory Board since 2007.

In 2001, Birdwhistell was named co-director of the Ford Center. A founding member of the Association of Centers for the Study of Congress, the center has brought to campus such prestigious national leaders as former Senator Joe Biden (now vice president of the United States), former Senator Walter Dee Huddleston, former Vice President Walter Mondale, and former Senator and Democratic nominee for the presidency George McGovern.

Birdwhistell was named associate dean for Special Collections and Digital Programs (SCDP) in 2005. Under his leadership, he brought together a new organizational structure that included Preservation and Digital Programs, Archives, the Special Collections Library, the Nunn Center and the Ford Center. SCDP has a national reputation for its extensive holdings of rare books, manuscripts, photographs, and oral histories. SCDP also houses and provides administrative support for the Kentucky African-American Encyclopedia Project.

Birdwhistell is a member of the UK College of Education Hall of Fame and in 2007 was named one of the "25 Movers and Shapers at UK during the Past Twenty-five Years" in UK Office of Research's ODYSSEY Magazine.

Since 1987, Birdwhistell has also been active in the classroom. He currently holds an adjunct faculty appointment in the UK College of Education and has taught in the UK School of Library and Information Science.

Birdwhistell also serves as co-general editor of the "Kentucky Remembered: An Oral History Series" published by the University Press of Kentucky.

Outside UK, Birdwhistell serves on the Advisory Committee on the Records of Congress, Kentucky's State Archives and Records Commission and the executive board of the Kentucky Historical Society. He is a past president of the national Oral History Association, the Kentucky Council on Archives and the Kentucky-Tennessee American Studies Association.

Birdwhistell succeeds Carol Pitts Diedrichs, who served as dean from July 2003 to December 2009.

"Dr. Birdwhistell brings a rich combination of experiences to his new post as the dean of UK Libraries," said Provost Kumble Subbaswamy. "His extensive knowledge of current library and information access issues, and his deep knowledge of the Commonwealth will help advance the work being done at UK Libraries to better serve the university and its communities."

Birdwhistell will begin his tenure July 1. The major research library in the Commonwealth and a member of the Association of Research Libraries, UK Libraries provides comprehensive access to information essential to teaching, research and service at UK. The library system includes more than 3.5 million volumes; more than 31,000 current periodical titles; more than 400 networked electronic resources; and nearly 45,450 electronic journals accessible on and off campus.