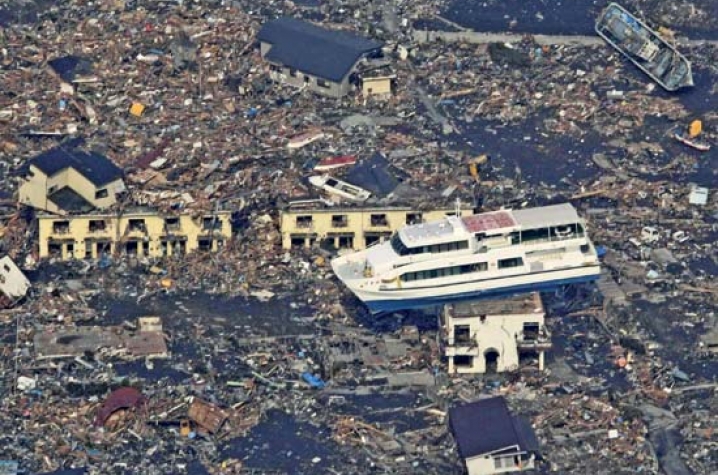 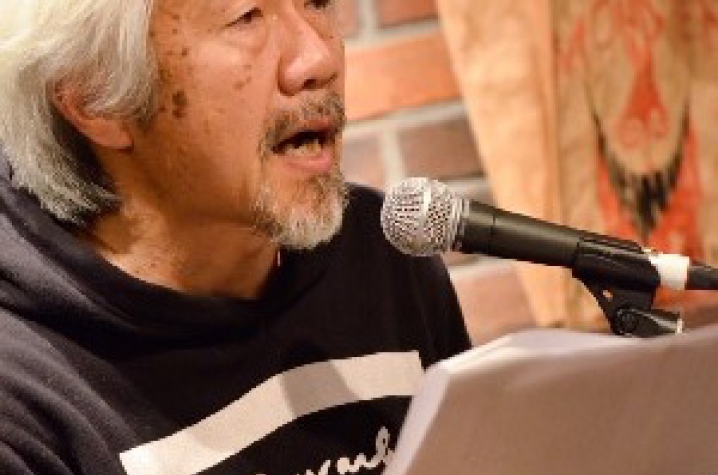 The documentary will be screened with free admission at 7-9 p.m. Wednesday at the Kentucky Theatre on Main Street, downtown Lexington.

“True Songs” follows the performances of a dramatic reading of the late Kenji Miyazawa’s “Milky Way Railroad” by several of Japan’s outstanding artists. These include the novelist Furukawa Hideo, who wrote the screenplay; the poet Suga Keijirō, the musician Kojima Keitaney-Love and the translator Shibata Motoyuki. It is a record of song, oral narrative and spoken word performances performed in the years since the March 11, 2011, disaster. The group has taken the show throughout Japan — from an ancient sake distillery to evacuation housing in Northern Japan to a railroad car in Kyoto. The film provides not only a documentary of the performance’s history, but a record of the performance itself and a record of life in post-3.11 Japan.

Keijiro, one of the principal actors/readers/artists, will lead a discussion following the film. He is a renowned Japanese poet, writer and translator; the recipient of a range of major literary awards and a professor at Tokyo’s Meiji University. He is the author of more than a dozen books including “Strangeography” (2013), “Agend'Ars” (2010) and “Omniphone” (2005). He has also translated many works from French, Spanish and English, including Antoine de Saint-Exupery's “The Little Prince.”

Professor Doug Slaymaker, of UK’s Japan Studies program, supplied the subtitles and described the film as “a compelling rendition of a powerful stage piece performed by some of contemporary Japan’s most important voices. It is also a remix of one of the most loved of Japanese tales — Miyazawa’s ‘Milky Way Railroad.’ Miyazawa and this tale are tied to the Fukushima area.”

Fukushima is located in the northeastern area of Japan, which took the brunt of the deadly 9.0 earthquake and tsunami, which reached heights of more than 130 feet and traveled up to six miles inland. The earthquake moved the main island of Japan 8 feet eastward and shifted the Earth on its axis between 4 and 10 inches. The disaster caused meltdowns at the Fukushima Daiichi Nuclear Power Plant, the worst nuclear meltdown since Chernobyl. Nearly 16,000 were confirmed dead, 6,000 more injured and more than 2,000 still missing.

Miyazawa is from the Fukushima region; so is novelist and playwright Furukawa. “Thus, the film is closely tied to the affected area, even though it is not about the disasters," Slaymaker said.

“Miyazawa’s tale of loss and possibility, of the fabulous and the grand, has taken on special meaning following the 3.11 disasters. In this record of the dramatic reading, mostly staged in the disaster-stricken areas, we get an intimate portrayal of the psychological and physical repercussions of the disasters,” said Slaymaker.

The event is sponsored by UK’s College of Arts and Sciences Department of Modern and Classical Languages, Literatures and Cultures; the Japan Program; and the International Studies Program.