LEXINGTON, Ky. (Dec. 3, 2018) – Jevincio Tooson had every reason to believe attending college was an unreachable dream.

Raised by a single mother and twice homeless while growing up, no one in Tooson’s family had ever graduated from college.

Tooson applied for about 40 scholarships.

He received, by his count, about 40 rejections.

One day, an email from the University of Kentucky simply said “congratulations.”

A door opened. Tooson, excitedly and without hesitation, stepped through it.

The email contained the offer from UK of an annual scholarship, enough to pay for school, enough to open doors of opportunity that would change one life and herald the potential promise of transforming others.

“Once I read that (email), I ran downstairs, and I got on my knees and I was just thanking God because I knew how hard that was … and what that meant to me,” Tooson said recently. “Earning those scholarships meant that I could stay focused on my studies and just focus on preparing myself for the workforce.”

Scholarships meant a life-changing opportunity to Tooson, who will fulfill graduation requirements for a Bachelor of Science in dietetics upon completion of an internship this semester. He wants to work in the area of sustainability. Because of his scholarship, he also has had the opportunity for professional development, among other things attending a conference at the United Nations while at UK.

He believes that now it’s his responsibility to give back.

Tooson is one of a number of students involved in the Bilal ibn Rabah Scholarship initiative. The new scholarship is designed for underrepresented students. The goal is to financially support students, but also to open further dialogue among the Lexington Muslim community, other underrepresented populations and UK.

The new scholarship – founded and administered by UK political science and Arabic and Islamic studies senior Hadeel Abdallah – was celebrated Nov. 30 at a dinner attended by recipients, other students, university officials and President Eli Capilouto.

The idea for the scholarship initiative stems from Abdallah’s experience as a Gaines Fellow.

“My junior year in the Gaines program we had to come up with a jury project that helped our community in some way,” Abdallah said. “During that same time, I was also doing an internship with Vice Mayor Steve Kay and in that internship we discussed the need to bring the immigrant and refugee community together and help integrate them a little more in Lexington and get them more civically engaged. So, the idea of the scholarship was not only to provide a source of financial help…it was also to build fellowship and friendship between these different parts of the community.”

Assistant Vice President for Philanthropy Don Witt, who also helps administer the program, calls the initiative historic for both campus and the greater Lexington community.

“The Bilal ibn Rabah Scholarship is a reflection of rewarding students who have worked hard to overcome various obstacles to achieve their academic and life goals – and to address the financial constraints of obtaining a degree,” Witt said. “In addition, this scholarship is a true collaboration of multiple entities coming together – UK, the Muslim community, and the City of Lexington to enhance and embrace open dialogue and understanding of various cultures, faiths, and philanthropy – all leading to the common goal of supporting the humanitarian spirit.”

The Bilal Scholarship helps support the UK LEADS initiative, which addresses unmet financial need, and is part of the university’s philanthropy campaign, Kentucky Can: The 21st Century Campaign."

“The Bilal ibn Scholarship mirrors our efforts to support a rich tapestry of diversity, inclusion, respect and belonging on our campus,” Capilouto said. “And, like all scholarships, it will support young men and women on their path to leave the world a better place than they found it. That’s why we are here.”

As significantly, Capilouto said, is that the scholarship recipients almost uniformly represent a desire to take their experiences at UK and use them to transform other lives and communities.

Abdallah, who at UK has won Truman and Rhodes Scholarships, was able to come to UK because of a William C. Parker Scholarship. “(That scholarship) pretty much changed my life because instead of thinking about how I’m going to be paying for school … I was able to think about what I wanted to do … and the life that I wanted to pave for myself,” Abdallah said.

That life, she said, involves a passion for criminal justice reform and refugee and migration issues, challenges she hopes to engage with as a human rights lawyer and later as the organizer of a philanthropy dedicated to underrepresented students.

In an important sense, Abdallah – and other students involved with Bilal – are the completion of a circle: opportunities provided becoming a catalyst for a passion to give back, to provide still more transformative opportunities for others.

“Just because you’re born with certain financial needs, that shouldn’t prohibit you from taking advantage of all of the amazing opportunities that the University of Kentucky has to offer,” Abdallah said. “(By giving back) you’re allowing somebody to pursue a dream that they probably otherwise would not have been able to pursue because of financial burdens that have been put on them.

“We intend for every single scholar to become a change maker in society.”

To learn more about the Bilal Scholarship endowment, you can go to: uky.networkforgood.com and search for the Bilal ibn Rabah Scholarship.

To hear more compelling stories from students involved in the program, view the video above. 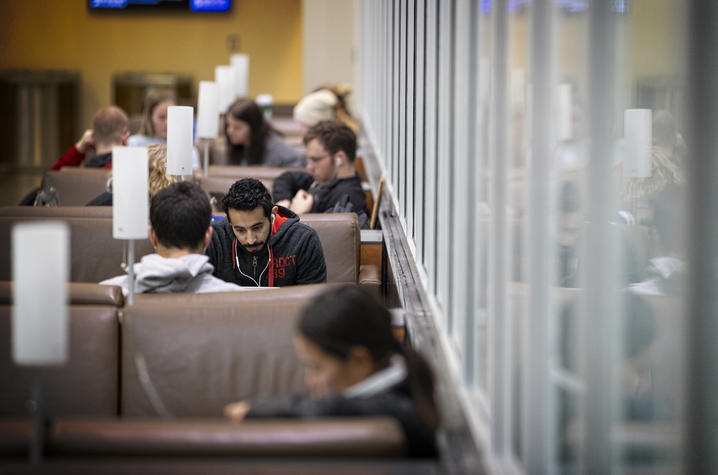 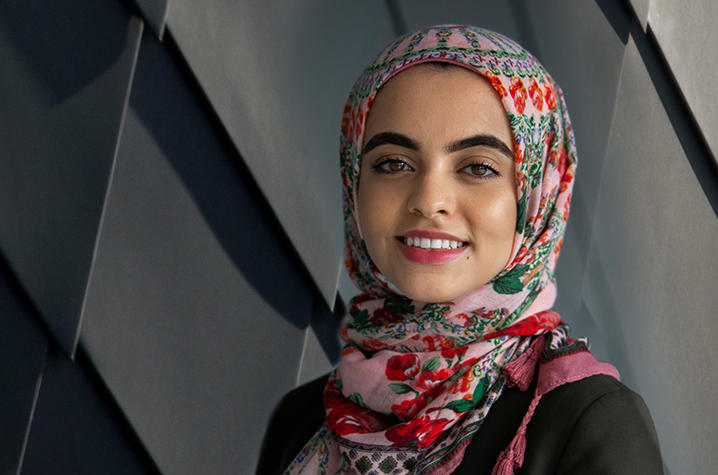 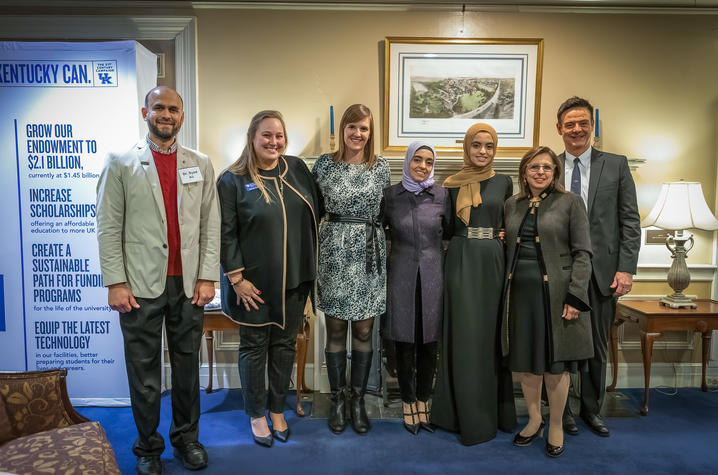