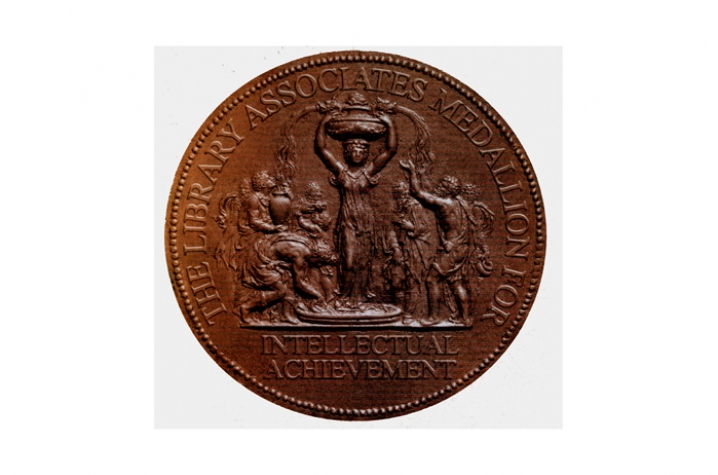 LEXINGTON, Ky. (Sept. 8, 2009) - The University of Kentucky Libraries currently is accepting nominees for the 2010 Library Associates Medallion for Intellectual Achievement, which recognizes Kentuckians who have attained high intellectual achievement. Nominations for the honor will be accepted through Sept. 25.

The Medallion for Intellectual Achievement, one of UK's most prestigious awards, was created to recognize high intellectual achievement by Kentuckians, and to encourage education and promote creative thought. Final selection of the recipient of the Libraries Medallion Laureate is determined by majority vote of the Library Associates Executive Committee. Created in 1992, the medallion's previous winners have produced a contribution of lasting value to the Commonwealth. Past recipients of the award include Wendell Berry, James Still, Bobbie Ann Mason, Thomas D. Clark and Guy Davenport.

Candidates, either a person or group, may be nominated with completion of the application and a nominating statement that describes the intellectual achievement realized in a scientific, artistic, literary, social or humanitarian field; significance of the achievement; and endorsements or verification of the work.

To be eligible, nominees must be a Kentucky native or had more than three years of study, work or residency in Kentucky.

The nomination form is available online on the UK Libraries Web site. To submit a nomination, complete the form and send it to the Library Associates Medallion Selection Committee, 103A Margaret I. King Building, University of Kentucky, Lexington, KY 40506-0039.