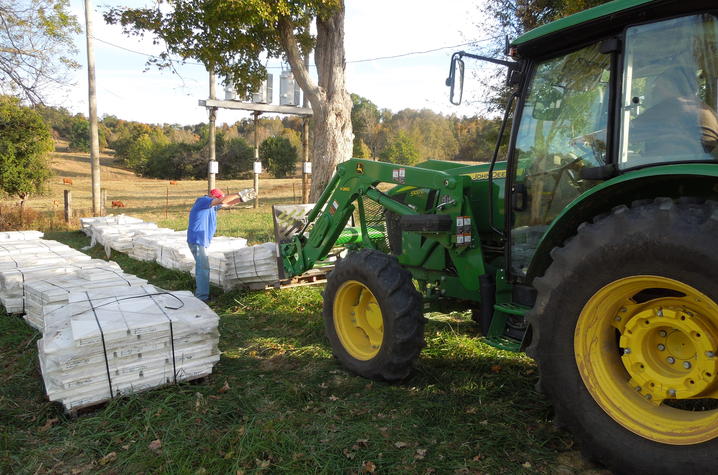 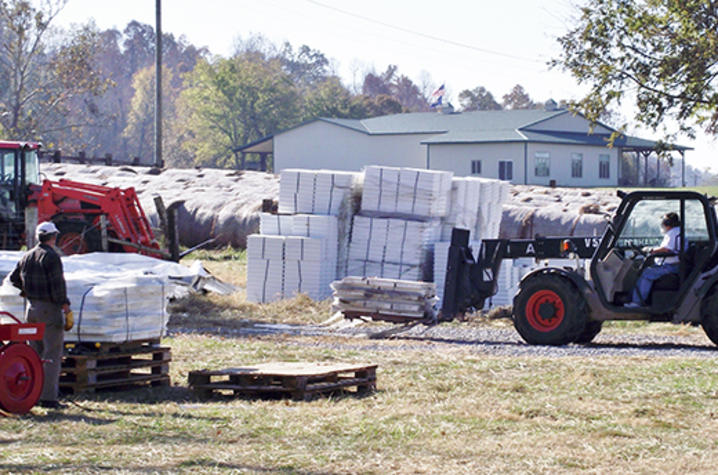 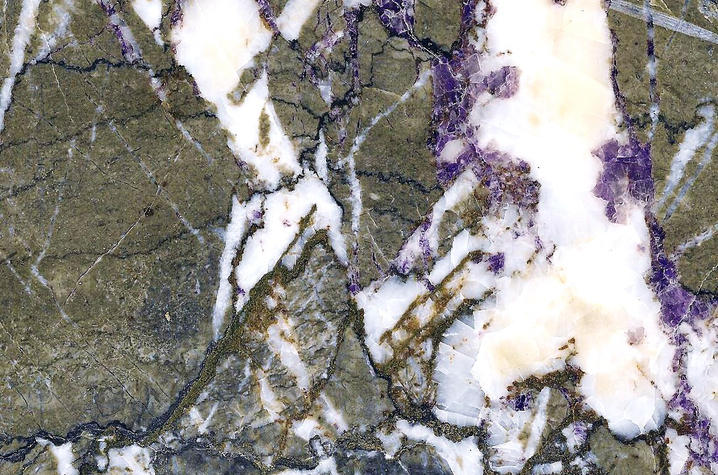 LEXINGTON, Ky. (Dec. 19, 2016) — The Kentucky Geological Survey at the University of Kentucky has received a major donation of cores drilled for a mineral exploration project in Western Kentucky, enhancing the large collection at the KGS Well Sample and Core Library.

Bill Frazer of Crittenden County has donated 55,000 feet of cores drilled at 50 locations on his properties along the Tabb Fault System in southern Crittenden and western Caldwell counties. Frazer, who is involved in the fluorite industry, has also provided KGS the exploration records of the project, including geologic descriptions, geophysical logs, interpretations and analyses, maps and cross sections, along with the cost of shipping the materials to the core facility in Lexington.

The donated cores were drilled on Frazer’s properties for a mineral exploration project in the Illinois-Kentucky Fluorspar District. An exploration company managing the project was searching for deposits of fluorite (also called fluorspar), galena (lead) and sphalerite (zinc). The current market value of the donation is estimated at $2 million. The cores, stored on Frazer’s property, were banded onto pallets by KGS staff for safe shipment to the Well Sample and Core Library, managed by Patrick Gooding. The core descriptions, maps and logs will be placed in the KGS minerals database.

This generous core donation will enhance the Well Sample and Core Library’s collection of cores from across the state and serve as an important asset for research, exploration and possible future development of the fluorite industry in Kentucky. Until the 1970s, more than three-fourths of the U.S. fluorspar production came from the Illinois-Kentucky Fluorspar District. The earliest mining in the district was for lead at a Crittenden County mine, in 1835. Production during World Wars I and II and the Korean conflict rose sharply, but since about 1970, foreign imports could be acquired more economically, and only one fluorspar mine is now operating in Kentucky. Substantial quantities of zinc and some lead and barite have also been produced in the district, usually as a byproduct of fluorspar mining.

These minerals were deposited about 270 million years ago when deep hot fluids (temperatures of 50 to 200 degrees Celsius, or 120 to 400 degrees Fahrenheit) containing fluorine and other chemicals moved upward, forming deposits in openings in the limestone rocks.