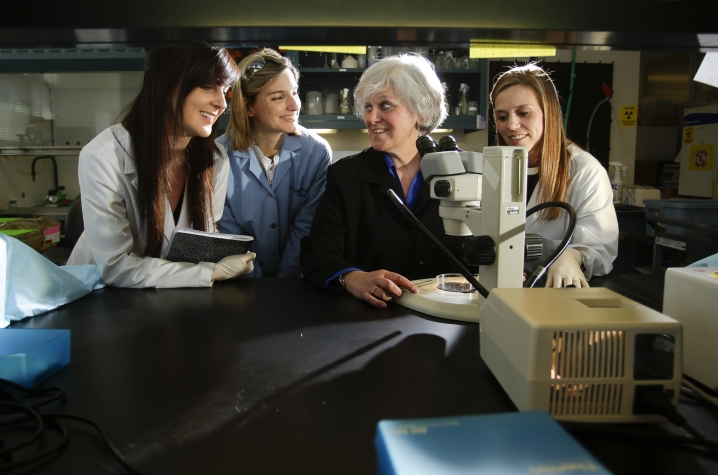 House Bill 298 provides for a state-of-the-art facility which will house world-class research across health disciplines. Research will focus on the many health challenges facing the Commonwealth, particularly those which contribute to preventable diseases and deaths.

“This project represents the potential to improve the lives of so many, both within Kentucky where our health outcomes are so poor, and beyond,” Gov. Beshear said. “I’m happy the General Assembly is supporting the university’s efforts to reduce Kentucky’s unacceptably high rates of preventable diseases and deaths. Our entrenched health problems won’t improve without major investment like this project, which will complement the lifesaving efforts at the Markey Cancer Center and its designation as a National Cancer Institute.”

Gov. Beshear supported the legislation for the research facility, which is in keeping with the kyhealthnow initiative he launched last year to significantly reduce incidence and deaths from diseases such as cancer, diabetes and heart disease and to improve the state’s collective health.

“As Kentucky’s flagship, land-grant university, we have a special mission and responsibility to serve this Commonwealth,” University of Kentucky President Eli Capilouto said. “Because of the vision and commitment of Governor Beshear and the Kentucky General Assembly, UK will take another step forward in our mission to work in partnership with communities to heal and help in every corner of our state. World-renowned researchers will have facilities that match their intellect and passion. They will work collaboratively with clinicians and communities between and among disciplines to close the stubborn gaps caused by health disparities that for too long have plagued our state.”

“Many will recall that during the first week of this session, I called on our Legislature to open the budget and fund this critical endeavor, and I am encouraged that the House, Senate, and Governor Beshear were able to get this done,” said Senate President Robert Stivers. “The project will enable the best and the brightest to research the causes of many health issues that continue to burden Kentuckians at a higher rate than most in the U.S. The hope is that through the research of the center, Kentucky will achieve a healthier population and reduce these preventable diseases and conditions.”

“I’m glad we could approve this project now rather than having to wait another year,” said House Speaker Greg Stumbo, one of the bill’s sponsors. “It will raise the University of Kentucky’s already high profile in medical research, and, more importantly, it will help pave the way in finding those cures that will hopefully make such diseases as cancer and strokes a thing of the past.”

“This is an extremely important project, because it will play a frontline role in researching treatments for those diseases that affect Kentuckians at a much greater rate than citizens in most other states,” said Rep. Rick Rand, who chairs the House Appropriations and Revenue Committee. “I was proud to be the lead sponsor on this bill and look forward to this facility’s construction and ultimate use.”