LEXINGTON, Ky. (June 23, 2017) — Next Friday (June 30) a film featuring the work of Kentucky’s own Wendell Berry will enjoy its U.S. theatrical premiere at the IFC Center in New York City. “Look and See: A Portrait of Wendell Berry” is a cinematic account of the changing landscapes and shifting values of rural America in the era of industrial agriculture, as seen through the mind’s eye of writer, farmer and activist Wendell Berry, an alumnus and former faculty member of the University of Kentucky Department of English.

“Look and See” frames a conversation that is more urgent now than ever, as we face a deeply divided nation where so many Americans are disconnected from the farmers who feed them.

A recent review by Ed Rampell for the Earth Island Journal highly recommends the documentary for those interested in the environment. “At the heart of ‘Look and See,’ and what makes it important viewing for environmentally minded moviegoers, are Berry’s trenchant, urgent arguments against the industrialization of agriculture and in favor of family farms."

Hollywood heavyweights Robert Redford, Terrence Malick and Nick Offerman served as producers on “Look and See,” in addition to Kentuckians Gill Holland, Owsley Brown III and Elaine Musselman. Following the documentary’s award-winning premiere at the SXSW Film Festival, it was retitled and updated to reflect the conversations that have emerged since the election. Local audiences may remember the film by its previous name, “The Seer,” which was screened last July at the Kentucky Theatre. The Kentucky screening benefited the Berry Center, a nonprofit organization that uses Berry’s writings to educate communities about sustainable agricultural methods that preserve the land and encourage healthy regional economies.

In addition to the New York City premiere, “Look and See” will also be shown in Austin, Texas, this summer and is now available to screen in communities around the country. This fall, the film return to Lexington for a UK screening 6:30 p.m. Wednesday, Sept. 13, in the Kincaid Auditorium of Gatton College of Business and Economics. The university screening will be presented by the Graduate School and SSTOP Hunger: Sustainable Solutions to Overcome Poverty, a student-led organization that develops and implements an action agenda on-campus to fulfill the missions of the Universities Fighting World Hunger and Presidents United to Solve Hunger initiatives at UK. SSTOP Hunger is advised by Amanda Hege, director of community outreach in the Department of Dietetics and Human Nutrition at the UK College of Agriculture, Food and Environment.

In 1965, Wendell Berry walked away from the foreordained path for American writers. After living in California, Europe and New York, he decided to return home to Port Royal, Kentucky. He and his wife bought a small farmhouse and began a life of farming, writing and teaching, which included two stints at UK from 1964–1977 and 1987–1993. The writer’s lifelong relationship with both the land and community would come to form the core of his prolific writings.

A half century later, Henry County, like many rural communities across America, has become a place of quiet ideological struggle. In the span of a generation, the agrarian virtues of simplicity, land stewardship, sustainable farming, local economies and rootedness to place have been replaced by a capital-intensive model of industrial agriculture characterized by machine labor, chemical fertilizers, soil erosion and debt — all of which have frayed the fabric of rural communities.

Writing from a long wooden desk beneath a 40-paned window, Berry has watched this struggle unfold, becoming one the most passionate and eloquent voices in defense of agrarian life.

As a creative writer, Berry is one of the most decorated and recognized authors of our time, having won countless awards, including the National Humanities Medal, the Richard C. Holbrooke Distinguished Achievement Award, the Roosevelt Institute's Freedom Medal and the Cleanth Brooks Medal for Lifetime Achievement. He is also a Fellow of the American Academy of Arts and Sciences and in 2015 became the first living writer named to the Kentucky Writers Hall of Fame. Berry earned both his bachelor’s and master’s degrees from UK.

Several books related to Berry’s work are available through University Press of Kentucky, including two of the writer’s own: “Harlan Hubbard: Life and Work” and “Tobacco Harvest: An Elegy,” which features photos by James Baker Hall. UPK has published several other books devoted to Berry’s work, including: “Wendell Berry: Life and Work,” edited by Jason Peters; “The Achievement of Wendell Berry: The Hard History of Love,” by Fritz Oehlschlaeger; “Wendell Berry and Religion: Heaven's Earthly Life,” edited by Joel James Shuman and L. Roger Owens; and “Wendell Berry and Higher Education: Cultivating Virtues of Place,” by Jack R. Baker and Jeffrey Bilbro.

UK's own Morris Grubbs, assistant dean of the UK Graduate School, has also edited a book on Berry. His book, "Conversations with Wendell Berry," was published in 2007.

Dunn was awarded the IFC “Truer than Fiction” Independent Spirit Award for her previous film, “The Unforseen,” which was also executive produced by Redford and Malick. It premiered at the Sundance Film Festival, and was broadcast on the Sundance Channel. 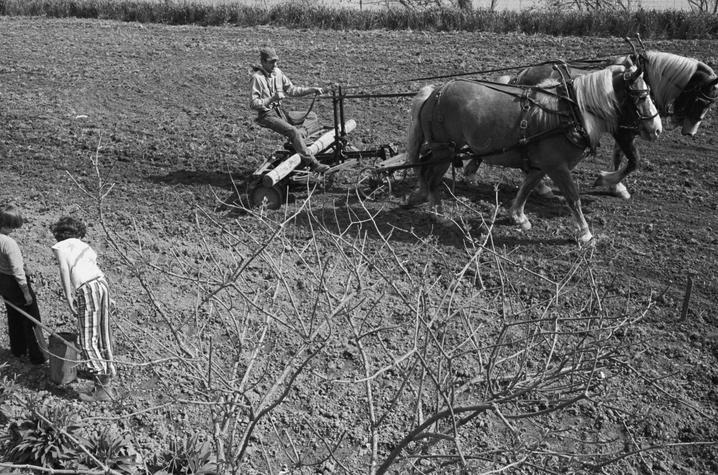 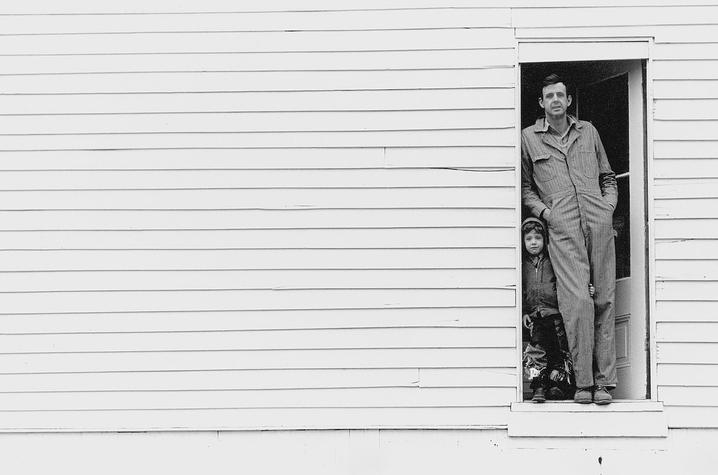 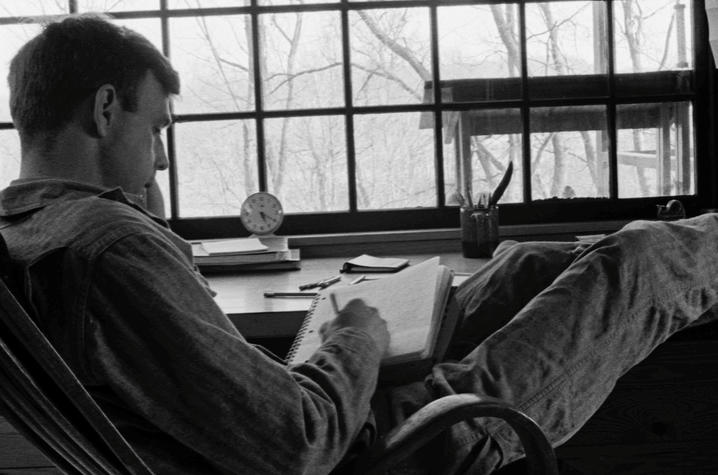 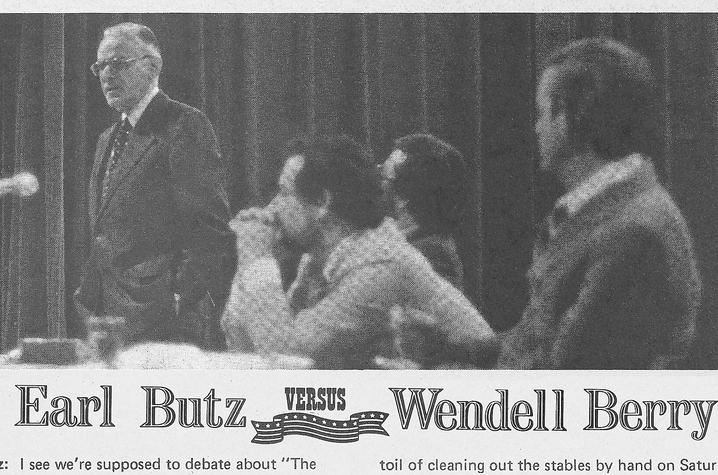 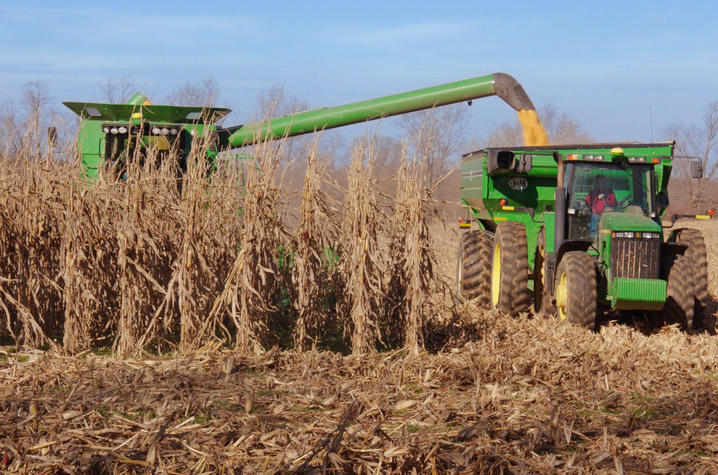 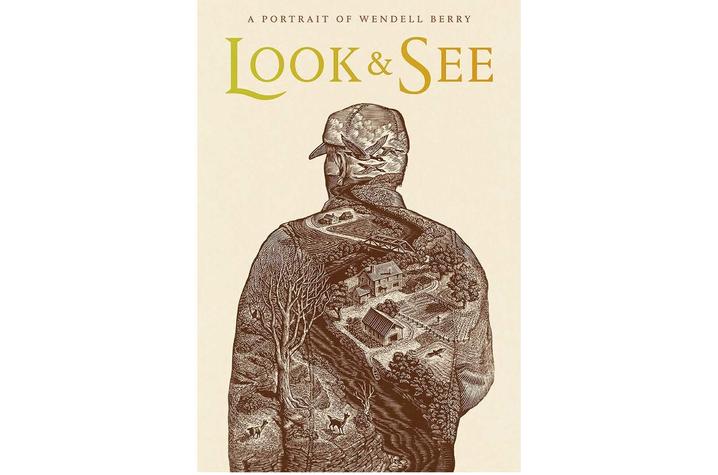