LEXINGTON, Ky. (Aug. 16, 2013) — A new era begins today at the University of Kentucky – an era in which an unprecedented public-private partnership is resulting in hundreds of millions of dollars of investment in high-tech living and learning spaces that will bolster student success throughout the institution.

Before scores of students, faculty, staff and visitors, Kentucky’s governor, Lexington’s mayor and UK’s president, among other dignitaries, today cut the ribbon to the doors of the $25.8 million, 172,064 square-foot Central Hall I and II, UK’s newest residence halls.  On Aug. 21, 601 students, faculty and staff associated with the UK Honors Program will take up residence in one of the most modern university living communities in America.

While replete with modern living spaces, academic planning was a primary focus in the new facilities and those being constructed in the future.

Highlights of the new residence halls include:

"These new residence halls speak to the dedication this university has shown and will continue to show towards fulfilling the Kentucky promise,” said Roshan Palli, UK Student Government president. “The students, staff, faculty, and administration of UK have all bought into the idea of see blue ― that it is more than image or rhetoric, but a culture of change and progress for the betterment of our Commonwealth."

Central Hall I and II, and future residence halls, are targeted to meet stringent Silver LEED standards with geothermal heating and cooling technology and featuring an overabundance of bike racks to encourage sustainable living.

Rejoicing in this new era of housing at UK is not limited to students.  Local and state economies have been strengthened due to the unprecedented frenzy on several construction sites on campus.

“This is one of the best times of the year to be in our growing university city, with UK students coming back and fall activities kicking into gear,” Mayor Jim Gray said. “There’s some extra excitement this year for students who will be moving into these new dorms in a few days. We’re ready for the city’s pulse to get quite a bit quicker … welcome students. We’re glad you’re here.”

Central Hall I and II alone employed 430 direct employees and 292 indirect workers, 75 percent of whom are Kentucky residents, with 12 percent representing ethnic or minority groups.

The twin residence halls represent $15.5 million (74 percent) in Kentucky expenditures and $5.3 million in out of state expenditures. Kentucky sales tax revenue is projected to total $399,943.

“UK’s new housing is an innovative testament to the strong vision of President Capilouto and his team, the power of public-private partnerships, and an unflagging desire to elevate the learning and living experience for students during a critical time in their lives,” said Gov. Steve Beshear. “I want to congratulate the entire UK community.”

While the total project’s goal was to include 10 percent of its contracts awarded to subcontractors/suppliers from women-owned and minority-owned businesses, currently 15.46 percent of awarded contracts are already committed to businesses owned by minorities or women. 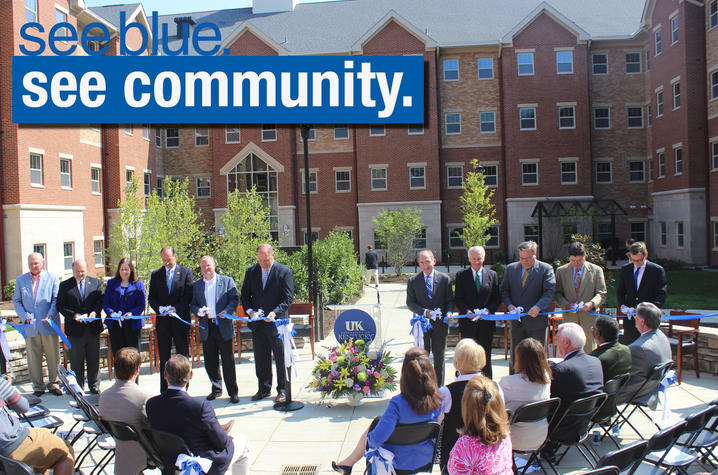 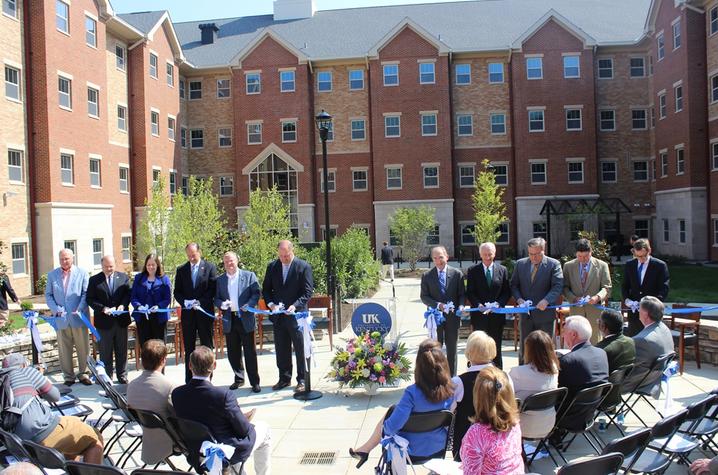 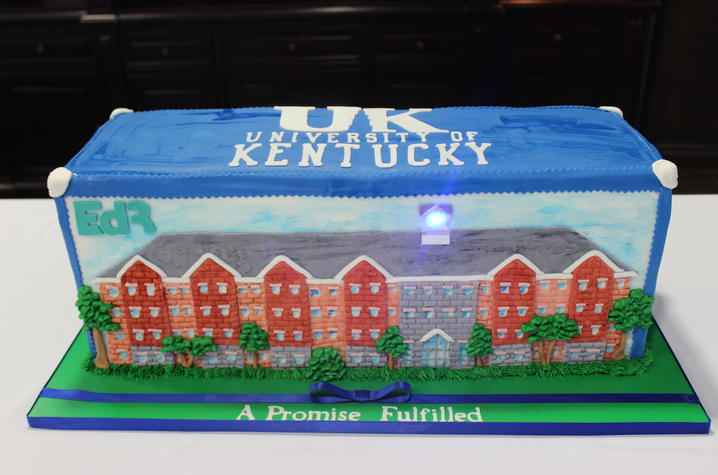 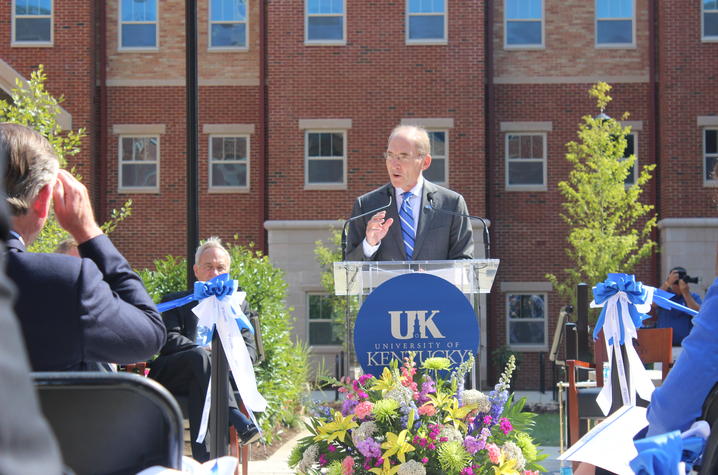 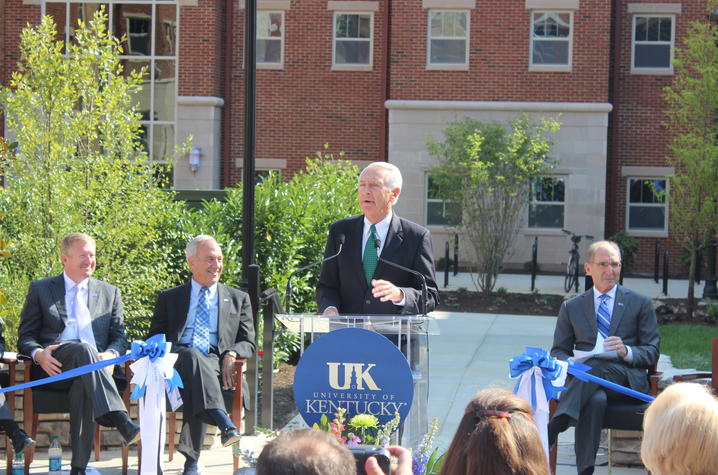 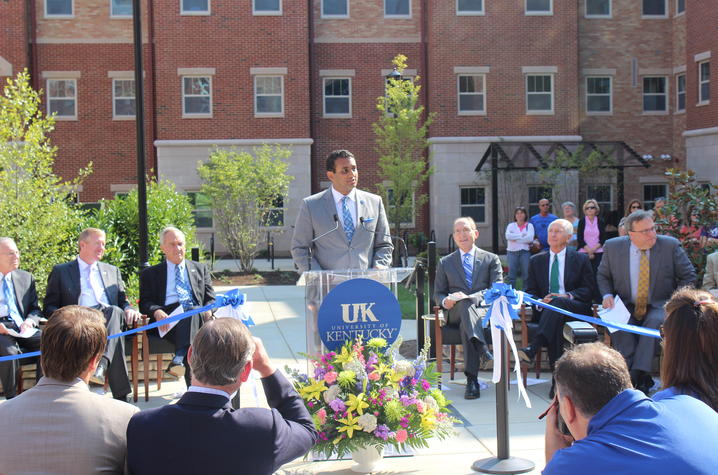 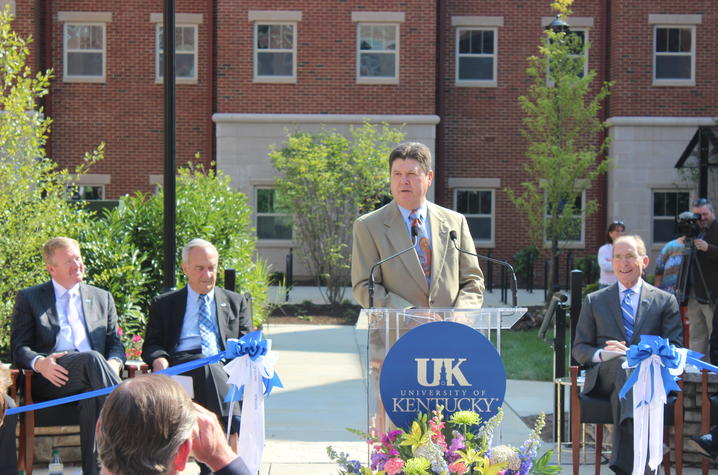 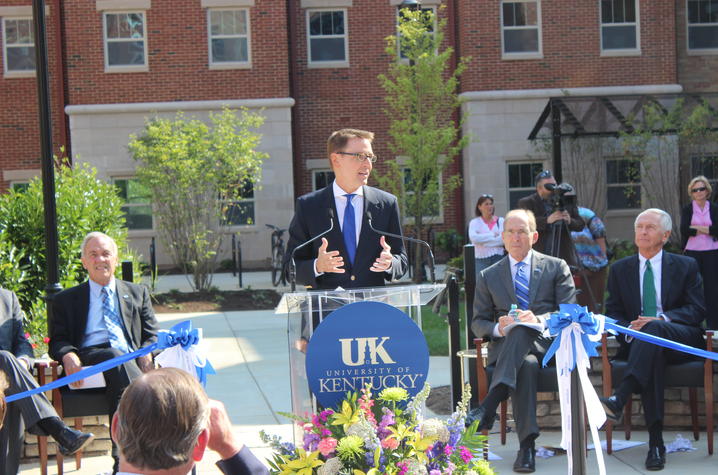 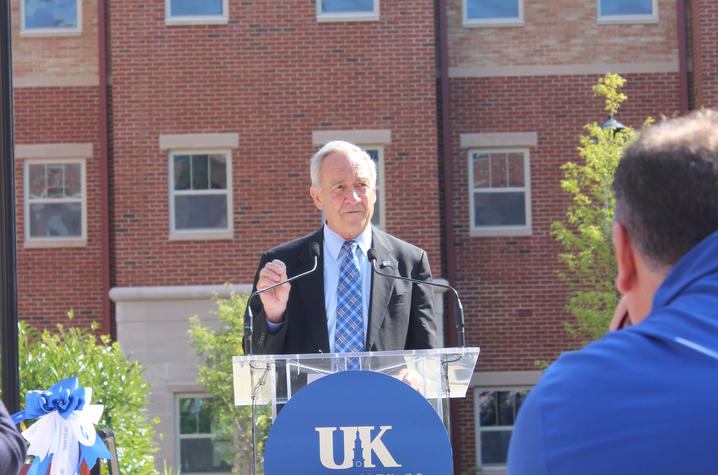