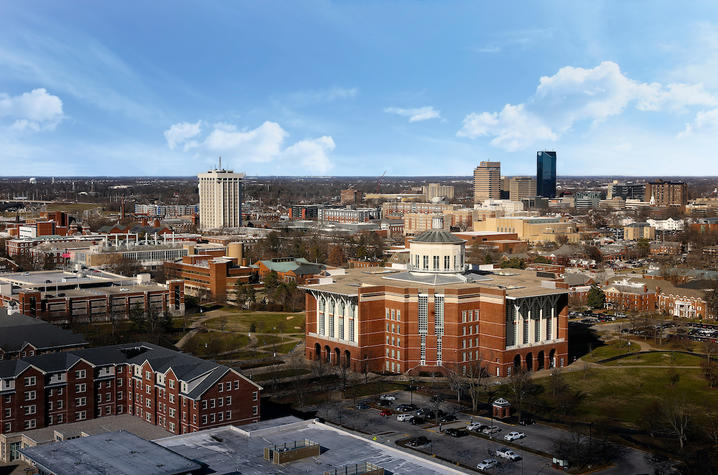 LEXINGTON, Ky. (Oct. 26, 2020) — The University of Kentucky Scripps Howard First Amendment Center is looking for a Kentuckian who is a champion of the First Amendment. The center, in the College of Communication and Information’s School of Journalism and Media, is accepting nominations to recognize those outside the journalism profession for their contributions to protect or expand First Amendment freedoms.

The nominator must submit a letter identifying the nominee, listing the nominee’s address, phone number and position and explain why the nominee would be a worthy recipient. The letter should detail the specific efforts taken on behalf of First Amendment rights and should discuss obstacles and difficulties as well as the impact of the nominee’s efforts.

The Madison Award recognizes someone who has worked in one or more of these areas: open government and open records; promotion of the watchdog role of the press; defense against government or private censorship, or robust debate in the marketplace of ideas.

Nominees must have significant ties to Kentucky and their efforts must have resulted in the preservation or expansion of freedom of the press and/or freedom of speech. Dedication to the First Amendment principle of free expression is not accomplished in a day’s work but rather a lifetime. Thus, the award recognizes a long-term commitment to such ideals.

Honorees do not have to be journalists. Nominees may include, for example, educators, lawyers, judges, scholars, librarians, students or ordinary citizens. The most deserving recipient will be someone who has made a significant contribution regardless of how much public attention it has received.

Send nomination letters via email to John Cruz, School of Journalism and Media projects manager, at john.cruz@uky.edu by Monday, Nov. 2.

This year’s First Amendment Address and James Madison Award will be presented via Zoom Thursday, Nov. 12. Event details will follow.

For more information about the award and past winners, go to https://ci.uky.edu/jam/james-madison-award.