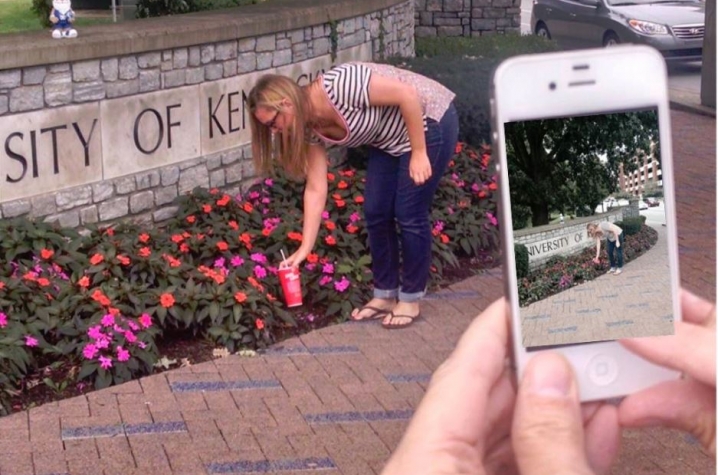 LEXINGTON, Ky. (Feb. 5, 2015) — In efforts to promote the goal of eliminating litter on the University of Kentucky campus, a new contest is encouraging UK students, faculty and staff to not only "Pick It Up," but to picture it — picture a litter-free campus. The Picture a Litter-Free Campus Photo Contest is seeking creative, original images related to litter, a litter-free campus and the acts that lead to both. Winners of the contest, which runs until March 11, will receive iPad Minis.

One student and one employee will be awarded "People's Choice" prizes based on the total likes and shares the photos receive on the UK Office of Sustainability's Facebook page. A third winner will be awarded "Best in Show," selected by a panel of judges. Participants must email photos to pickitup@uky.edu between Feb.1 and March 11.

The contest is part of the Pick It Up campaign, developed by a group of campus partners and funded by the Office of the Executive Vice President for Finance and Administration. The campaign was launched in September and urges participation from the entire UK community to make a difference on campus by picking up litter, and recycling it when appropriate.

UK faculty, staff and students also have the opportunity to participate in the Pick It Up campaign and win prizes by spotting Gnarly, the Pick It Up mascot, on campus. And if you catch a Wildcat "blue handed," or picking up litter, send in a photo or note with their name, time and location on campus to pickitup@uky.edu, and the individual will receive a "Get Gnarly" T-shirt.