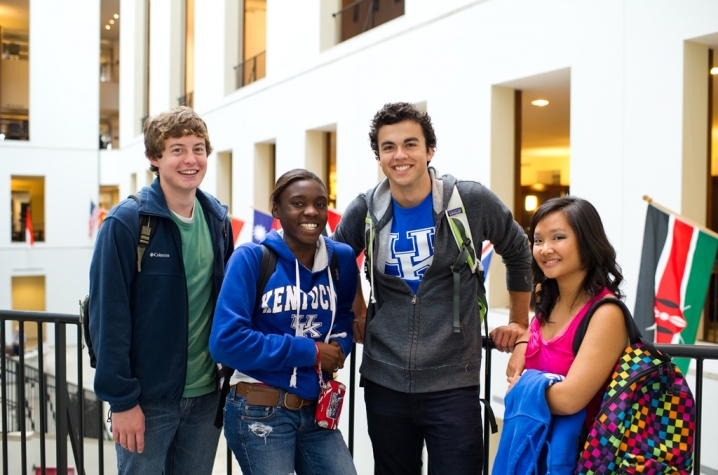 LEXINGTON, Ky. (Sept. 12, 2012) ― The University of Kentucky's largest-ever first-year class is also its most academically talented in history with the highest number in memory of National Merit Finalists and record numbers of Singletary Scholars and Governor's Scholars.

As such, this first-year class represents a key investment, President Eli Capilouto told members of the Board of Trustees Tuesday, in fulfilling the Kentucky Promise.

"This board, nearly a year ago, provided a clear direction for our future ― to ensure that the best possible undergraduate experience awaits Kentucky's sons and daughters," Capilouto said. "An important part of that is growing our student population, increasing our commitment to diversity and recruiting talented students from Kentucky and the region who will grow together ― with the help of an exemplary faculty and staff ― to be our state's best and brightest.

"This first-year class provides resounding proof that we are moving in the right direction on all those markers ― opening doors of potential and possibility for these students and for our Commonwealth's future."

Details of the first-year class include:

Capilouto said there is an increasing recognition among families and students in the region that UK is deeply committed to undergraduate education ― in terms of the quality of its curriculum and building living, learning and research facilities that will help students maximize their potential.

"This class is a testament to the work of our faculty and staff ― particularly our enrollment management team, whose tireless efforts are critical to student recruitment efforts ― and to the commitment to excellence of our Board of Trustees," Capilouto said. "To fulfill the Kentucky Promise, to be a beacon that lights the way for our state's future, we must be the school of choice for students and families in this state and in this region.

"One of the clear stories behind today's numbers is that increasingly we are that school of choice."

To view a PowerPoint presentation on enrollment, click here.