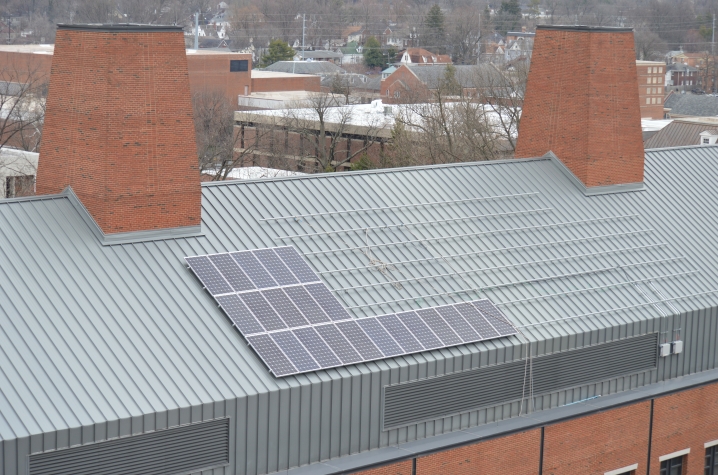 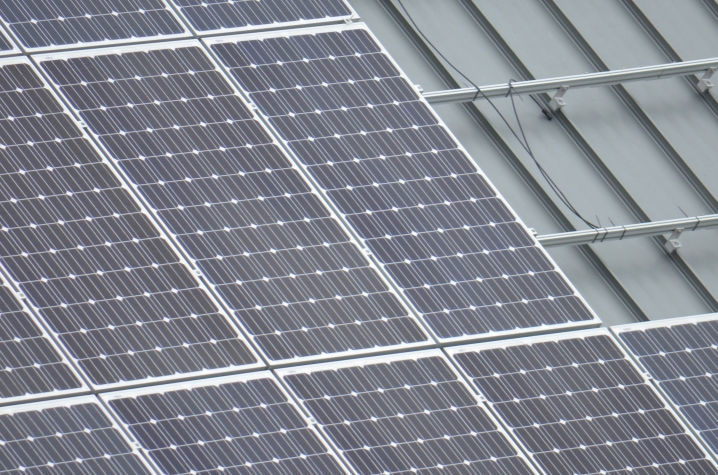 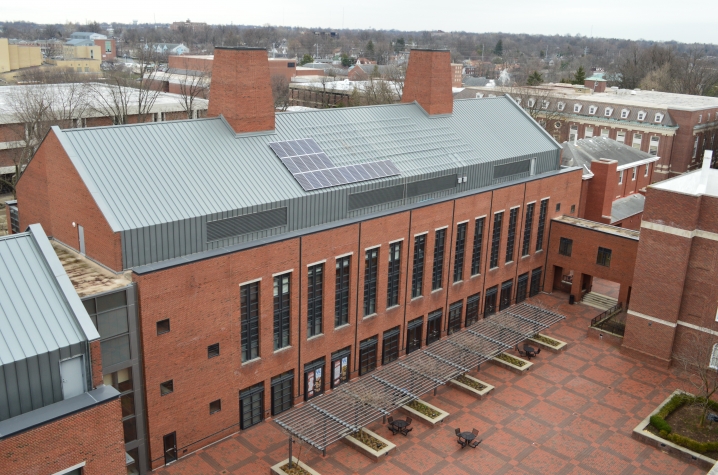 The installation is located on the southwest-facing roof of the building and is visible from the engineering courtyard, F. Paul Anderson Tower, Oliver H. Raymond Civil Engineering Building, and the Advanced Science & Technology Commercialization Center (ASTeCC). The $91,000 installation was jointly funded through a partnership between the UK Student Sustainability Council (SSC) and Campus Physical Plant Division (PPD).

The newly installed array also has the capability to expand into a 60-kW array by adding two additional 15-kW arrays to remaining space on the Anderson roof. Not only does the installation allow for cleaner, more renewable energy use, but it also provides a learning opportunity. An online solar production tracking system will be available to the public or for use in the classroom, such as courses in the College of Engineering Power and Energy Institute of Kentucky (PEIK). PPD and the SSC are exploring a future partnership to fund this expansion.

The new solar array is expected to produce 36,700 kilowatt-hours (kWh) of energy in its first year and has an expected payback of 23 years. The solar energy will be fed directly into Anderson Hall for consumption, and will produce 1.5 percent of the annual energy needs for the facility.

"A commonly used statistic in the solar industry is the cost per installed watt of a solar array, which came in at $2.77/watt installed for this project, well below the 2013 national average of $4.30/watt," said campus energy engineer Britney Thompson. "According to the National Renewable Energy Laboratory (NREL), an installation of this size just 10 years ago would have cost more than $8/watt installed."

While this installation will be the university’s largest and most visible to-date, two other solar PV installations are already generating power for the campus.

The Davis Marksbury Building is supported by a 26-kW solar PV array, made up of both fixed panels and two dual-axis solar tracker panels that follow the orientation of the sun. The S.KY BLUE Solar Decathlon House, designed and constructed by UK students, has a 13 kilowatt array made up of both fixed and single axis tracking panels. The solar house placed 9th in the 2009 Solar Decathlon and is currently located near Farm Road on south campus.

One student member of the 2009 Solar Decathlon team, Johnathan Stewart, is now employed at CMTA Consulting Engineers in Lexington, Kentucky, and was the designer for the current project on the RGAN Building. Third Sun Solar of Athens, Ohio was the installer.

"The Student Sustainability Council provided support for the RGAN project as a public demonstration of renewable energy at UK that will help educate students and visitors alike," said Tammy Clemons, director of development for the SSC and doctoral student in anthropology. "The SSC has provided funding for both large-scale campus projects like this as well as smaller student-led projects addressing a variety of sustainability issues. It's exciting to see this important project underway and to know that every student at UK helped make it possible through the Environmental Stewardship Fee."