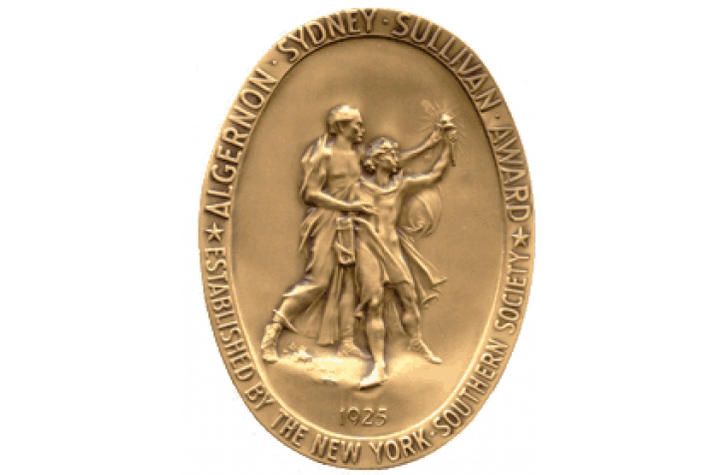 LEXINGTON, Ky. (Jan. 26, 2022) — Nominations for the 2022 Sullivan Awards, the University of Kentucky’s prestigious honor for inspirational humanitarian achievements by students and community members, will be accepted until Friday, Feb. 25.

Three winners — two outstanding students from this year’s graduating class, and a distinguished community member — will be formally recognized in a ceremony in April and receive a Sullivan Medallion.

Students who are eligible to receive the 2022 award must have graduated no earlier than August 2021 or will graduate in May 2022. The citizen must have a University of Kentucky connection as an employee, alumnus/alumna or friend.

The criteria for selection, which puts a premium on character, integrity and humanitarian service, are written in the spirit of Algernon Sydney Sullivan, a Southerner, who became a prominent lawyer, businessman and philanthropist in New York in the late 19th century. The guidelines state that “in the selection of the recipients, nothing shall be considered except the possession of such characteristics of heart, mind, and conduct as evince a spirit of love for and helpfulness to other men and women.”

Begin the nomination process by sending a single letter of nomination via email to Gail Hoyt, Ph.D., chair of the Sullivan Committee, at ghoyt@email.uky.edu.  Letters should be one to two pages in length, explaining how the nominee meets the criteria set forth for the award.

For more information about the award, visit the UK Sullivan Award website at www.uky.edu/sullivanaward/.