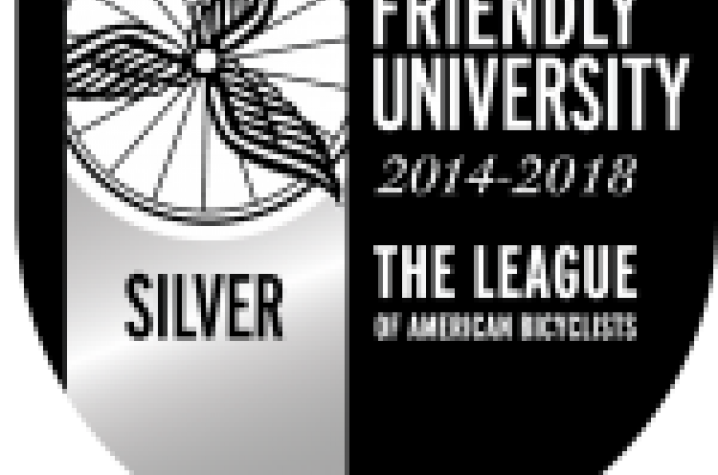 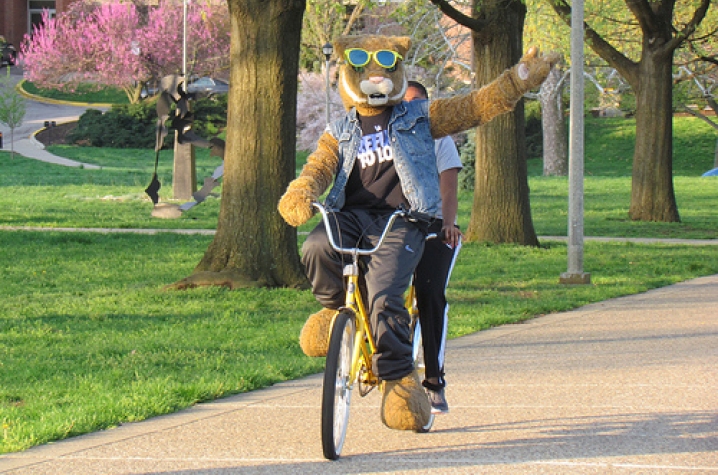 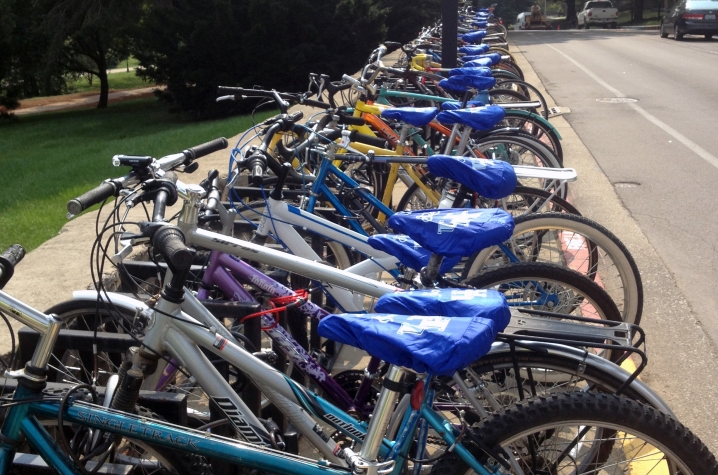 LEXINGTON, Ky. (Jan. 28, 2015) — The University of Kentucky has improved its standing with the League of American Bicyclists as a Bicycle Friendly University. UK, which had previously been awarded the Bronze level designation, increased its standing to Silver as part of the fall 2014 award class. UK was one of only seven universities in this recent round of awards to improve their standing.

The Bicycle Friendly University program recognizes institutions of higher education for promoting and providing a more bicycle-friendly campus for students, employees and visitors. Applicants are judged on their initiatives in five categories: engineering, education, encouragement, enforcement and evaluation and planning.

Since the inception of the League of American Bicyclists’ Bicycle Friendly University recognition program in spring 2011, UK has steadily increased its standing. In the first award class in March 2011, UK earned honorable mention status. In the fall of 2012, the University moved up to the Bronze level designation, before ascending once again in 2014. There are now a total of 100 BFUs in 37 states and Washington, D.C.

The University’s Bicycle Advisory Committee (BAC), a group headed by Parking and Transportation Services and composed of faculty, staff and students, was formed in 2011. This committee is responsible for steering many of the accomplishments that helped propel the University to Silver bicycle friendly status.

The Wildcat Wheels Bicycle Library (WWBL), a campus fixture since 2004, has continued to grow its fleet and services, which include a regular schedule of bike safety and maintenance classes. In the 2014 fall semester, a fleet of 160 new WWBL bikes, dubbed Big Blue Cycles, hit the road. The Big Blue Cycles program is a collaboration between the Office of the Executive Vice President for Finance and Administration, Parking and Transportation Services and the Student Sustainability Council, resulting in residential students who signed a one-year car-free commitment being granted the use of an 8-speed commuter bicycle for the 2014-2015 academic year. Participants were also required to go through a hands-on orientation and safety training. Student Government provided locks for all bikes in the program, and the UK HealthCare Level I Trauma Program provided helmets.

The campus bicycle infrastructure dramatically improved in the past two years, including a 76 percent increase in paved shared use campus paths and a 30 percent increase in on-street bike lanes. Major roadway initiatives in the past two years include the addition of bike lanes to the final section connecting University Drive to Alumni Drive, bicycle lanes on Cooper Drive from Nicholasville Road to Sports Center Drive, and 75 sharrows – shared lane arrows – on two miles of streets near campus, which was done in collaboration with the city.

Additionally, UK began actively replacing, expanding and enhancing its bike parking infrastructure in 2012. Since that time, more than 750 bicycle parking spaces — representing 20 percent of the existing campus bicycle parking — have been upgraded.

The BAC is also actively working to strategically expand the campus bicycle parking capacity in key academic areas. Approximately 200 new spaces have been added, including near the Thomas Hunt Morgan Biological Sciences Building, W.T. Young Library and the Student Center. Parking and Transportation Services funded more than 700 new bicycle parking spaces at the various new residential developments across campus, 188 of which are covered.

The BAC also holds bicycle education events throughout the year. Pedalpalooza, a bicycle education outreach event geared toward incoming students, has been held annually since 2012 as part of K Week. The event is designed to encourage students to use a bicycle as their primary mode of transportation and to equip them with the skills necessary to do so, and reaches approximately 1,000 students with bicycle skills challenges, stunt performers and giveaways. Bike Week has been held annually since 2013 as part of Earth Days in the Bluegrass, and includes 7-10 events aimed at educating and encouraging bicycle commuters and potential bike commuters.