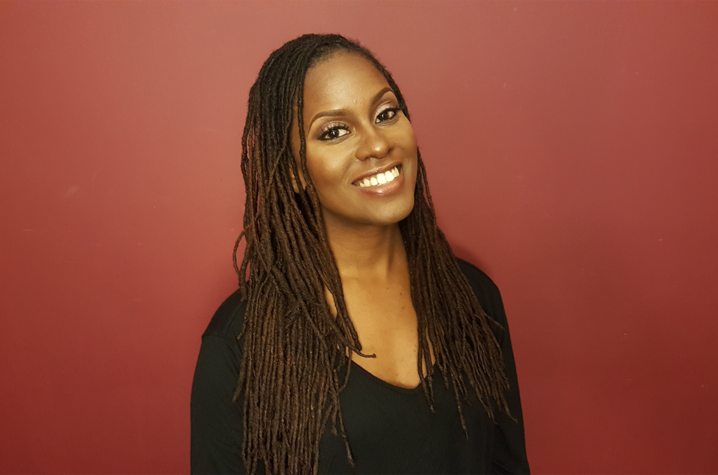 Candice Hargons, a professor in UK’s College of Education, will provide anti-racist training for senior administrators at UK.

LEXINGTON, Ky. (Aug. 6, 2020) — University of Kentucky President Eli Capilouto on Thursday announced that approximately 50 senior administrators will undergo anti-racist training as a first step in UK’s campus-wide initiative to “change the culture” as a community united against systemic racism.

“Hundreds of members of our campus community are poised to begin the essential work of changing our campus and changing our culture,” Capilouto said. “But those efforts must start with a foundation of knowledge, awareness, education and training that position us for long-term success.”

The training program will be led by Candice Hargons, a professor in UK’s College of Education. She is a counseling psychologist with a national reputation in facilitating trainings and workshops in anti-racist work. Among others, she has led sessions with TimeWarner, Penguin/Random House, the University of Georgia College of Education and the University of Tennessee’s Counseling Center.

“The core is to move away from discussing racism as if it is a philosophical debate or a compliance exercise and move into practical, critical, anti-racist action,” Hargons said. “We want to provide senior leaders in the university with the self-awareness and skills to lead by example when it comes to anti-racism, so that when we ask the rest of the staff, faculty and students to shift the culture of the university, they know it is supporting the vision the people with the most systemic power have adopted.”

The program consists of a two-day training session with administrators over the course of six hours, Hargons said. Sessions include discussions around defining racism and how it can impact organizations and then strategies and tactics for confronting it.

After the intensive training is completed, university leaders and members of the institution’s Diversity, Equity and Inclusion leadership team will work with Hargons to discuss next steps in terms of additional training on campus.

“We know that buy-in is created when there is sustained commitment and true investment from our leaders,” Hargons said. “We want intentional anti-racist policy making, leadership approaches, curricula, and community building , rather than reactive approaches,” Hargons said. “Dismantling systemic racism is not overnight work, so we are preparing leaders for the long game. We’re showing them how to develop grit.”

The University of Kentucky in June announced a campus-wide initiative around Diversity, Equity and Inclusion. UK community members are involved in several projects and initiatives — from increasing diverse faculty, student and staff pipelines to a more intentional diversity master plan around the physical campus.

Earlier this week, UK announced a $10 million research initiative around racial equity and disparity issues as well as the establishment of the Commonwealth Institute for Black Studies, an initiative that will examine historical and social issues around race and racism.