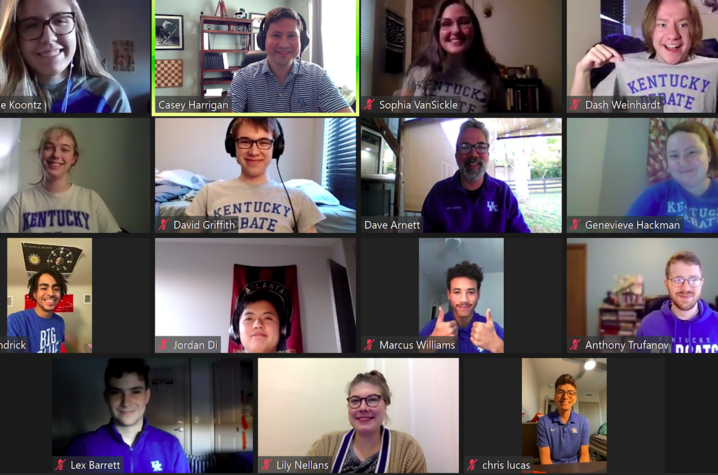 2021 marks the seventh consecutive year that UK Debate has received at least one first round bid. Since the first-round bid process began in 1973, only seven all freshman teams have earned automatic bid honors. It is not, however, the first time UK has accomplished the feat, as the team of Dan Bannister and Anthony Trufanov earned this honor in 2016 and finished the season as the 13th ranked team in the country.

The team, led by Director of Debate Dave Arnett, now turns its focus to the postseason, starting with the American Debate Association Championship in early March.

“We have a very young squad and are facing many of the same challenges as everyone else this year. Our primary goals were sticking together, growing as a team and focusing on the fundamentals, and I feel really good about what we achieved in those areas. That we also have some impressive competitive accomplishments to show for it really speaks to the resilience of these students and the rest of the coaching staff,” Arnett said.