LEXINGTON, Ky. (June 8, 2022) — Researchers at the University of Kentucky have released a 10-minute film, “Becoming Myself: Positive Trans & Nonbinary Identities.” It features narratives from the lives of seven transgender and nonbinary identified young adults, reflecting on their experiences navigating gender identity.

Clements says he hopes the film provides a broader view and understanding of the experiences of trans and nonbinary individuals in Kentucky and across the country.

“We created this film for trans and nonbinary people and the people who love and care about them,” Clements said.

Individuals in the film offer support for other transgender and nonbinary individuals, with a focus on the positive aspects of their identities.

Riggle and Rostosky have collaborated on several research-based projects focused on positive, strength-based approaches to LGBTQ identity, drawing international attention. They are authors of the award-winning 2012 book, “A Positive View of LGBTQ: Embracing Identity and Cultivating Well-Being.”

Riggle's scales to measure positive LGB and Transgender identities (LGB-PIM and T-PIM) have been translated into several languages for use in research in other countries.

Rostosky is a licensed psychologist whose 2015 book, coauthored by Riggle, “Happy Together: Thriving as a Same-sex Couple in Your Family, Workplace and Community,” brought a positive, strengths-based focus to helping LGBTQ-identified couples and families cope with minority stress and flourish.

Riggle and Rostosky have presented numerous workshops on positive identity for LGBTQ individuals and, in collaboration with graduate students, have researched the positive aspects of being a parent of an LGBTQ child or developing ally behaviors.

The film with Clements is the professors’ latest collaboration, which is part of a larger participatory community action project focused on interventions to help transgender and nonbinary individuals express the positive aspects of their identities.

“One hundred and fifty bills to restrict the rights of transgender people were introduced in legislatures in 2021 and in the first five months of 2022 there have already been over 150 bills introduced,” explained Riggle.

Riggle sees the film as “one way to counteract the harm done by the current negative political discourse and focus instead on supporting trans and nonbinary people.”

Rostosky sees the film as “uplifting, bringing to life and making accessible important information about many of the positive aspects of trans and nonbinary identities that we find in our research and are important to well-being.”

The film is directed and produced by Michael Breeding (Michael Breeding MEDIA) with funding support from JustFundKY.  For more information, visit Prism Research or contact zakary.alexander@uky.edu, e.riggle@uky.edu or s.rostosky@uky.edu. For information on resources at UK, visit the Office of LGBTQ* Resources. 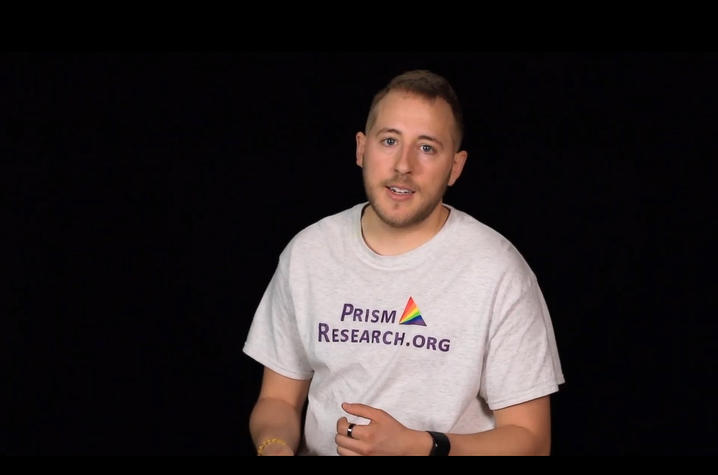 Zak Clements, one of the film's executive producers.