Video produced by the UK Marketing and Brand Strategy team. To view captions for this video, push play and click on the CC icon in the bottom right hand corner of the screen. If using a mobile device, click on the "thought bubble" in the same area.

LEXINGTON, Ky. (May 2, 2019) — You might know "Gravity Defier" Josh Marsh from viral videos with his brother tumbling in tandem across the basketball court at a University of Kentucky game. Or you might recognize him from the clip tweeted by Shonda Rhimes of him flipping across the field last football season.

Josh Marsh came to UK his freshman year as an animal science major, having had a passion for animals since he was a young kid.

“When I was younger, I had the dream of being a marine biologist … I ended up changing direction a little bit. Not so much marine, but more of livestock,” Marsh said. “I came here to the University of Kentucky. They have one of the best animal science programs in the nation, in my opinion.”

In addition to his passion for animals, Marsh also had a love for cheerleading. Following in his older brother John’s footsteps, Josh Marsh joined the cheer team at UK and helped them win four national cheerleading championships. But he said for him, it’s more about his experience than the wins and awards.

He enjoyed experiencing the team aspect. “Being able to trust in someone that they’re going to be able to do their job, while you do your job. And if someone else needs that extra hand, you’re there to help and vise versa.”

With graduation approaching, Marsh has found a way to use his passion and still be part of the sport that has meant so much to him. He is planning to move back to his home of Atlanta, Georgia, to help his mother and brother open a second location of the gym that she opened when he was younger.

Marsh gives credit to his family for helping him achieve his goals. He praises his mom and dad for encouraging him to keep training while always keeping school as a top priority. As for his brother, Marsh doesn’t think he would be at UK today without him.

“Cheerleading is something that I’ve always loved,” Marsh said. “It’s cool in college. But outside of this, my cheerleading career would be over. So, I need to set myself up. Everything that I do, I need to learn how to be able to teach it to someone else.”

He has a desire to change the world of cheerleading, and would like to see more recruiting and more scholarships available for cheerleaders.

“I want to make sure that there’s enough money and funding in these universities to where they can get through college without having to worry about expenses, just like any other athlete,” Marsh said.

As for his time at UK, Marsh is extremely grateful for all of the coaches, team members, classmates and fans that he has interacted with over his four years. He loves the university and is proud to call himself a UK graduate.

“I will always rave about this university,” Marsh says. “The Big Blue Nation is huge and there is no end to it.” 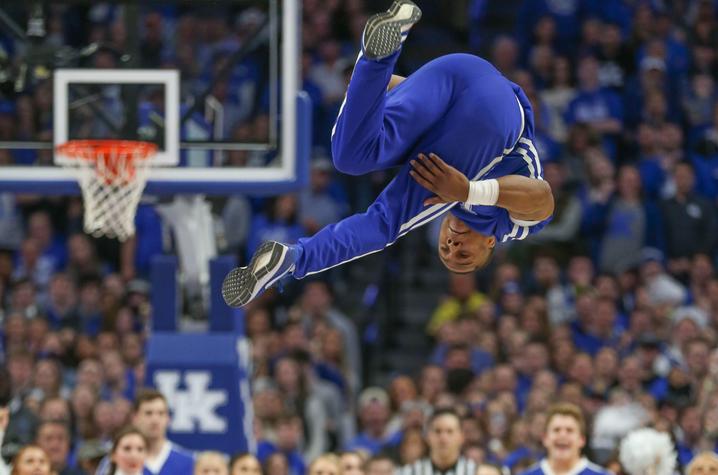 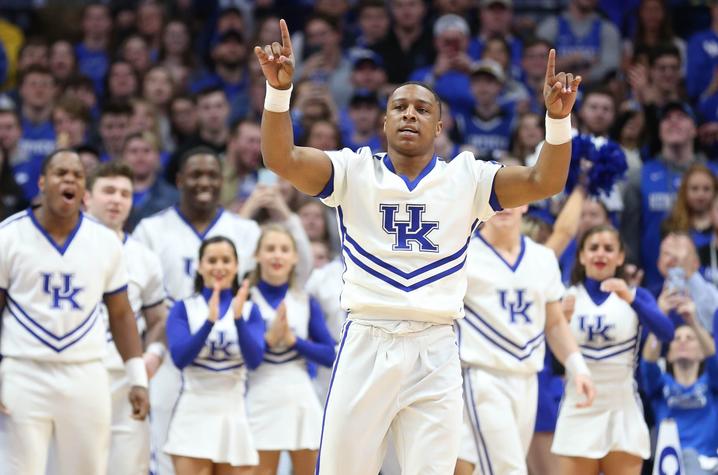 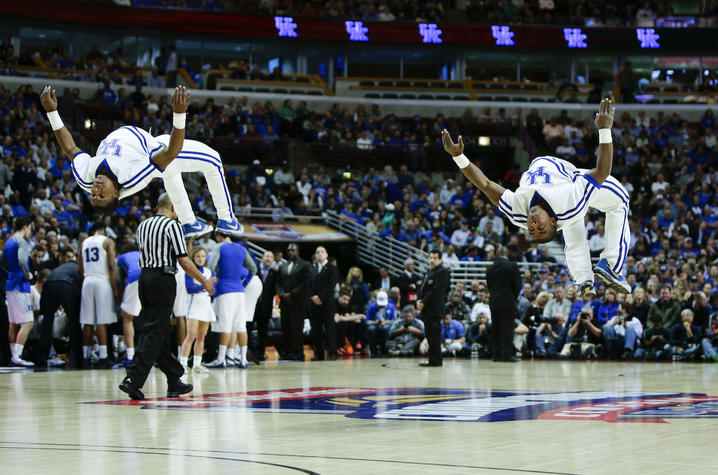