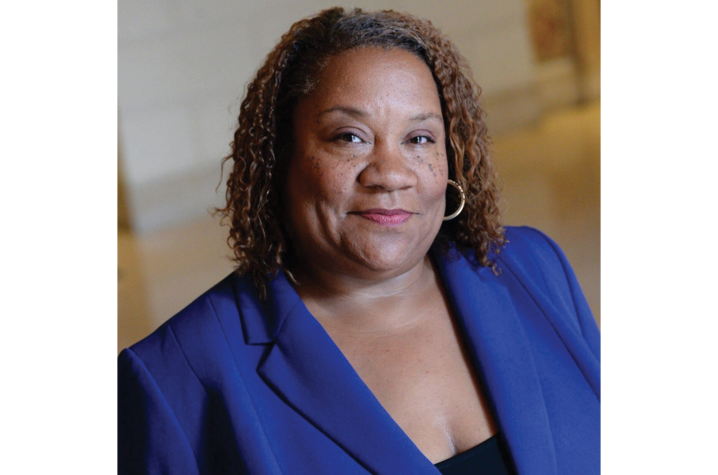 LEXINGTON, Ky. (Jan. 29, 2021) — The University of Kentucky and the Republic Bank Foundation are presenting sponsors of Kentucky to the World’s Digital Speaker Series program “The War on Terror to the War on Truth: Pulitzer-Winning Journalist Dana Canedy.” To kick off Black History Month, Kentucky to the World has launched its first digital-exclusive program featuring former Courier-Journal Editor-in-Chief Rick Green in a conversation with Canedy to discover her thoughts on the nation and the world as it pertains to the uncertain times we live in.

Canedy, a UK alumna, was the first African American woman senior vice president and publisher of Simon & Schuster, one of the largest publishing houses in the world. A former New York Times Pulitzer-winning journalist, she has written extensively on a broad range of topics, including The Times' series “How Race Is Lived in America,” about race relations in the United States, which won the 2001 Pulitzer Prize for national reporting.

She is the author of “A Journal for Jordan,” which is currently being adapted into a feature film directed by Denzel Washington and starring Michael B. Jordan. “A Journal for Jordan” focuses on life with her war-hero partner and the journal he left for their infant son before being killed in combat in Iraq. Before being slated for a feature film, the New York Times bestselling book was published in 10 countries and eight languages.

Raised in Radcliff, Kentucky, Canedy graduated from UK with a bachelor’s degree in journalism, was named a Distinguished Alumna in the School of Journalism and Media in 2017, and was inducted into the UK Alumni Association's Hall of Distinguished Alumni in 2020.

Greer was invited to record the introduction of Canedy for the event.

The speaker series is pre-recorded and will be released to the general public at 6 p.m. Monday, Feb. 1, 2021. A digital student program, which is also being recorded and will offer local high school students an opportunity to pose questions to Canedy, will launch simultaneously. The program can be found on Facebook, Instagram and YouTube.

About Kentucky to the World

Kentucky to the World, Inc. (KTW) is a 501(c)(3) nonprofit cultural organization whose mission is to enhance the reputation of Kentucky, its people and its assets by featuring and promoting the stories of extraordinary individuals who are passionate about their Kentucky ties. KTW inspires Kentuckians of all ages to realize their own potential and boosts awareness of the state’s positive impact across the country and around the world.