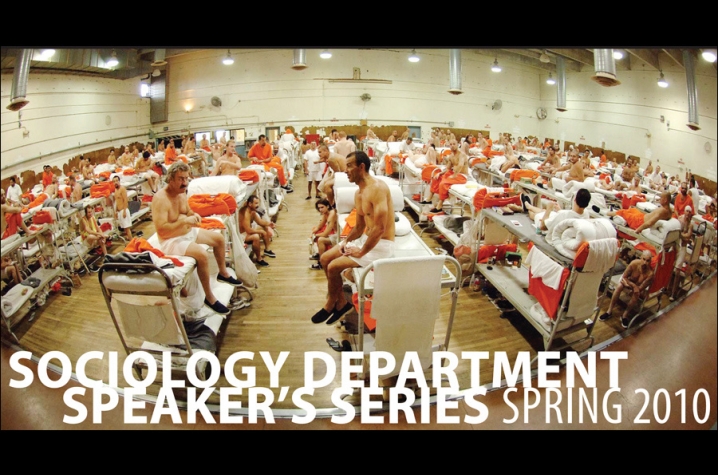 LEXINGTON, Ky. (April 13, 2010) - Over the last 30 years, the prison population in the United States has increased more than seven times to over two million people. Close to 60 percent of black male high school drop-outs in their early 30s have spent time in prison.

With that many people involved, there's bound to be some consequences.

Harvard sociology professor Bruce Western will explore the roots and results of incarceration this week at the annual Beers Lectureship in Sociological Methods at the University of Kentucky.

Western will hold a Workshop on Methods of Inequality from 2:30 to 4:30 p.m. Thursday, April 15, in the John Jacobs Niles Gallery of the Lucille Caudill Little Fine Arts Library as well as a lecture titled, "The Causes & Costs of High Levels of Incarceration in America" from 11 a.m. to 1 p.m. Friday, April 16, in the Gallery of the William T. Young Library.

Western's recent work focuses on the link between social inequality and the growth of prisons and jail population in the U.S. He has found that the penal system has become a common presence in the lives of poor Americans, with lasting effects on their life chances. Serving time in prison reduces earnings, skews statistics on wages and employment and destabilizes families.

Western, also the director of the Multidisciplinary Program in Inequality and Social Policy at the Kennedy School of Government at Harvard, found that rising rates of imprisonment among young black men without college educations have caused a rift in African-American society and that those with less education are increasingly separated from those with higher education.

Western was a Guggenheim Fellow in 2005, a Jean Monnet Fellow with the European University Institute between 1995 and 1996 and is an elected fellow of the American Academy of Arts and Sciences. He received the James F. Short Jr. distinguished article award, Crime, Law and Deviance Section of the American Sociological Association in 2006 for his article "Black-White Wage Inequality, Employment Rates, and Incarceration."

"While this can be an emotional topic, Professor Western dissects it with a statistical scalpel that lays bare the facts and causes of this national phenomena," said sociology professor and event organizer Tom Janoski. "Anyone interested in the future (or demise) of freedom in this country should pay attention to his analysis."

The Beers Lectureship is presented in honor of the late professor Howard Wayland Beers by the departments of Sociology and Community & Leadership Development and co-sponsored by the UK Center for Poverty Research and the Quantitative Institute for the Social Sciences.