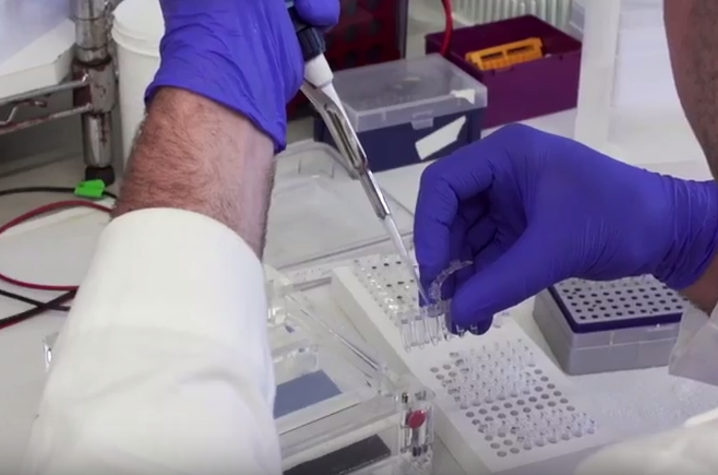 In alternative splicing, the molecule being spliced – a form of RNA known as precursor messenger RNA (pre-mRNA) – is an intermediate species between the DNA template that contains the instructions to make a protein and the protein product that is ultimately generated by following those instructions. During this process, the cell’s splicing machinery cuts out segments of the pre-mRNA. It then splices the remaining pieces together to create the mature mRNA that will be used to make a protein. Many pre-mRNAs can be spliced in different ways, and the disparate mRNAs that result are used to produce unique variants of the corresponding proteins.

But most RNAs are not used to make proteins. Among these so-called non-coding RNAs are small nucleolar RNAs (snoRNAs), which guide certain RNA-modifying proteins to their job sites. Curiously, the absence of some snoRNAs is tied to diseases, including certain cancers and Prader-Willi syndrome, a genetic form of obesity. These links indicate that snoRNAs do more than direct RNA modification.

In collaboration with Professor Ruth Sperling of the Hebrew University of Jerusalem, Stamm’s laboratory found that some snoRNAs engage with newfound cellular partners to regulate alternative splicing. Since alternative splicing can regulate protein function, the researchers suspect that this role of snoRNAs might explain why the absence of certain snoRNAs is associated with disease.

If missing snoRNAs are a cause of some diseases, Stamm hypothesized, then replacing the missing snoRNAs with synthetic surrogates should be effective in treating those diseases. To test this hypothesis, Stamm collaborated with Professor Ronald Emeson of Vanderbilt University.

Stamm’s previous work had revealed that SNORD115, a snoRNA that is not produced in people with Prader-Willi syndrome, regulates the alternative splicing of serotonin 2C receptor’s pre-mRNA. Since this receptor is involved in controlling appetite and food consumption, Stamm’s observations suggested that alternative splicing-induced changes in its function may contribute to the drive of people with Prader-Willi syndrome to overeat. He collaborated with Emeson to determine whether a synthetic replacement for SNORD115 might be successful in treating this condition.

“In order to stop these patients from overeating, we looked for a way to substitute this snoRNA,” said Stamm. “We identified an oligonucleotide – a short strand of RNA – that could mimic the effect of the naturally-occurring snoRNA.”

“This shows that food consumption is regulated at the level of alternative splicing,” said Stamm, “and that we can interfere with this system using an RNA oligonucleotide.”

While the missing snoRNA in Prader-Willi syndrome may have inspired the design of this new treatment strategy, the implications extend beyond the rare genetic disorder.

“What’s fascinating is that, because Prader-Willi syndrome is a genetic disease, it’s basically an exaggeration of normal obesity,” said Stamm. “From this, we can learn new ways to treat obesity in the general population.”