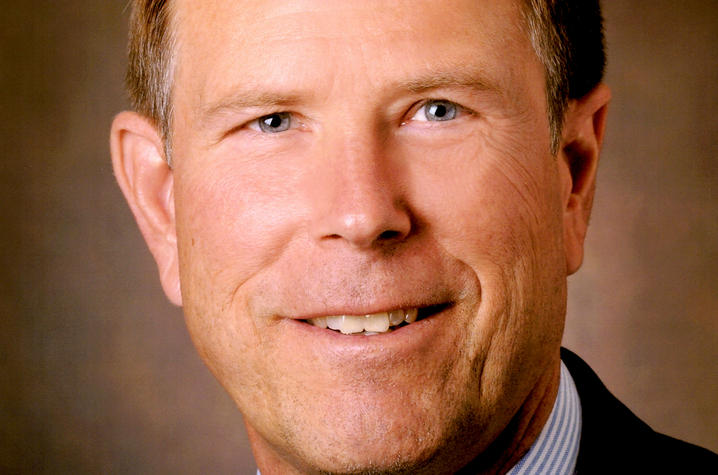 LEXINGTON, Ky. (March 24, 2016) — Distinguished Professor in Arts and Sciences for 2015-16 Charles R. Carlson, will present the honorary lecture on March 28, titled “Breathing Entrainment for Self Regulatory Gain: Using Programmatic Research to Improve the Management of Motion Sickness and Chronic Orofacial Pain.” Carlson is a professor of psychology in the University of Kentucky College of Arts and Sciences. The Distinguished Professor’s reception and lecture will be held at 7 p.m. Monday, March 28, in the UK Athletics Auditorium of William T. Young Library.

Carlson’s presentation describes his examination of chronic muscle pain in the head and neck regions, as well as the development of self-regulating strategies for the management of this chronic pain condition.

Much of Carlson’s research focuses on helping people better manage and control their responses to physical — especially orofacial — and psychological pain. He has published more than 115 papers in this area, including examinations of diaphragmatic breathing strategies. He also developed a virtual reality paradigm that mimics high-risk situations for young women (e.g., sexual assault) and used it to study techniques for helping women cope with painful situations.

Carlson has also proved the worth of virtual reality procedures in understanding how self-regulation training can prevent motion sickness and has examined the efficacy of such training in moderating responses to painful stimuli in women who have experienced sexual trauma. He is presently developing a mobile app to teach diaphragmatic breathing skill without the use of a professional therapist.

Since 2008, Carlson has been the Robert H. and Anna B. Culton Professor of Psychology in conjunction with UK's Center for Research on Violence Against Women. In 2007, the Kentucky Psychological Association named him the Psychologist of the Year.

Carlson’s accomplishments in teaching and mentoring are as noteworthy as his research. His signature contribution to classroom teaching is a 216-person introductory course in developmental psychology that always receives top ratings from students. Due to the very large demand for introductory courses in developmental psychology, Carlson developed an online version of his course which now enrolls 500-600 students during the academic year.

Carlson also receives top student evaluations in all his courses. In addition, he is an outstanding mentor of doctoral students. All 20 of Carlson’s doctoral students have gone on to excellent professional positions. For over two decades Carlson has also provided clinical supervision to graduate students, interns and residents at UK’s Orofacial Pain Center. Over the past five years, he has developed an internship program for students in clinical psychology, which will be evaluated for possible accreditation by the American Psychological Association.

Carlson is also an accomplished service provider. He was chair of his department from 2004-10, has been director of research and behavioral medicine in the Orofacial Pain Center for many years, and has a joint appointment in the UK College of Dentistry. He has served on the search committees for a UK provost and deans of two other colleges.

A diplomat of the American Board of Professional Psychology, Carlson was on the Executive Council of the American Academy of Orofacial Pain from 2010-2013, has served on multiple major committees of the same academy, and is a consultant to the National Naval Medical Center. He has practiced as a clinical psychologist since 1984.